Having grown up reading Panchatantra and Aesop’s Fables, many of us were surrounded by stories featuring animals. While children tend to gravitate towards animal stories, we adults also stand to learn a lot through these fictional animals. These animals might have imparted wisdom through their tales, or brought out animal cruelty in their stories, and sometimes, even carried out adventures on their own. There’s no denying that these animals have carved out a special place in our hearts and minds. From the mighty Aslan to the loyal Hedwig and from the hard-working Boxer to everyone’s favourite, Winnie-The-Pooh, we bring you a list of some of the most memorable animals in literature. 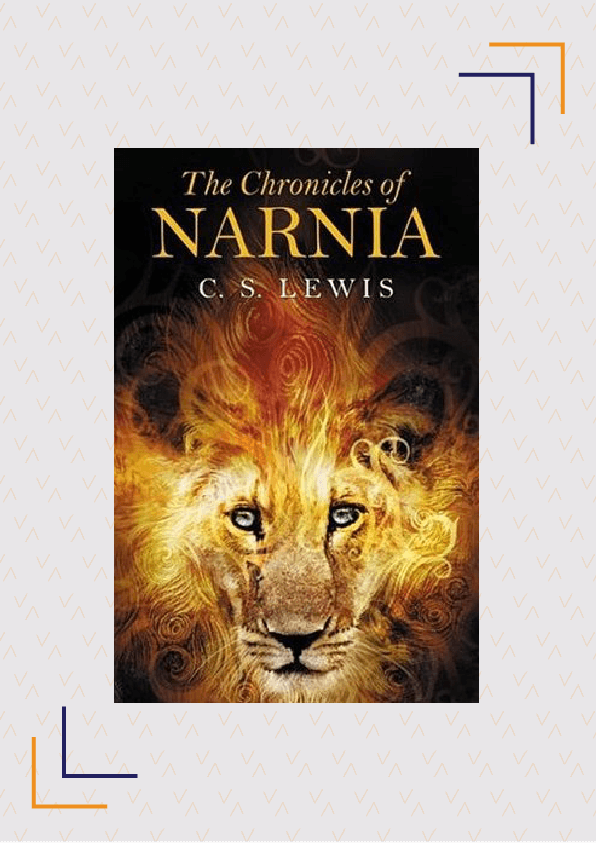 The Chronicles of Narnia

The creator and ruler of Narnia, Aslan is a magnificent lion in C.S. Lewis’ The Chronicles Of Narnia. He represents everything that is good in the world, and as protector of Narnia, he comes to the aid of his subjects whenever he is needed. His subjects love him for he is fiercely loyal, warm, kind and encouraging to all. He can change shape at will, appear magically anywhere he wants, and even has healing abilities. The series would feel incomplete without a character like Aslan as he continuously comes to the aid of the Pevensies (the protagonists of the series) in their many adventures. 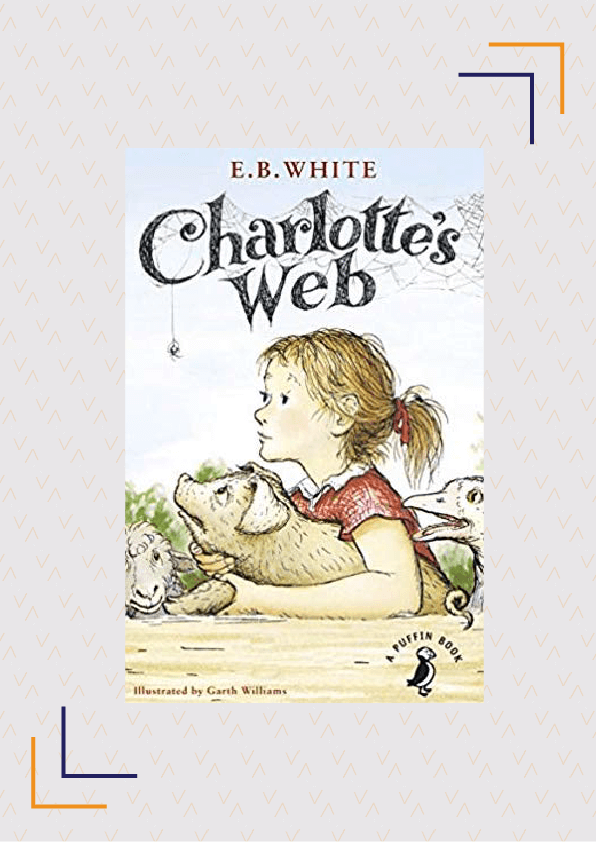 Charlotte A. Cavatica, or simply Charlotte, is a brave and clever spider in the classic children’s book Charlotte’s Web. She lives in a barn and not only befriends a pig named Wilbur but also sets out to save him from getting slaughtered. She proves herself to be a loyal friend till the very end. Based on a real spider that the author E.B. White encountered, Charlotte taught us the real meaning of friendship and bravery whilst we were still young. 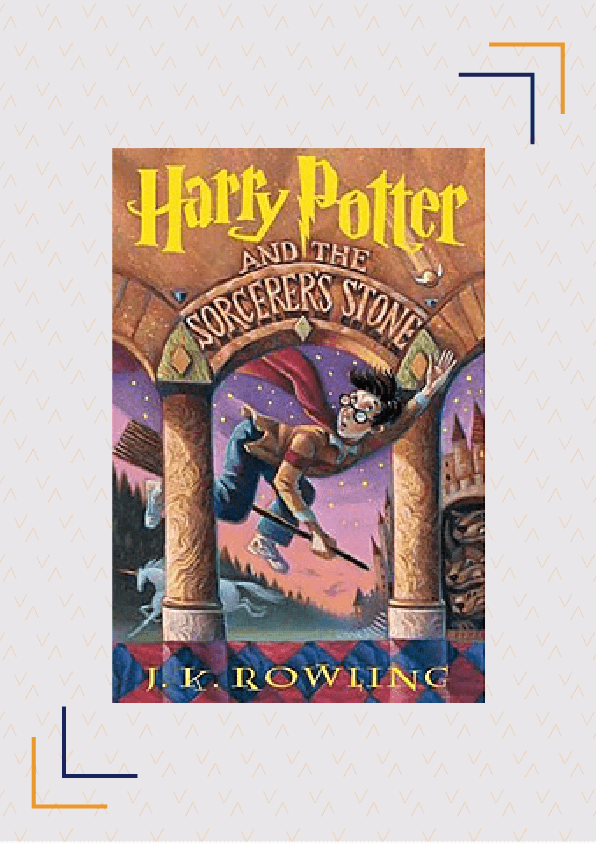 As Harry Potter’s pet owl, Hedwig remains one of the most important characters in the series. Given by Hagrid as a birthday gift to Harry, Hedwig was a handsome snowy owl, and in Harry’s words, “the only friend he had at number four, Privet Drive”. Fiercely loyal and affectionate, Hedwig was a constant companion to Harry, always knowing where to find her master. Smart as a whip, she became an important part of Harry’s fight against Voldemort. Sacrificing herself for Harry, Hedwig is fondly remembered by Potterheads all around the world. 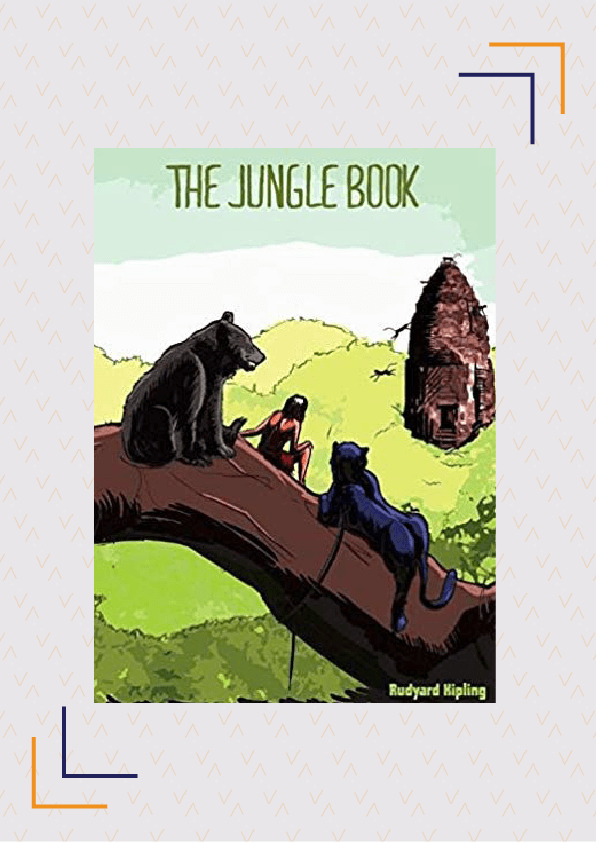 Many of us grew up reading and watching The Jungle Book, and it’ll be hard to find anyone who is unfamiliar with Mowgli’s mentor, Bagheera. When the orphan Mowgli was found in the jungle, this otherwise ferocious panther turned soft. A cunning animal by nature, Bagheera rose above it to help the wolves raise, train and protect Mowgli. Described as “bold and reckless”, he has the utmost respect of the entire jungle, and even Shere Khan is wary of him. 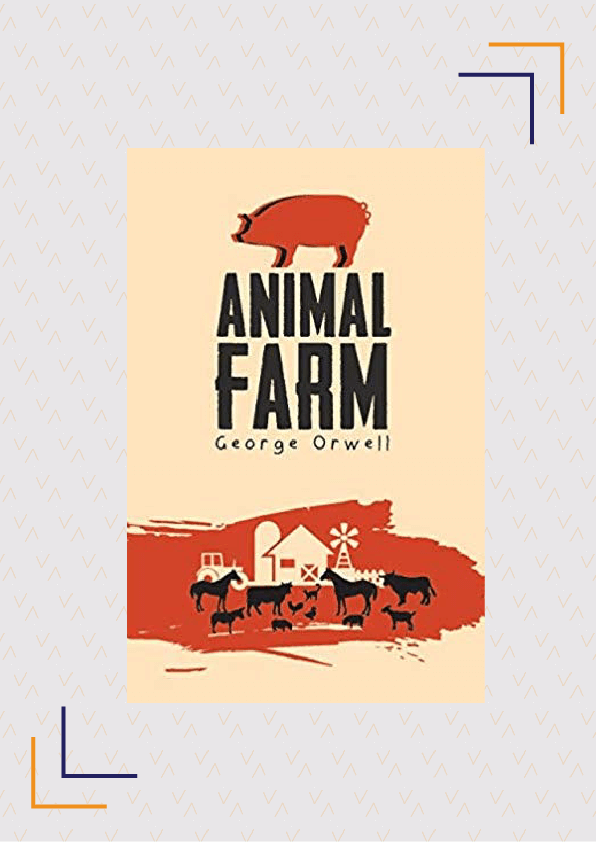 In George Orwell’s dystopian political satire, Animal Farm, an animal revolution is being planned in order to overthrow the humans on the farm. A horse named Boxer proves to be invaluable to the rebellion. About six feet tall, he works harder than anyone else, but unfortunately remains naïve and innocent, and is taken advantage of. Even though he collapses, Boxer continues to think of his work first. Working tirelessly for the good of the farm and later on for the revolution, Boxer is a pitiful creature whose only motto is “working hard”. Serving as a metaphor for the Russian working class, Boxer not only touched our heart, but also made a permanent home in it. 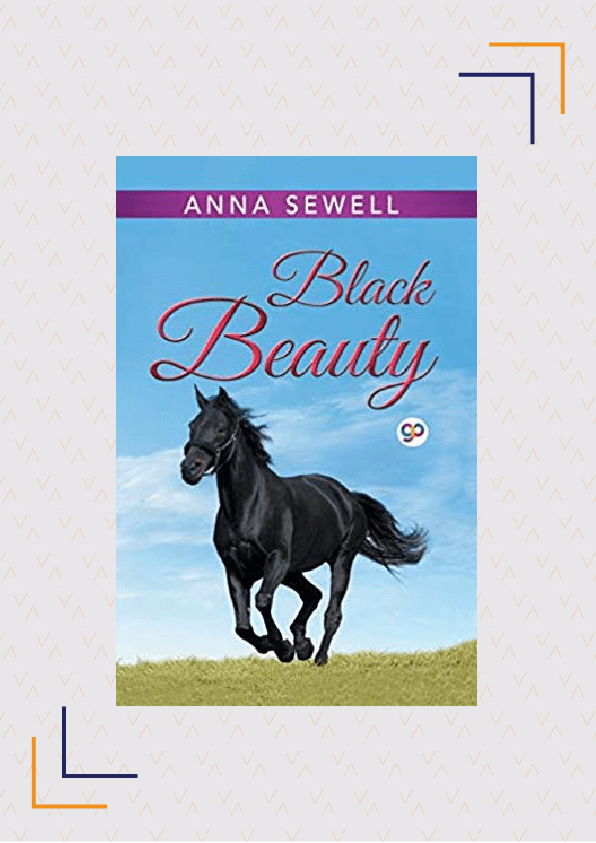 Black Beauty is a majestic horse living a carefree and easy life drawing  the carriages of the wealthy in 19th century England. He is friendly and well-mannered, and strives to serve his masters to the best of his ability. But an unfortunate accident leaves him unfit to serve the rich, and he is forced to pull cabs in the city. He goes through multiple owners, some of whom even abuse and beat him, but through it all, Black Beauty perseveres. As we read about his life, in his own words, we can’t help but feel more compassionate towards horses and other animals. It’s no wonder that Anna Sewell’s Black Beauty is often credited with providing a much needed wake-up call towards the humane treatment of horses. 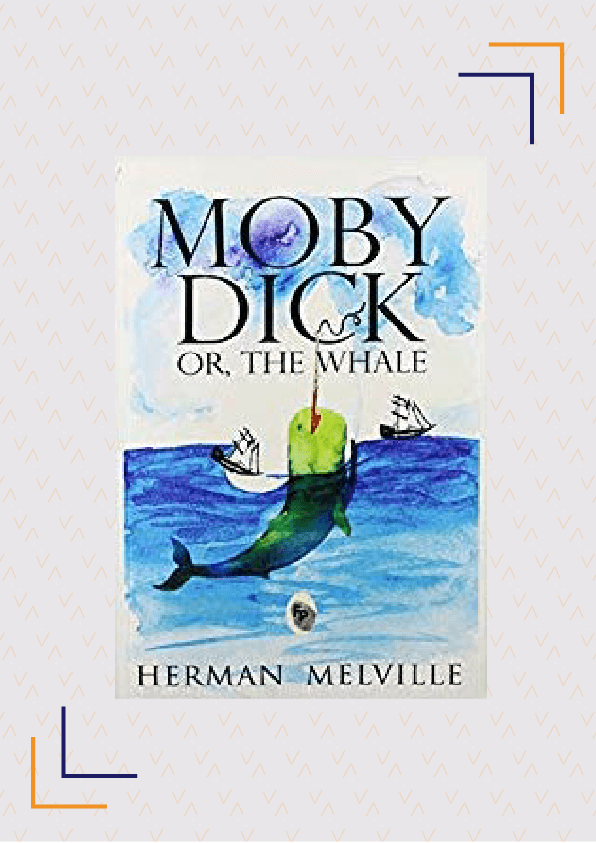 This sperm whale played villain to a human voyager, and became quite a memorable character in literary history. In the novel, the eponymous Moby Dick is longer than 90 feet and is constantly on the lookout for whaling ships which he can destroy. He bites off Captain Ahab’s leg, and the Captain is now out for revenge. The whale, a ruthless killer, whose only job seems to be destroy anything that comes it its path, has been interpreted as a symbol of God, nature or biblical monster. Whatever it might represent, this killer whale managed to instil dread in his victims, and the readers themselves. 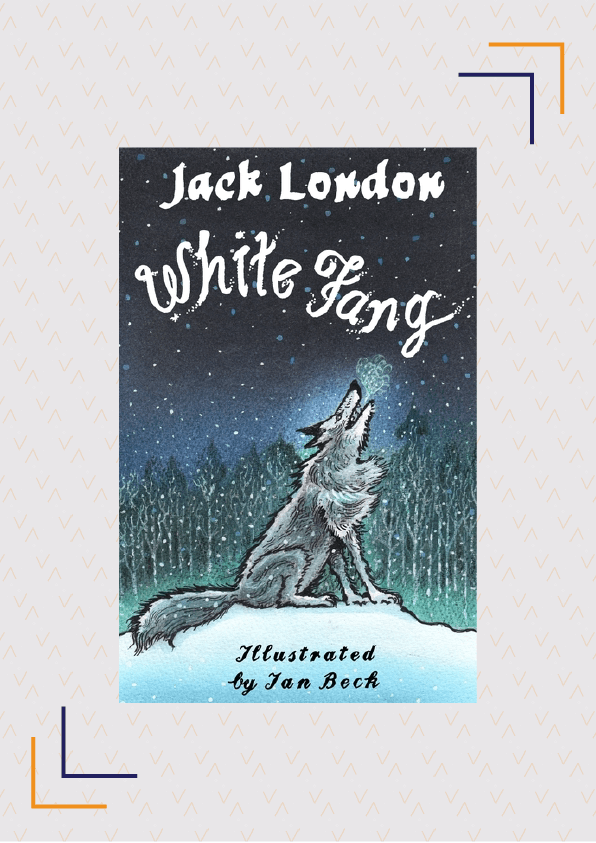 A wild half-wolf, half-dog, White Fang, is taken in by the Aboriginal people but is shunned by other pups because he is a mixed-breed. Casted out, White Fang turns savage and becomes a ferocious fighter; however, he doesn’t become needlessly cruel. Eventually, he is sold to a man who puts him up for dog fights where he is nearly killed. Luckily, White Fang is rescued by a kind man, becomes loyal to him and even ends up saving his master’s father’s life. White Fang’s journey will give you a glimpse of the violence animals endure on a regular basis. 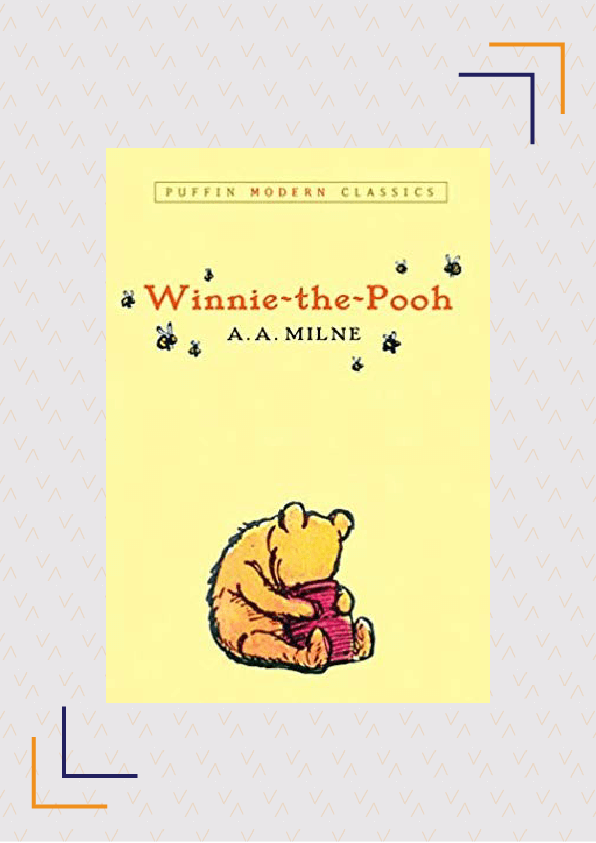 Who doesn’t remember the pudgy honey-drinking Pooh bear? Christopher Robin’s closest friend and partner in many of his adventures, Winnie-The-Pooh, is one of literature’s most beloved characters An anthropomorphic bear, Pooh is thoughtful and innocent but yet full of wisdom. Pooh not only taught us to take pleasures in the simple things in life and that sometimes good friends are all that we need, but also made us reflect on the innocence of childhood. Known for his love for honey and reciting poetry, Winnie-The-Pooh certainly enriched our childhood with his presence. 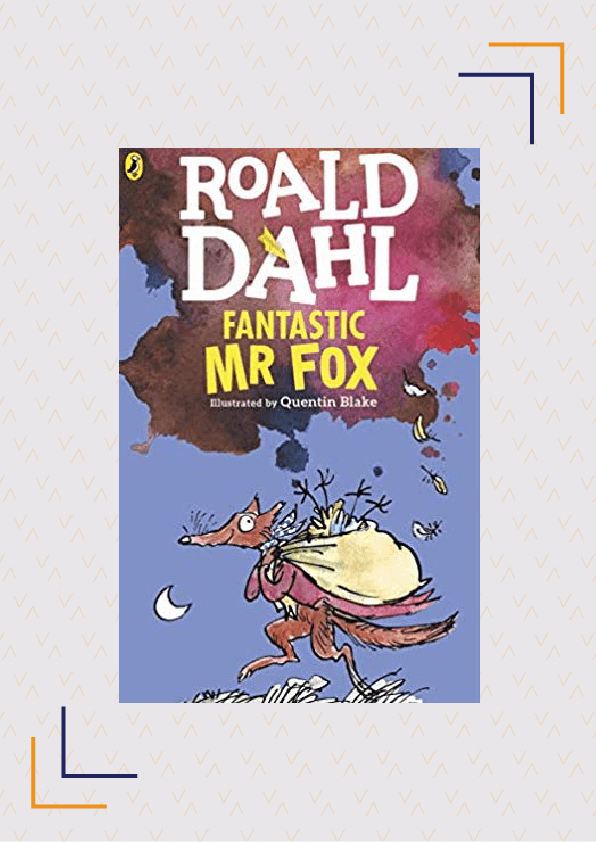 Roald Dahl’s Mr. Fox from Fantastic Mr. Fox needs no introduction. A sly and clever fox, Mr. Fox, lives with his wife and four children, and steals chickens from cruel farmers to feed his family. Mr. Fox wants to provide for his family and teach cruel humans a lesson, which he does by using his wit. We often come across foxes portrayed as sly and evil, but Mr. Fox is compassionate and helpful. Using his intelligence to con cruel humans while still thinking of other animals, Mr. Fox managed to be a “fantastic” example for children to follow.

But the book here.