In a letter to Helen Keller, Mark Twain wrote that every literary work is a form of plagiarism, one way or the other. Authors have been plagiarising works of other writers for ages. Most of them never realised that with the advent of the Internet it would be almost impossible to get away with it. Over the years, several allegations and accusations of plagiarism have been made. Here are 9 literary plagiarism scandals that came to light. 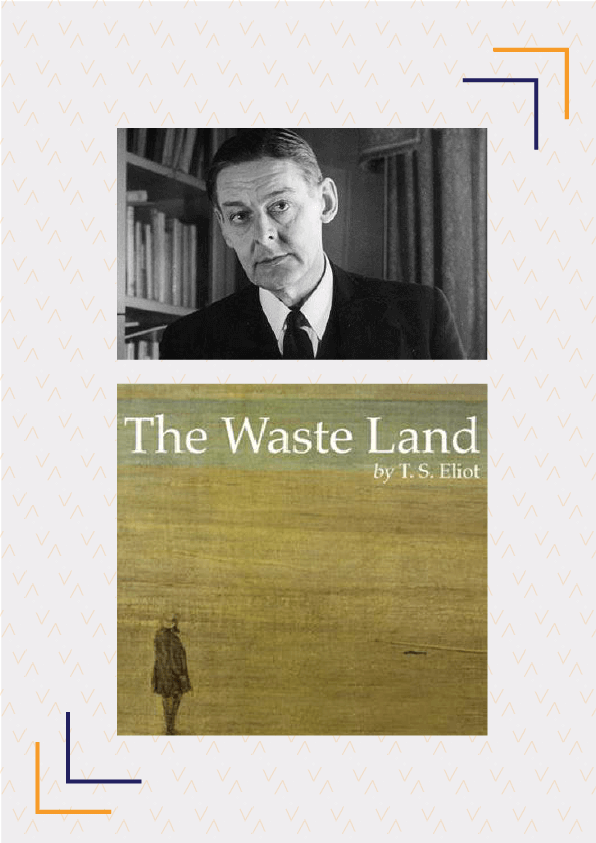 T. S. Eliot’s poem The Waste Land, considered one of the most important literary works of the 20th Century, is believed to be copied from James Joyce’s Ulysses. Eliot’s The Waste Land, published in 1922, also has similarities with another poem by Madison Cawein, which was published in the January 1913 edition of Poetry magazine. In light of this, it seems fitting that he said, “Immature poets imitate, mature poets steal.” 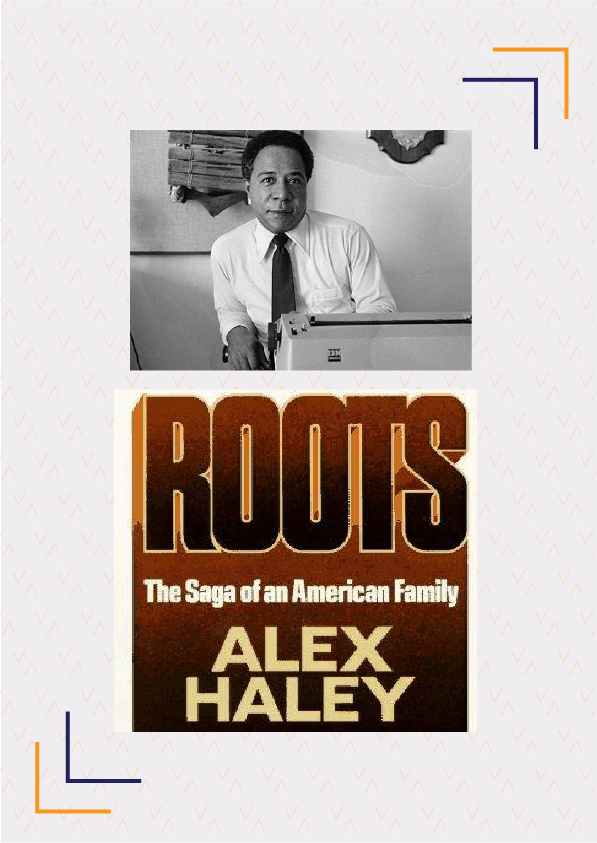 Roots: The Saga Of An American Family

Alex Haley is the author of the popular book, Roots: The Saga Of An American Family, for which he also won the Pulitzer Prize in 1977. The book recounts the lives of several generations of an African-American family living in America. Harold Courlander filed a lawsuit against Haley accusing him of plagiarising Courlander’s novel, The African. Later, Haley acknowledged that his book contained passages from Courlander’s novel, and they settled the case out of court in 1978. 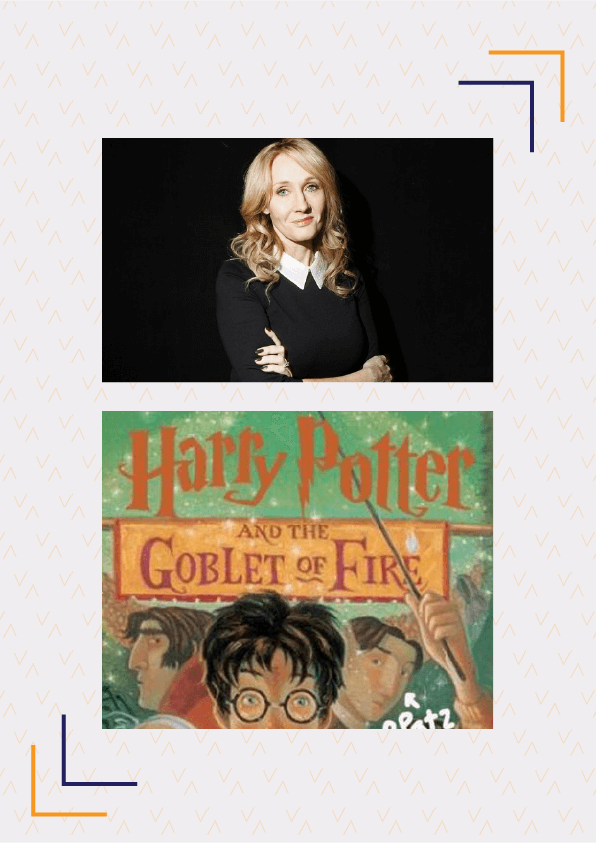 Harry Potter And The Goblet Of Fire

Paul Allen, trustee of the estate of Adrian Jacobs filed a suit against J. K. Rowling alleging that she had plagiarised parts of Harry Potter And The Goblet Of Fire from Jacob’s book, The Adventures Of Willy The Wizard. The case was dismissed because Allen failed to pay the security deposit by the appointed time. The judge had earlier made it clear that he thought the plagiarism claim was unlikely to succeed. The same claim had already been rejected in the U.S. where the judge made it clear that “any serious comparison of the two strains credulity.” Rowling said that the accusations were not only baseless but also absurd because she had never even seen the book before the case. 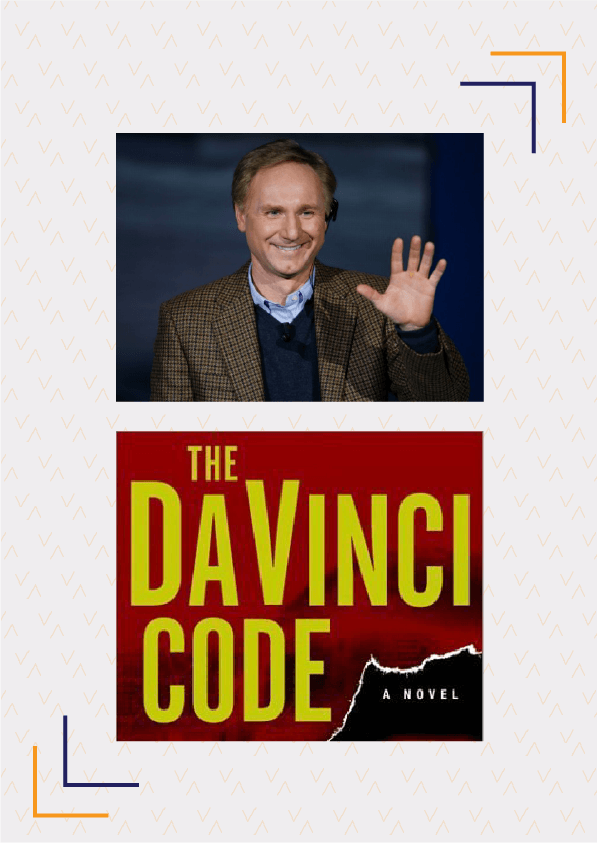 Dan Brown has been accused of plagiarism several times. In 2006, Richard Leigh and Michael Baigent sued Brown for allegedly plagiarising The Da Vinci Code from their book, The Holy Blood and The Holy Grail.  After they lost the case, they were ordered to pay 85% of the legal costs (approximately £1.3 million) incurred by Brown’s publisher. A year later, another author, Jack Dunn, sued Brown claiming that The Da Vinci Code was plagiarised from his 1997 novel, The Vatican Boys. While the case was dismissed in the U.S. in 2007, a decade later he has filed a new case against Brown in the U.K. after claiming to have discovered more instances of plagiarism in Brown’s book. 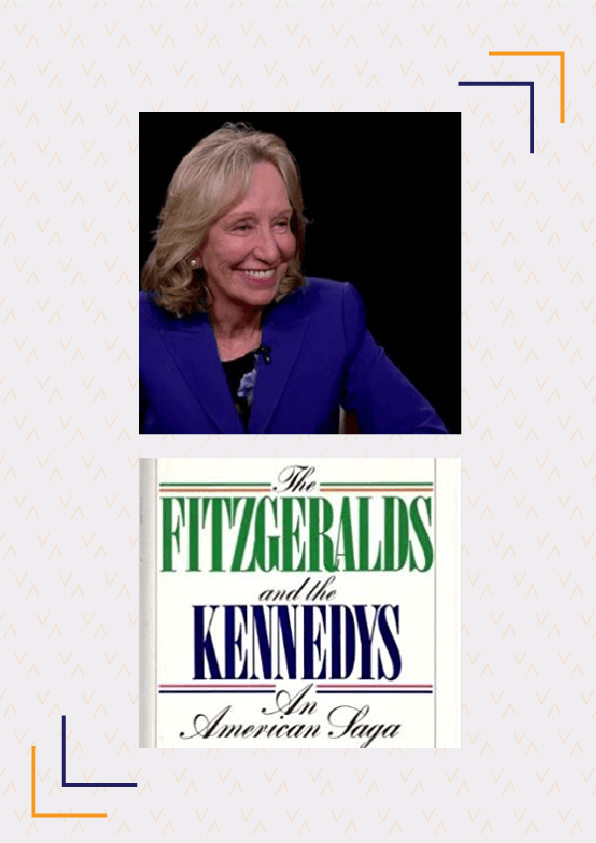 The Fitzgeralds And The Kennedys

Doris Kearns Goodwin is a historian and a biographer who won a Pulitzer Prize in 1995. In 1993, she accused a writer of borrowing content from her book, The Fitzgeralds And The Kennedys. Interestingly, in 2002, The Weekly Standard pointed out that her book itself had used phrases and sentences from three other books- Hank Searls’s The Lost Prince, Rose Kennedy’s Times To Remember, and Lynne McTaggart’s Kathleen Kennedy: Her Life And Times. Goodwin and McTaggart settled out of court. Later in the year, as a result of this scandal, she resigned from the Pulitzer Prize Board. 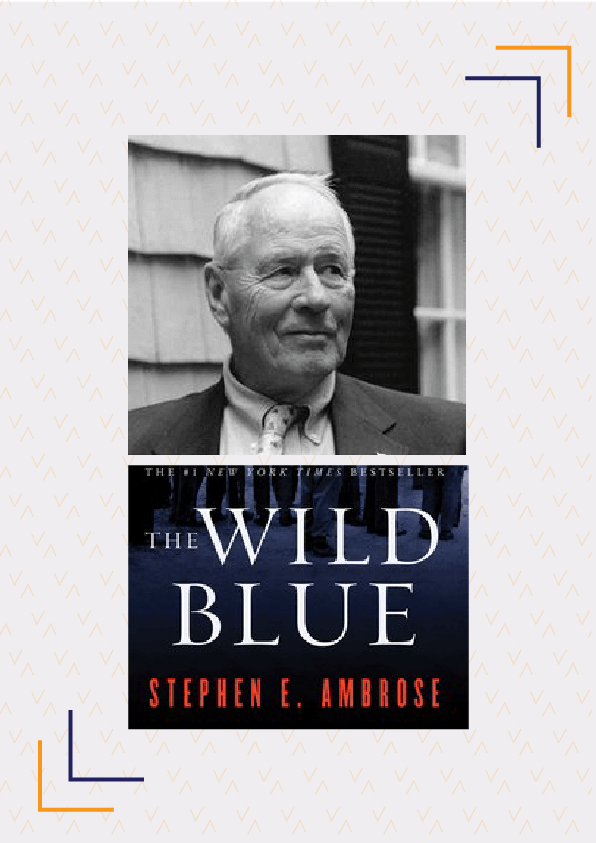 In 2002, Stephen Ambrose, a popular historian and biographer, best known for his 1992 book, Band Of Brothers, was accused of plagiarising the works of many historians. According to The New York Times, Ambrose had lifted entire passages from Thomas Childers’ book, Wings Of Morning and used them blatantly in his book, The Wild Blue. Both the books cover the stories of bomber pilots during World War II. In a further investigation by Forbes, similar cases of plagiarism were found in at least six of his books. 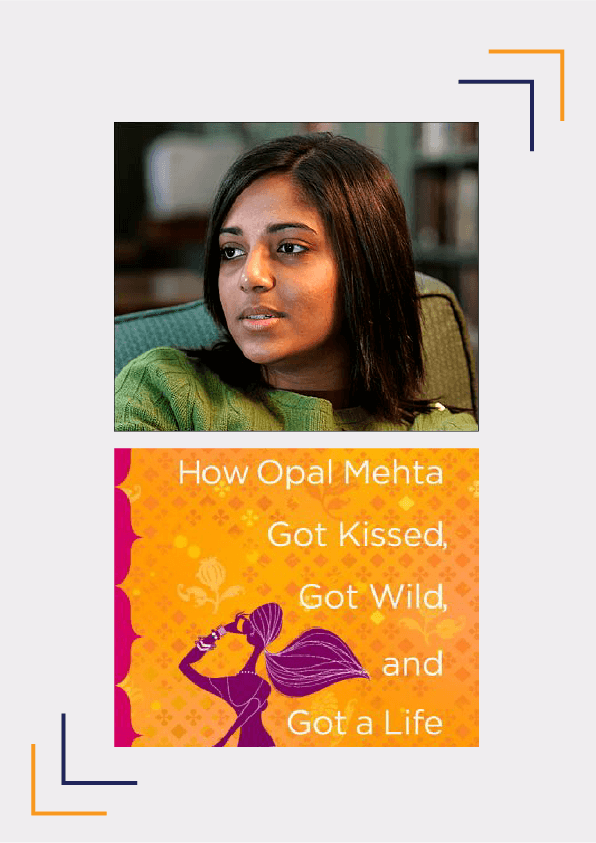 How Opal Mehta Got Kissed, Got Wild, And Got A Life

When Harvard sophomore Kaavya Vishwanathan published her first novel, How Opal Mehta Got Kissed, Got Wild, And Got A Life, The Harvard Crimson reported that her book and Megan McCafferty’s novels, Sloppy Firsts and Second Helpings had strikingly similar paragraphs. Later, more similarities were found between Vishwanathan’s novel and Sophie Kinsella’s Can You Keep A Secret? Some passages in her book are also believed to be borrowed from works of Meg Cabot and Salman Rushdie. After these events, not only was her book pulled from bookstores but her two-book deal was also cancelled. 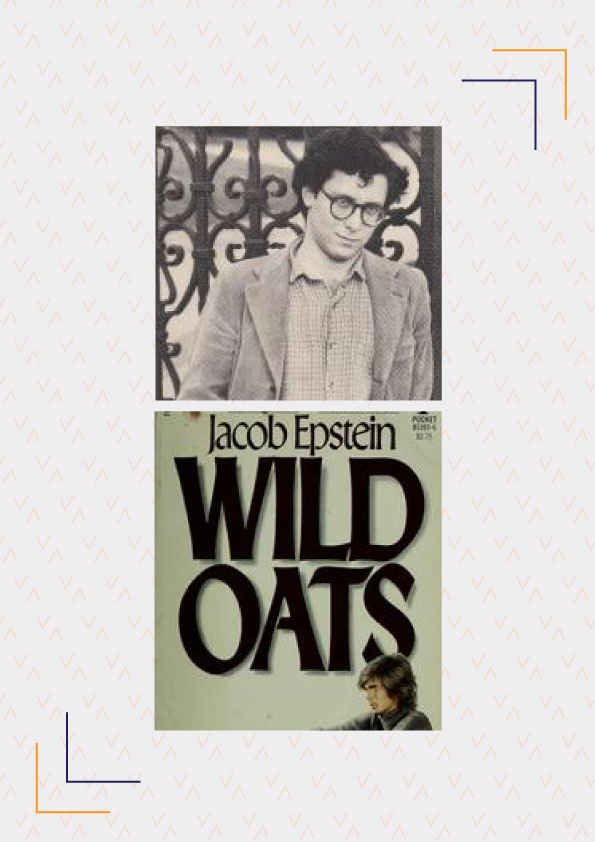 Jacob Epstein wrote his first novel, Wild Oats when he was a senior at Yale. In the Observer, Martin Amis accused Epstein of plagiarising more than 50 passages from Amis’ book, The Rachel Papers, and using them in Wild Oats. Later, Epstein apologised and admitted to plagiarising passages and images not only from Amis’ book but also from other books. After the events, Epstein stopped writing fiction and became a producer in Hollywood. 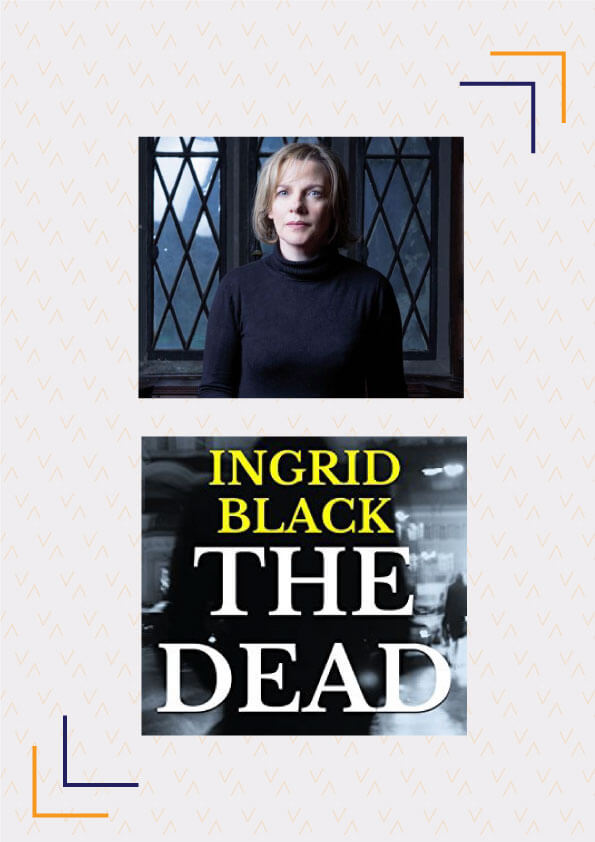 Ellis O’Hanlon is a journalist and novelist from Northern Ireland. She has published four novels with her co-author and husband Ian McConnel under the pseudonym, Ingrid Black. When she created a Twitter account for Ingrid Black, she came to know that a mysterious writer named Joanne Clancy is supposedly plagiarising her work and publishing it on Amazon. Clancy is believed to have copied the plot of Black’s novel The Dead while writing Tear Drop. Apparently, she merely rephrased the story and renamed the characters.

Another book by Clancy, Insincere was found to be strikingly similar to Black’s The Dark Eye. O’Hanlon immediately informed Amazon which not only removed both the books by Clancy, but also her entire account.

Have you read any of these allegedly plagiarised books? Do you know any other plagiarism scandal that we should have included? Feel free to share with us in the comments below.

10 Animals In Literature That We Can Never Forget

7 Most Misunderstood Villains In Literature 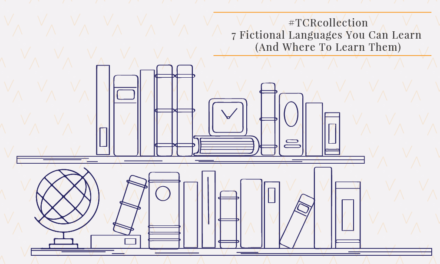 #TCRcollection: 7 Fictional Languages You Can Learn (And Where To Learn Them)