Greek tragedies were a form of theatre written and performed in 5th Century B.C. Greece to honour the God Dionysius. The three most famous playwrights were Sophocles, Euripides, and Aeschylus who competed in and won competitions every year. Traditionally, Greek tragedies were trilogies, with each play ending in a moment of catharsis experienced by the protagonist. Unfortunately, except for one, no complete trilogy has survived.

For any student or lover of literature, it is important to read and understand these works as they have had a large impact on modern day theatre and philosophy. For example, a lot of Shakespeare’s themes and structures were influenced by Greek tragedies, you can draw parallels to them with many of Richard Wagner’s works, and much of Immanuel Kant’s philosophy is derived from their teaching. 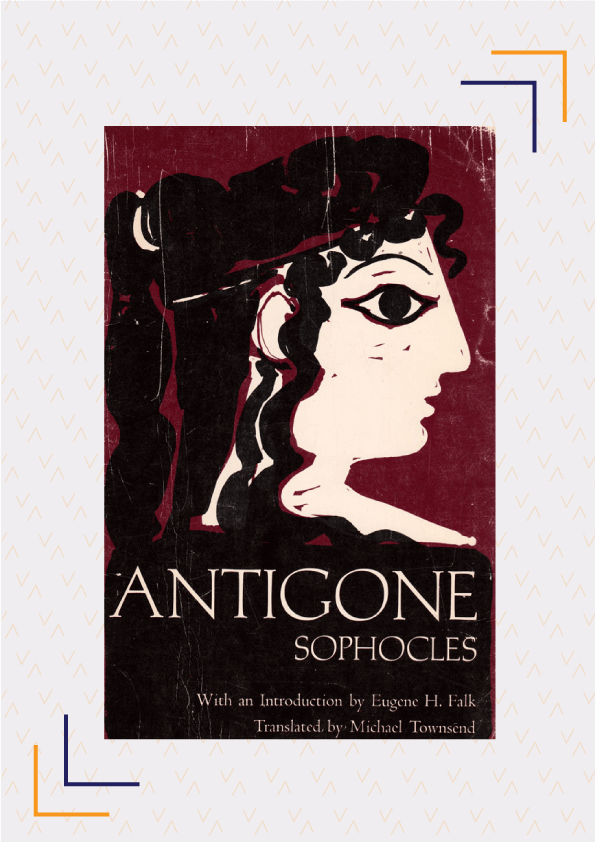 The story of the Greek princess Antigone, as told by Sophocles, is one of the more famous Greek tragedies. It is a story of love and sacrifice, of duty and honour, and of oppression and tyranny. It has strong feminist themes and characters, and most readers will be able to identify with these characters in the current political scenario. Although it is the third in the Theban Trilogy, it can be read independently. 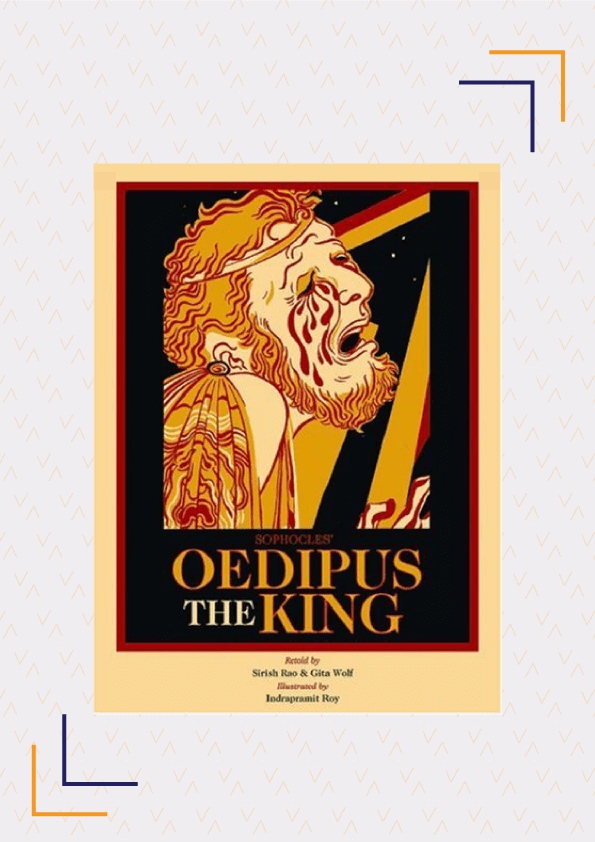 Most of us will recognise Oedipus from the psychological term Oedipal Complex, which finds its origins in this story. The play begins with Oedipus, who has become the King of Thebes after the previous king was killed. Unknown to Oedipus, not only is he the killer, but the previous king Laius was also his father. Furthermore, he has married the Dowager Queen, who is actually his mother. As one can expect, the play ends tragically. 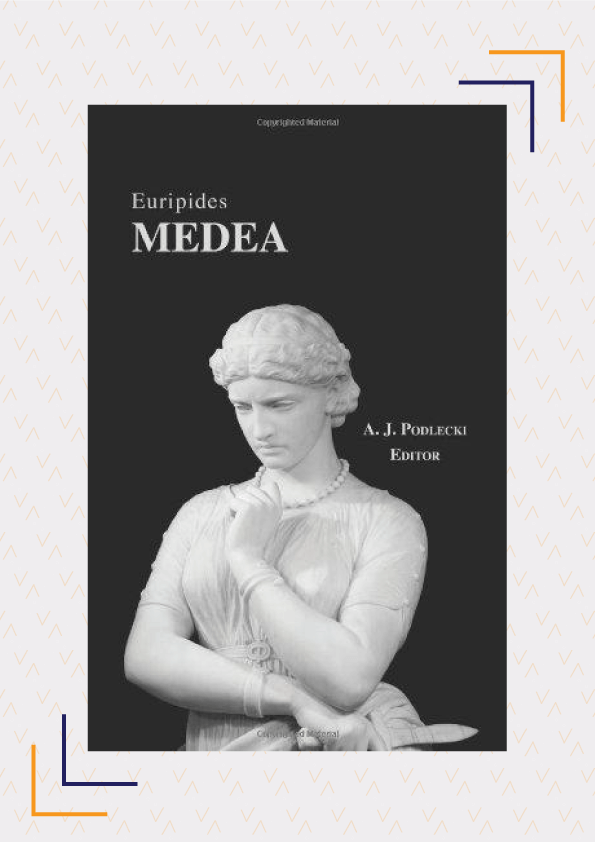 Considered by many scholars as Euripides’ best work, it is also one of the most tragic plays to have been written. Telling the story of Jason and Medea, this is a tale of love and revenge. Jason decides to leave his wife Medea and marry the rich princess Glauce instead. Medea exacts her revenge by first murdering Glauce and her father and then killing her own children, leaving Jason a broken man. 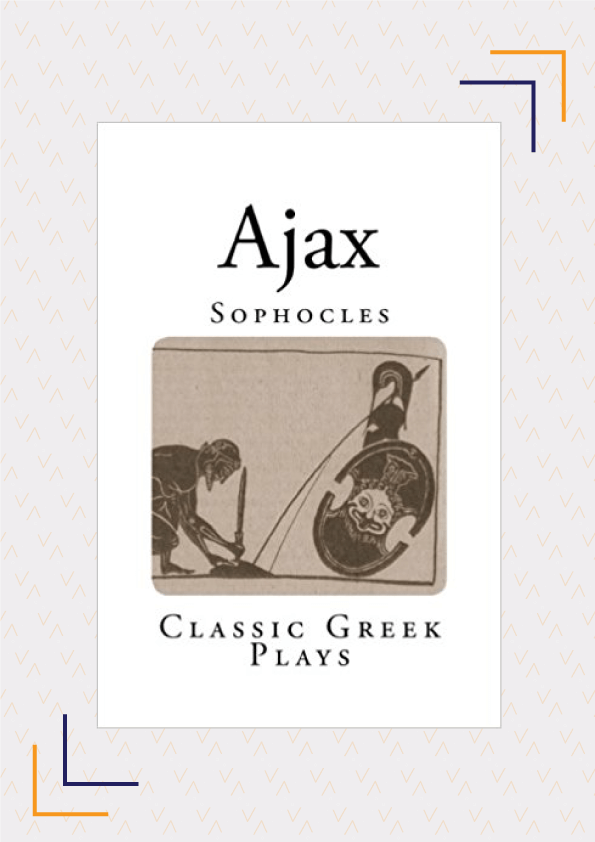 Written early in the famous playwright’s career, Ajax focusses on hate, greed, and anger and its ramifications. Ajax is a warrior of great repute, who felt he deserved certain rewards after fighting against and defeating the Trojans. When he doesn’t get them, he is driven mad by rage, ruins his life, and ends up dying an untimely death. 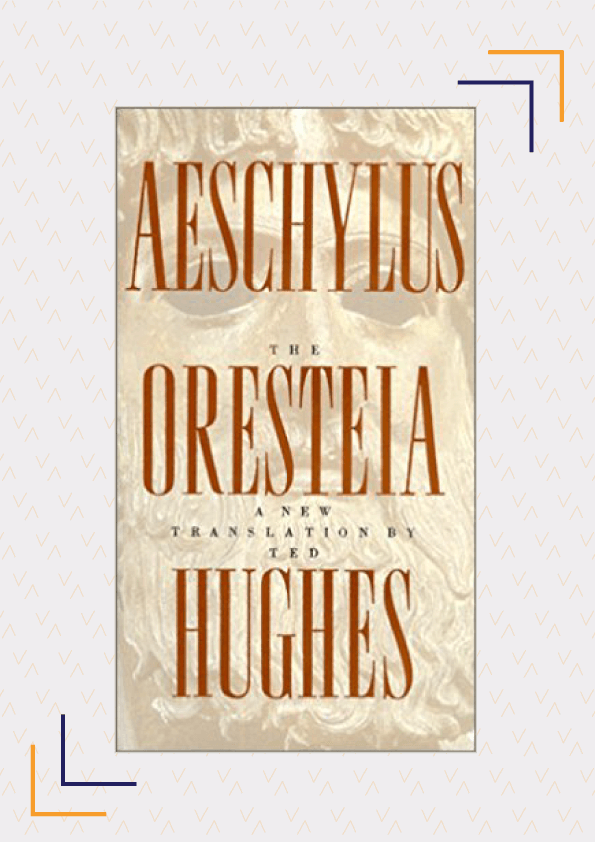 Not only is The Oresteia considered Aeschylus’s finest work, it is also the only complete trilogy to have survived the passage of time. Consisting of Agamemnon, The Libatian Bearers, and The Eumenides, it is important to read all three plays to get a complete understanding of the story and how Greek tragedies were structured. In the first play, Agamemnon returns to his hometown of Mycenae, victorious after the Trojan war, only to be murdered by his wife and her lover. The second play consists of the murder of the treacherous wife by their son, Orestes, and third is Orestes’ trial and ultimate pardoning by the Gods. 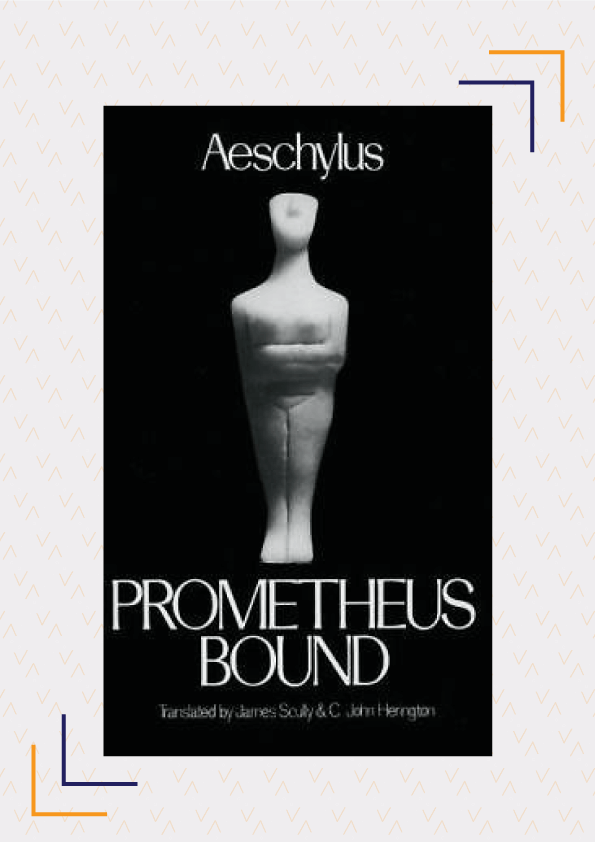 Although originally credited to Aeschylus, the authorship of this play is now under dispute. Prometheus, a Titan, is being punished by the Greek God Zeus for stealing fire from him and gifting it to mankind. The play begins with Prometheus bound by chains to a rock and ends even more tragically with him being sent to the depths of hell where his liver is eaten, only to regenerate and be eaten again every day for the rest of time. 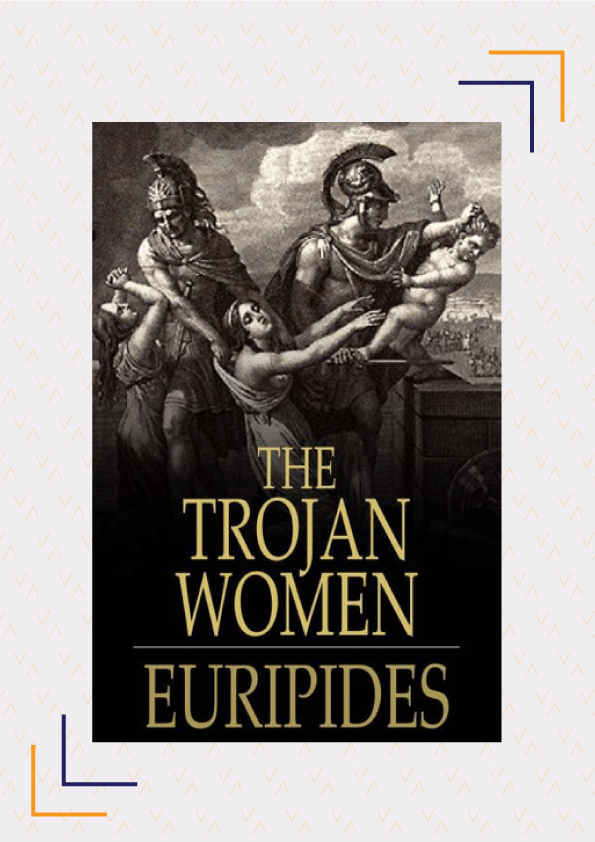 This play is extremely poignant as it talks about the aftermath of war and the suffering of the survivors. As the title suggests, it focuses on the plight of the noble women of Troy whose fates are being decided by the victorious Greeks. Each lady is ‘assigned’ to a Greek king, and is to be taken as a spoil of war. The play ends with them either being carried away or awaiting their miserable future of rape and subjugation. 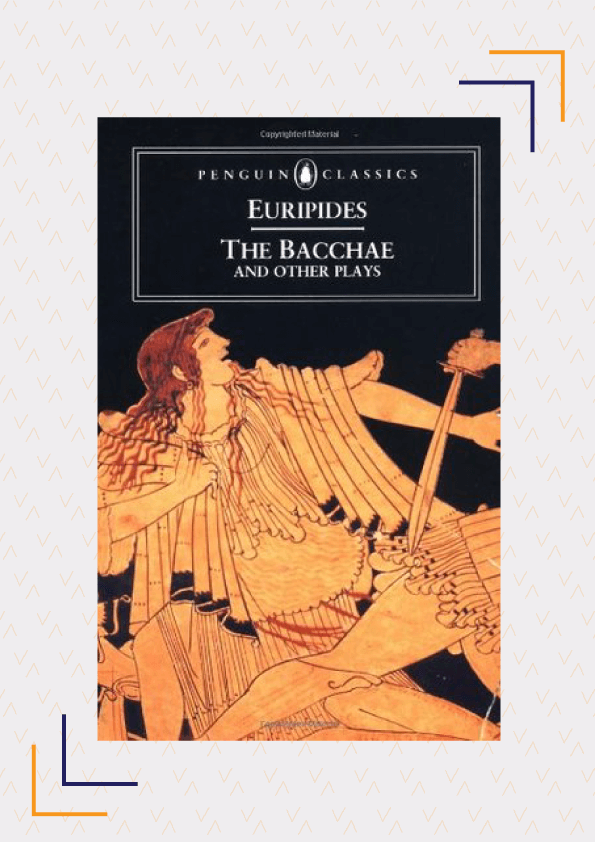 The Bacchae stands out from other Greek tragedies as the protagonist of the play is a God and not a human. The play is the story of Dionysius who feels wronged as his royal family refuses to acknowledge his divinity and writes him off as a lowly bastard. Dionysius metes out severe punishment by making the women of the town go mad, and ultimately causes his aunt to kill her own son. 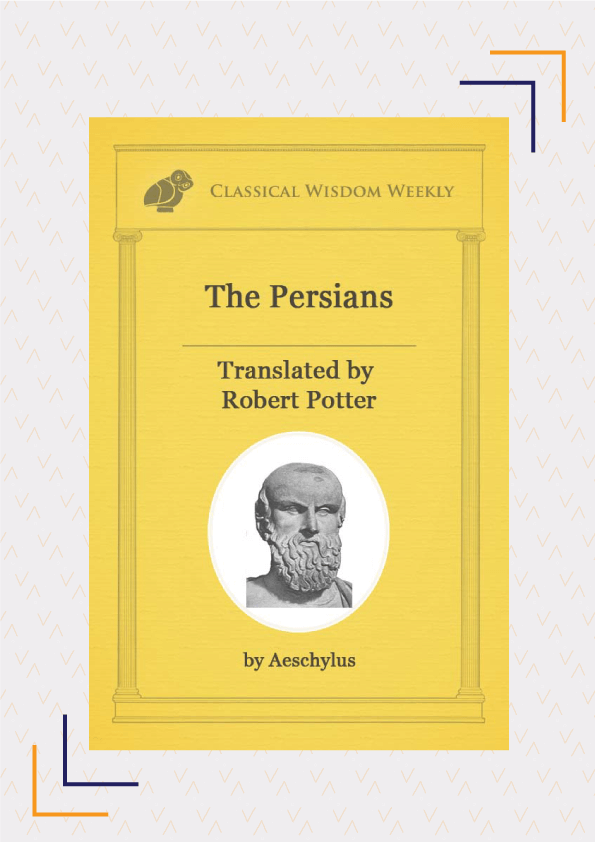 This play is different from the other Greek tragedies as it is based on real, contemporary events and not myth or ancient history like the others. Even its writing style and its depiction of blood and gore are very different from the typical Greek tragedy. It chronicles the defeat of the Persian king Xerxes at the hands of the Greek forces and focusses largely on the hubris of the Persian kings. This play gained popularity in the Roman and Byzantine era. 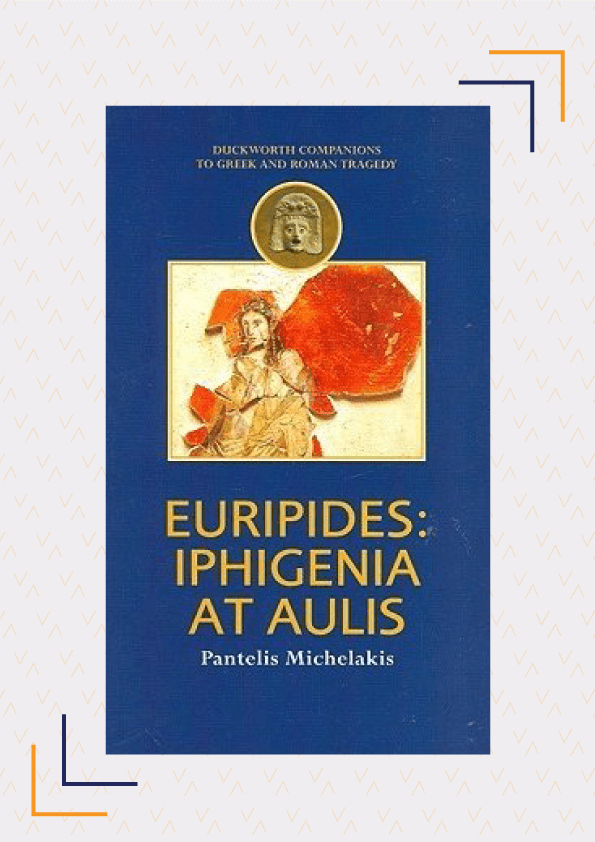 Like many Greek tragedies, this goes back to the Trojan War. One of the most emotional of all Greek plays, it explores the theme of sacrifice for the greater good. Agamemnon is asked to sacrifice his daughter Iphigenia in order to appease the Gods so they could continue their journey to Troy from Aulis. Euripides explores a mother’s grief and a warrior’s honour through the stories of Clytemnestra and Achilles respectively. The debate between the duty of a king and that of a father is also highlighted through Agamemnon’s predicament.