Although graphic novels have long been dismissed as a less serious form of literature, they have gained some credibility over the past two decades. They are an excellent medium to deal with complex subjects and a lot of novelists have turned to them to vividly bring a subject to life. In this list, you’ll find 10 graphic novels which deal with the difficult subject of loss and how people have come to terms with it. This list is part of The Extraordinary Reading Challenge 2018. 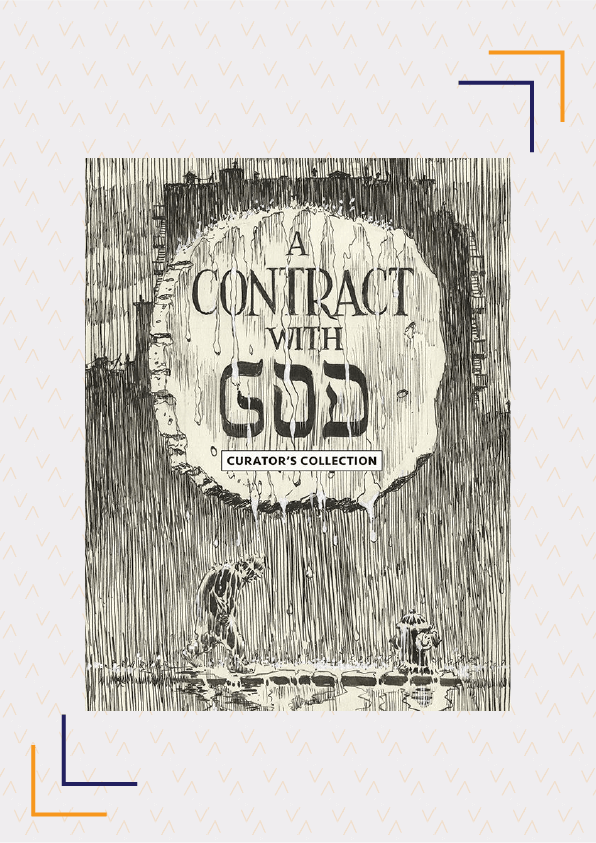 A Contract With God

Will Eisner created the genre of graphic novels in 1978 when he published A Contract With God, which is considered the first modern graphic novel. The novel itself consists of four short stories which give us a glimpse of life in the tenement at 55 Dropsie Avenue. The titular story opens with Frimme Hersh losing his daughter. This loss causes him to question his relationship with God, give up his faith and go from being a prominent religious and social figure to becoming a slumlord. However, this does not fill the emptiness he feels. The remaining three stories feature a has-been street singer, an anti-Semitic superintendent driven to commit suicide, and some of the tenants who are holidaying in the Catskills. 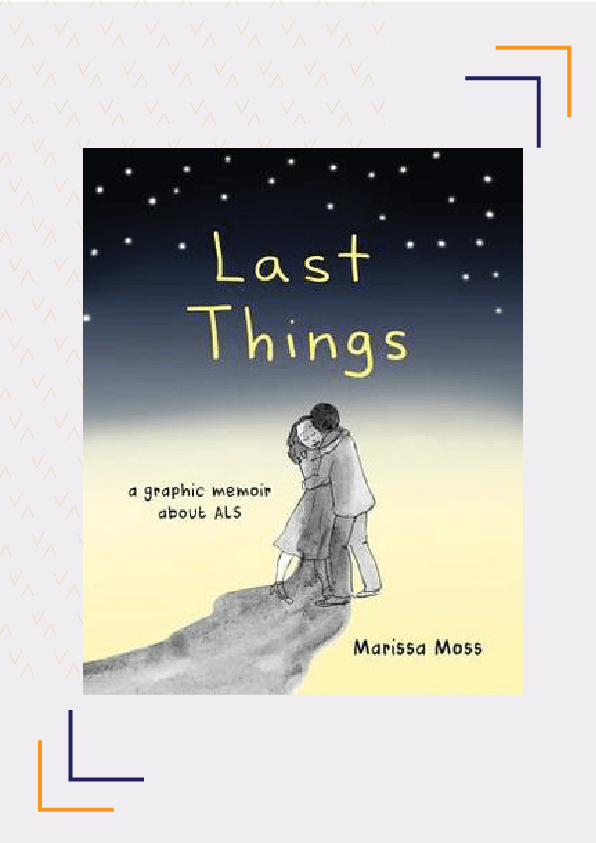 Last Things: A Graphic Memoir Of Loss And Love

Marissa Moss’ black-and-white graphic memoir details her personal journey as she copes with her husband’s illness. After her husband is diagnosed with ALS, Moss found herself caring for her husband whose disease was progressing quickly while trying to maintain a sense of normalcy for her three young sons. Meanwhile, her husband pushes everyone away and refuses to accept his limitations. Within seven months, he is dead and Moss’ honest tale bears testament to her and her family’s resilience as they rise above their grief. 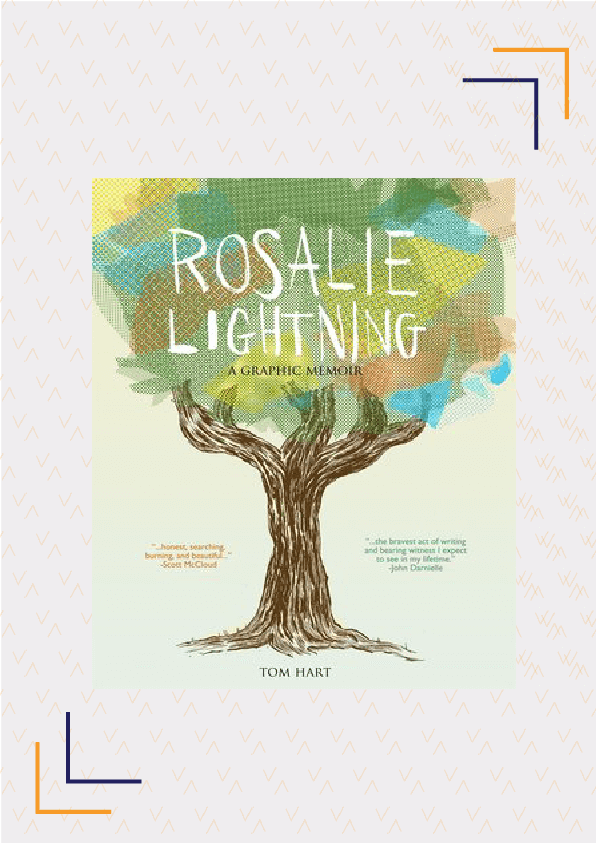 Rosalie Lightning is one man’s brave attempt to come to terms with the unexpected death of his 2-year old daughter, Rosalie. He articulates his and his wife’s journey as they find solace, and navigate their grief and despair to finding hope again. This is as much a tribute to Rosalie as it is a heartbreakingly honest memoir where Hart explores what happens when someone loses a child. 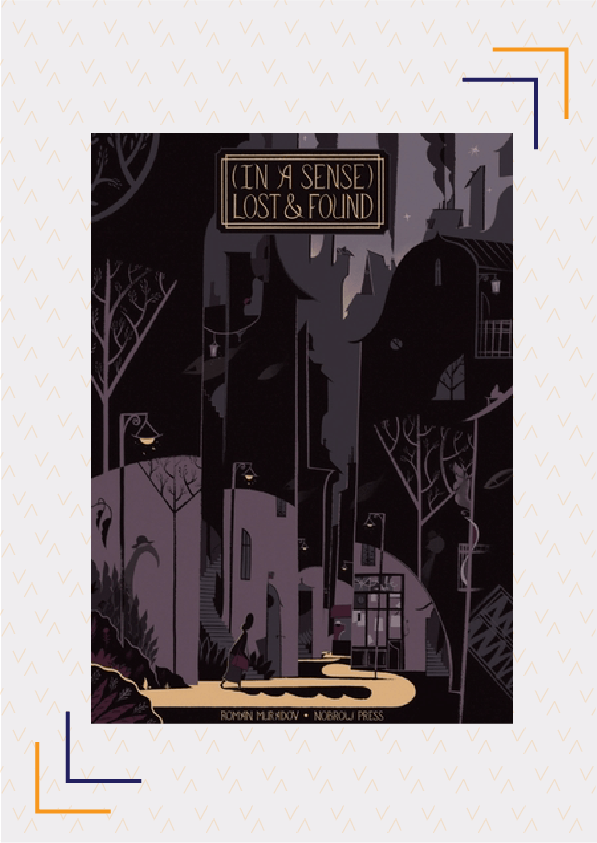 (In A Sense) Lost And Found

In Muradov’s debut graphic novel, innocence is treated as an object- something to be used, traded or even lost and found. The novel begins with the protagonist waking up to discover that her sense of innocence is missing. As she goes on a journey to find her innocence, she finds herself in strange settings even as she discovers a hidden world. This short but surreal novel will take you on a trip filled with spellbinding illustrations and dialogue full of wordplay. 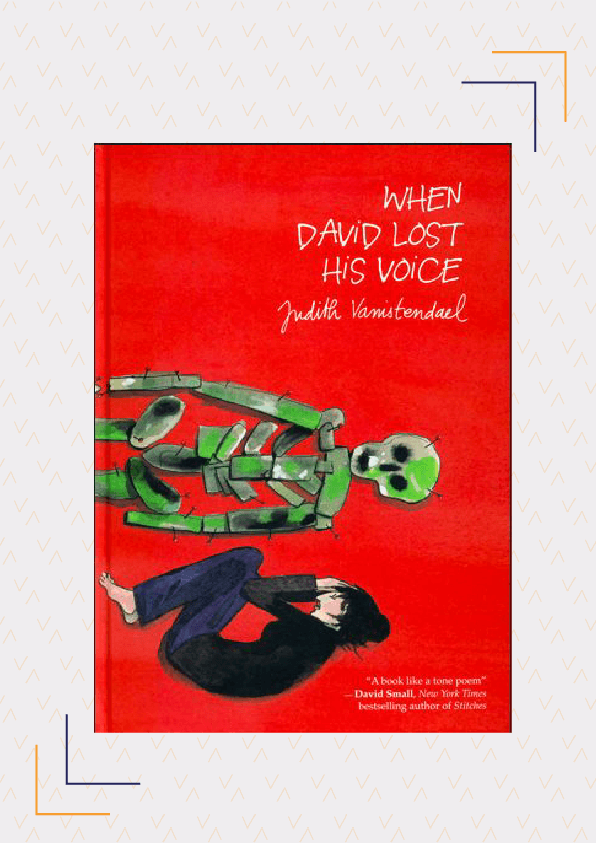 When David Lost His Voice

Belgian author Judith Vanistendael’s graphic novel revolves around a family and their way of dealing with impending loss. When David is diagnosed with cancer, his family copes with it in different ways. While his 9-year old daughter does not understand what is happening, his wife is consumed with grief. Meanwhile, David himself is trying not to let cancer rob him of everything. When David Lost His Voice is a poignant portrayal of a family battling cancer and seeing a loved one become a shadow of who he was. 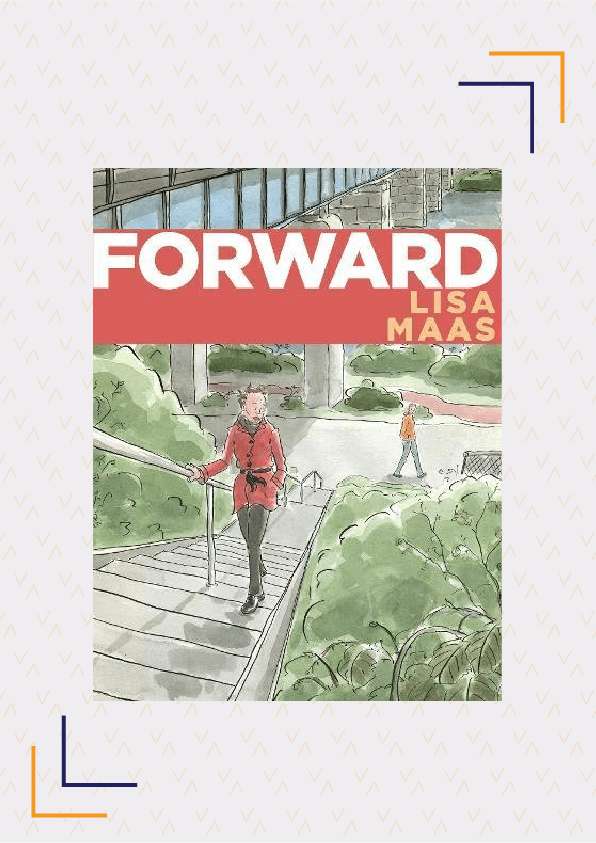 Forward is an LGBTQ graphic novel about two 40-something lesbians as they put the pieces of their lives back together. While Rayanne is trying to get over a bad relationship, Ali is dealing with the loss of her wife to cancer. When the two meet and find themselves inexplicably attracted to each other, they must conquer their fears to take advantage of the second chance that has come their way. As the title suggests, the book is about moving forward and finding love after loss. 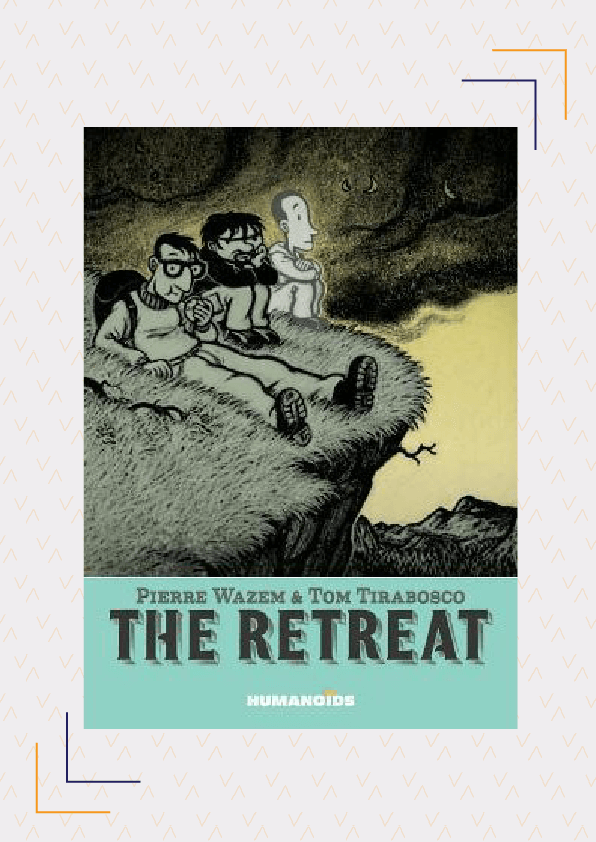 Two friends, Serge and Igor, go on a weekend getaway to a cabin owned by their dead friend’s family. During their vacation, they find themselves remembering their friend, and reminiscing about the last time the three of them were at the cabin. As they struggle to come to terms with their loss and the circumstances surrounding it, they find themselves sharing confidences. The graphic novel jumps between the present and the past to highlight how different their friendship is now that one of them is missing. 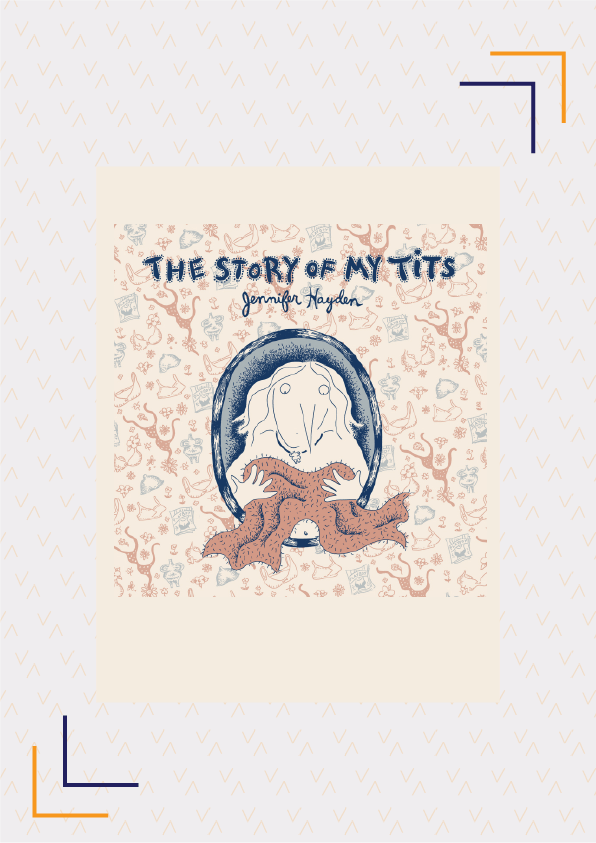 The Story Of My Tits

This graphic memoir is author Hayden’s way of dealing with the loss of her breasts to cancer. At the age of 43, after being diagnosed with breast cancer, Hayden realises that her tits tell a story. She uses her breasts to tell her own story from a flat-chested teenager yearning for breasts to how their sudden development in college opens up the world to her. She speaks of her mother’s mastectomy, her father’s affair and how even though she has lost her breasts at least her tits are no longer trying to kill her. The graphic novel is sarcastic and funny, sweet and sceptical. 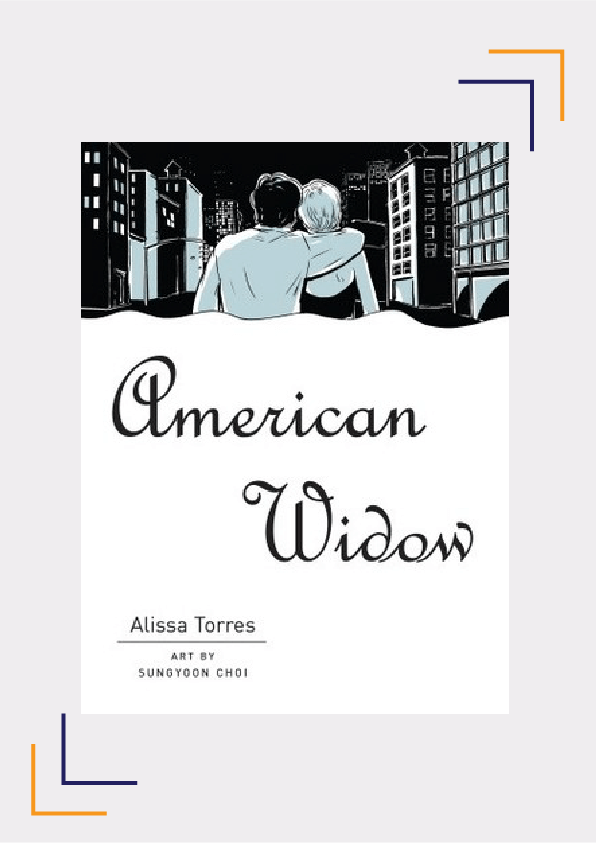 Alissa Torres lost her husband on September 11, 2001, one day after he started his dream job at the World Trade Center. Seven and a half months pregnant at the time, Torres’ life goes into a tailspin, as she finds herself mourning the death of her husband while being cast as a “9/11 widow” and thrown into a world of politics and bureaucracy. Through this graphic novel, Torres tells the story of the love between a Colombian immigrant and a New Yorker, their marriage, and her first year as a widow and a single mother. 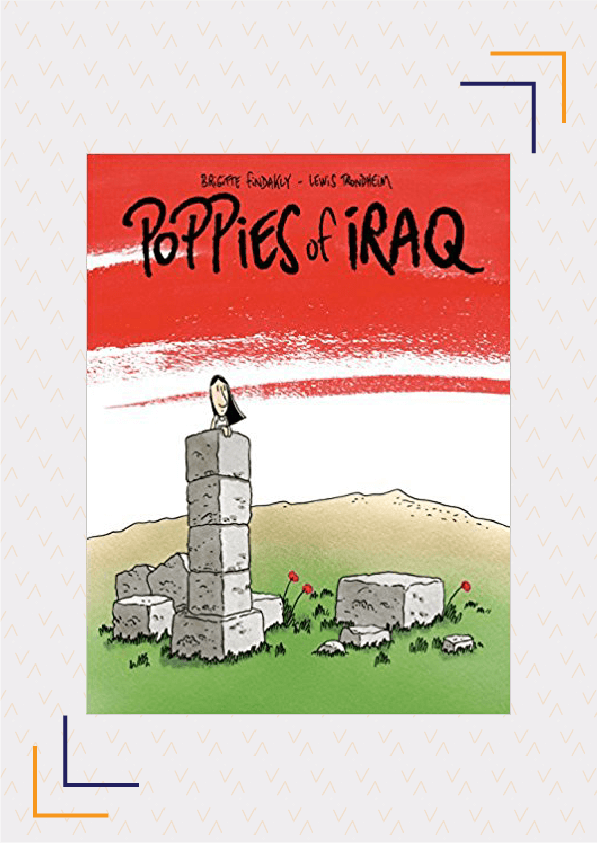 Findakly’s graphic novel begins with her childhood memories in Iraq and introduces us to her family, especially her French mother who successfully adjusted to Iraqi society. She recalls how the regime became increasingly oppressive even as her father continued to hope that Iraq would return to being secular. Ultimately, he finds it necessary to move to Paris. Suddenly, Findakly finds herself having to adjust to French society and the loss of her country as she finds herself growing increasingly distant from Iraqi society. Her relationship with her homeland is one of intimate connection, yet estrangement.