With the end of the year approaching, it is the perfect time to curl up with a book for company during the long evenings. December brings us exciting fiction, with a number of short story collections to keep us busy. Meena Kandasamy’s newest book is all set to dazzle readers, while famed author Vinod Kumar Shukla’s latest translation is sure to keep you entertained this month. December also boasts of a fictional tale set during Partition, and an author’s experiences as a criminal in the Bangalore underworld in the 90s. With such exceptional reads, you will be all set to bring in the New Year with a bang! 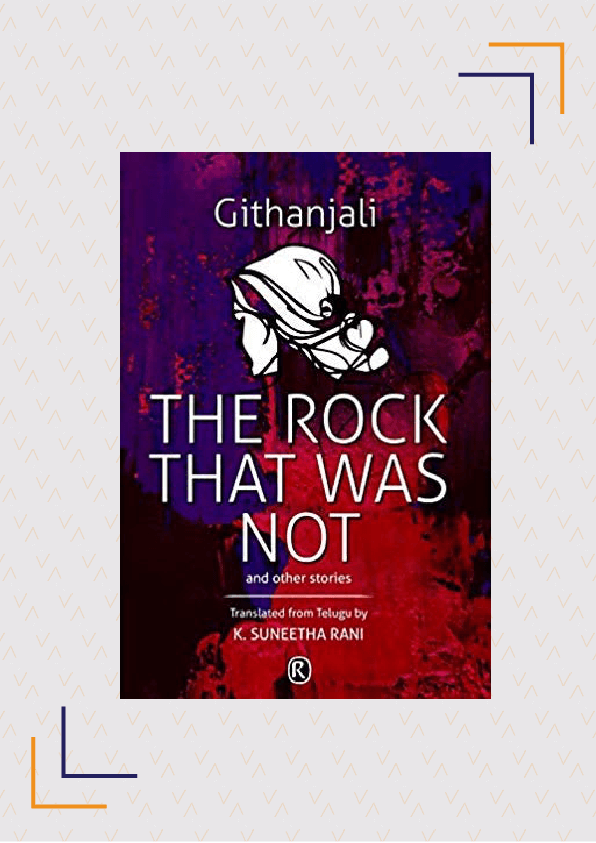 The Rock That Was Not And Other Stories

Relationships should be based on mutual respect and compassion, and yet, women are often subject to inferior treatment as a result of ingrained patriarchy. Through 12 short stories, Githanjali attempts to present a female perspective on the regular occurrences in a woman’s life that remain uncovered. These stories unveil how women are isolated and stereotyped, how they are treated as sexual objects instead of human, and how often they are subjected to harsh treatment, just for being themselves. These stories of survival, discrimination and change are sure to rouse any feminist. 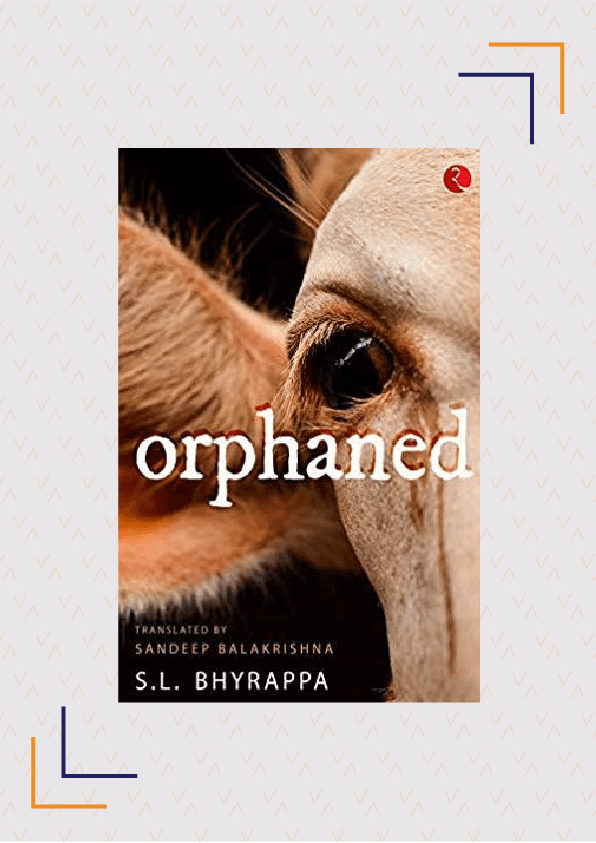 After studying agriculture and cattle rearing in the U.S.A., Kalinga, the village head’s son, returns home, armed with knowledge and an American wife, Hilda. Problems arise when modern and traditional methods come in conflict, since Hilda’s methods of farming and cattle rearing rankle the traditional ones of the village. Her refusal to adhere to the local customs leads to clashes, and Kalinga is caught in between. With a struggle to survive and his baby’s life at stake, what will Kalinga do? This is a fiction unlike any other and is bound to be a promising read. 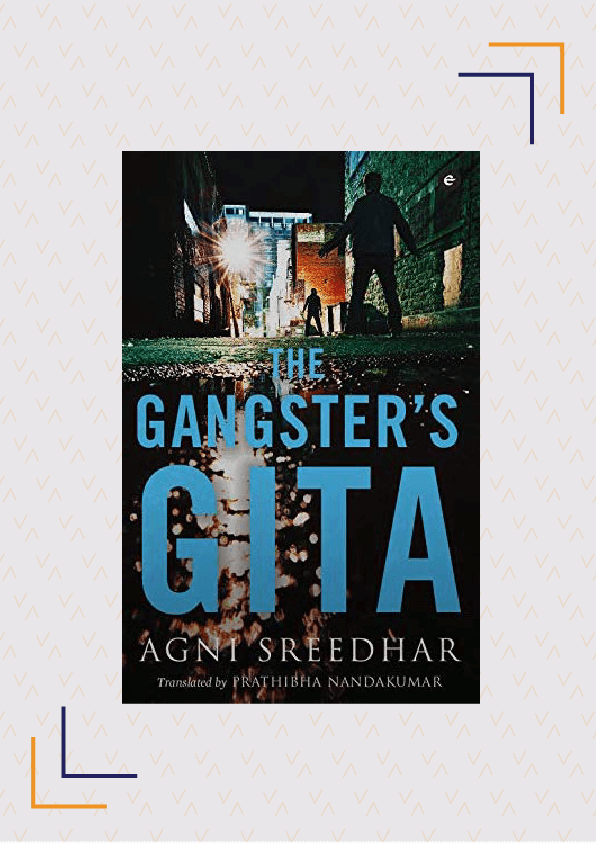 Sreedhar, a famous henchman in Bangalore, is given his newest order, but things go haywire and the killer and victim are forced to spend time together. As time passes, both of them start talking about life and love, and Sreedhar begin to question his actions. Set in the 90s underworld, The Gangster’s Gita is a real life story of a gangster who translates his experiences into a thrilling true crime novel. Available in English for the first time, this literary saga is bound to be a terrific read. 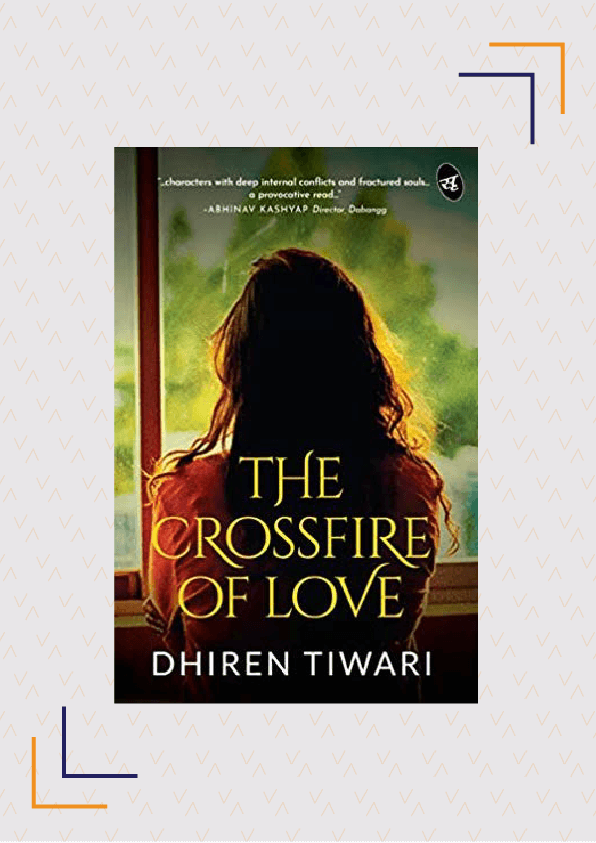 The Crossfire Of Love

Amaan, in a bid to fulfil his mother’s last wish of a funeral in their now forgotten kingdom of Attanooga, comes home. Meanwhile, Saira, his ex-girlfriend, has been stuck in the job of exposing famous people. When presented with the chance to do a feature on the queen, Amaan’s mother, Saira decides to get her life back in order, once and for all. But what consequences will her schemes and deception have? The Crossfire Of Love is a story where the lines between ambition and blood are blurred, with Saira and Amaan caught in between. 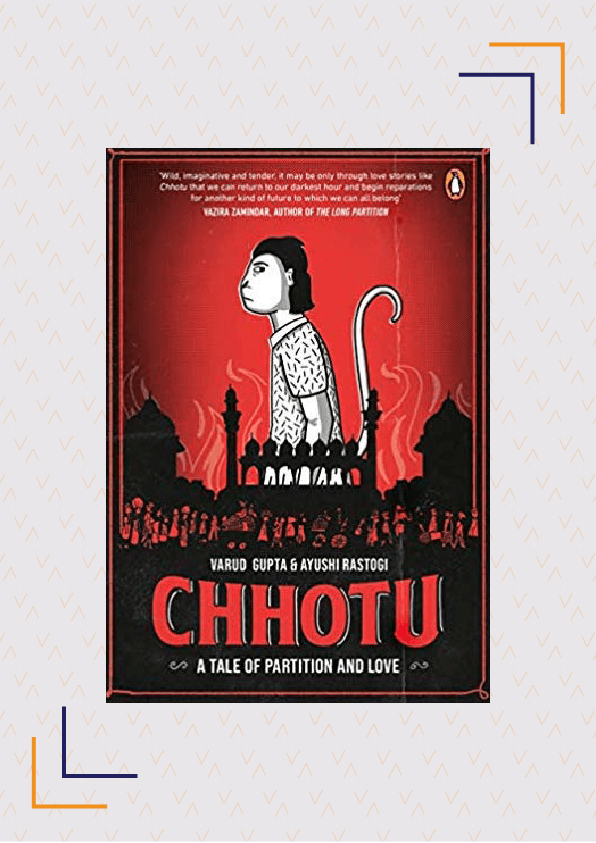 Chhotu: A Tale Of Partition And Love

In 1947, when the British are taking their leave after years of colonisation, and Partition appears to be on the horizon, Chhotu has a crush on his mind. A student/paranthe-cook in Chandni Chowk, Chhotu just wants to ask his crush, Heer, to go out with him. But soon, corruption rears its ugly face, and the potatoes in the town go missing. Amidst crime, corruption and love, Chhotu struggles to understand life and freedom. Set against the Indian independence and the horrors of Partition, Chhotu is the story of an unlikely hero and the terror of a past that has a frightening resemblance to our present. 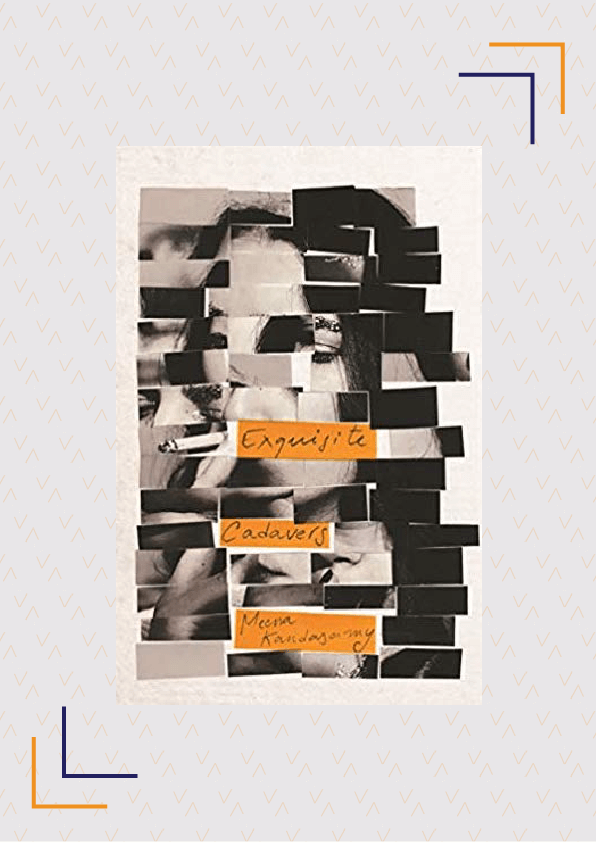 Karim is a young filmmaker who has big dreams, but his girlfriend, Maya, has to deal with a father who doesn’t stay put, a smoking habit, an unsteady job and a pregnancy she is not ready to accept. When Karim’s brother goes missing in Tunis, Karim is worried and sets out to find him. Maya must now choose between Karim or the hometown that holds her future. Intertwining fiction and truth, prolific author Meena Kandasamy brings us a story of a couple navigating love and life. 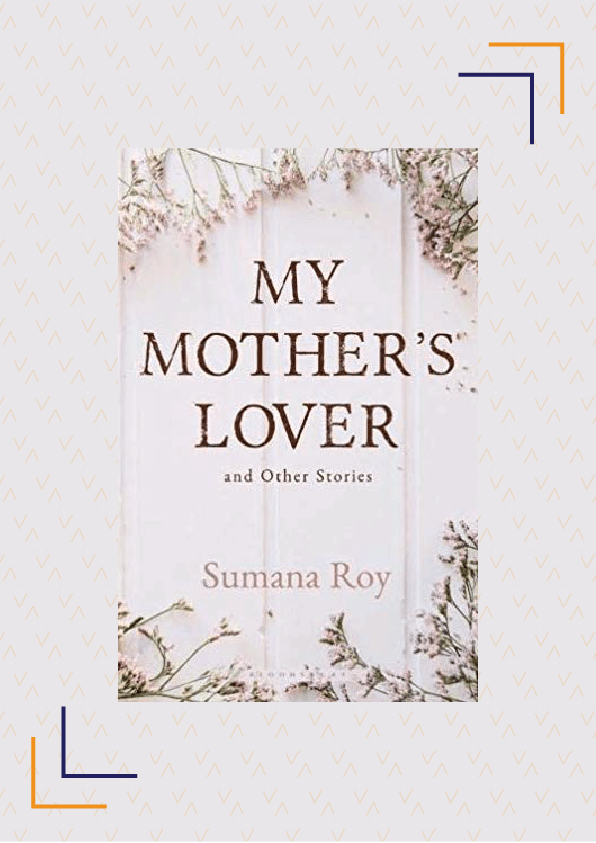 My Mother’s Lover And Other Stories

Sumana Roy’s newest novel is a collection of 14 unusual stories about people who suffer from peculiar illnesses. One poet’s family treats his writing as a sickness, while somewhere else a woman is consumed with the need to get rid of plastic. A young couple finds themselves confined to a student hostel during the 1971 war, and a girl is this close to committing suicide. In one story, a girl hides her teeth in the garden while another one uses literature as astrology. With a collection of such strange tales, this book is bound to be an entertaining read. 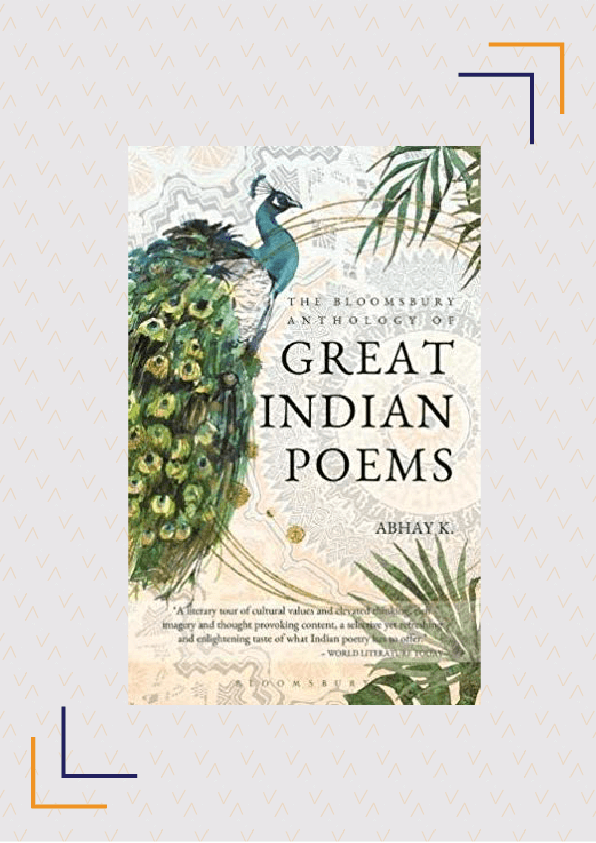 India has a rich history of literature, particularly that of poetry. With a number of languages and regional dialects, Indian poetry has only flourished over the years. A collection of such exquisite poems form The Bloomsbury Anthology Of Great Indian Poems. These are poems of love, spirituality, irony and seductiveness, which are bound to remind us of all that makes up this beautiful nation. 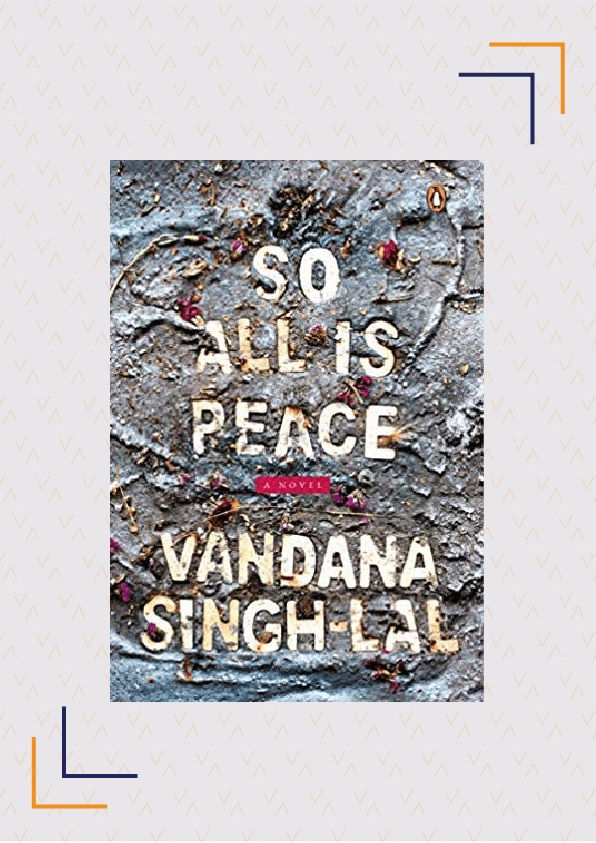 So All Is Peace

Twin sisters Layla and Tanya are found starving in their lavish apartment, and the media goes crazy trying to solve the mystery. What no one seems to understand is why the two young women chose to live like that for no plausible reason. One sister is half-dead and the other refuses to talk, so the gossip about them reaches new heights every day. Journalist Raman detests following their story, but when Tanya reveals the truth, everything changes, and the truth finally comes out. In this mystery that will have you gripping the edge of your seat, you will witness what happens when innocent lives have to tackle the harshness of life. 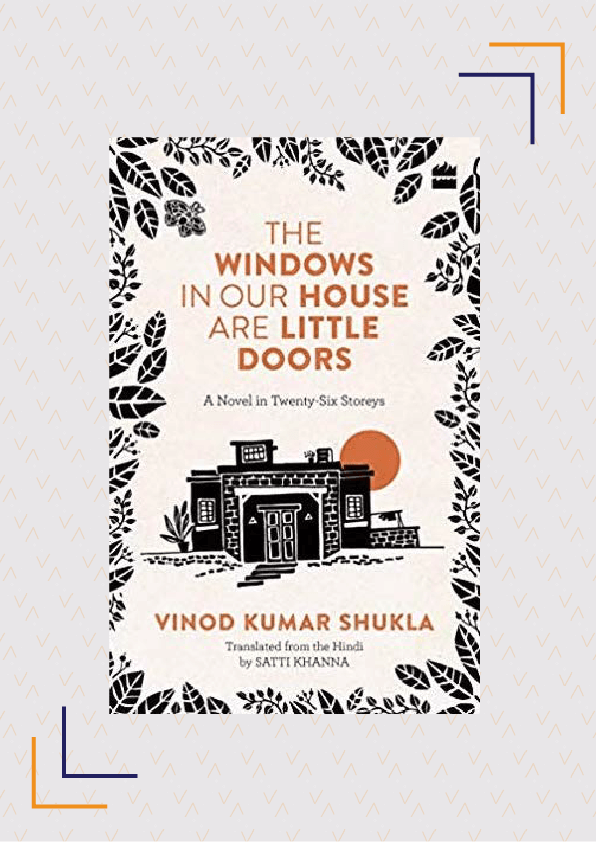 The Windows In Our House Are Little Doors

Yasi, Rasa and Ta are three restless children living modest lower-middle class lives on the edge of town. What they lack monetarily, they make up for with their rich and multi-hued imaginations. The stories they create have bored bicycles that move away from their owners in the hope of getting stolen, chalk doodles that squirm and squiggle whenever adults enter the room, and sandals kept by the door that plead to be worn. In this ‘novel in twenty-six stories’, Vinod Kumar Shukla “unrolls dreamy wisdom and brocade-like moments that catches the light and dazzles” the reader.

Disclaimer: Some of these books were previously available on Kindle or as international editions which were available for import. This list features Indian editions of these books, which tend to be more affordable. The information featured here is accurate as of November 28, 2019. 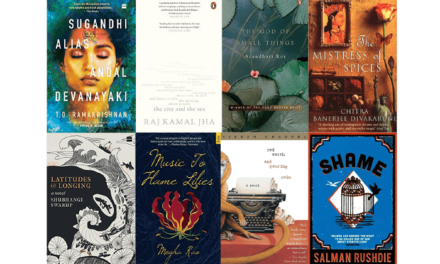 12 Books Every Aspiring Writer Should Read