Let your imagination soar in August as Indian authors release some particularly fascinating fiction. If crime fiction is your genre of choice, keep an eye out for a murder mystery set in the Vedic times. You can also read two classics of Indian literature, which have finally been translated into English from Marathi and Bengali. A slice of humour is being served up in the form of a satirical novel set in colonial India. And, of course, we are waiting with bated breath for Salman Rushdie’s latest, which has already been long-listed for The Booker Prize 2019. August just keeps getting better and better. 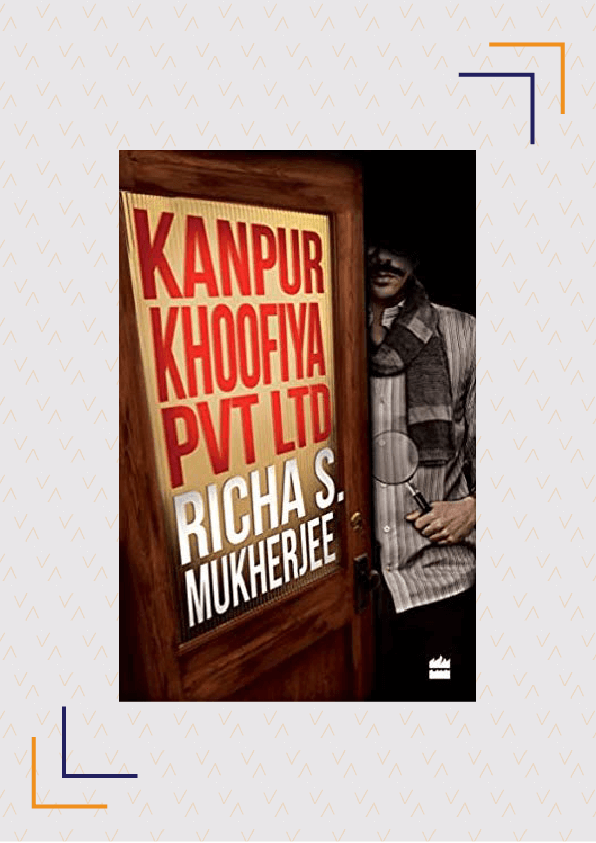 Prachand Tripathi is a private investigator who usually investigates matters like cheating lovers and missing pets. However, a new case that involves him tailing an actress changes his world as he finds himself wading through her murky past for answers. When the actress is kidnapped before their eyes, Tripathi and his wife come to the attention of the police. They must now use their skills to discover the truth before they themselves become victims. 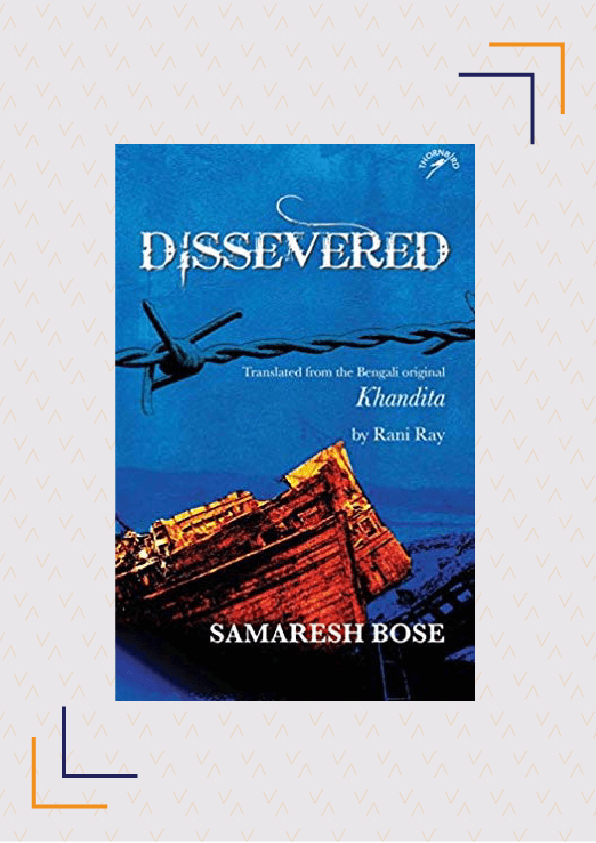 Published 70 years after Independence, Dissevered uses fiction to present historical events. It shows the pains of a new nation through the stories of Gora, Biju and Satu, three disoriented young men. It also raises questions of nationalism, identity crises, communal disharmony and citizenship- all of which are important even today. Dissevered shows us exactly what a genius Samaresh Bose was as he managed to translate his experiences of the time without imposing any doctrine on us. 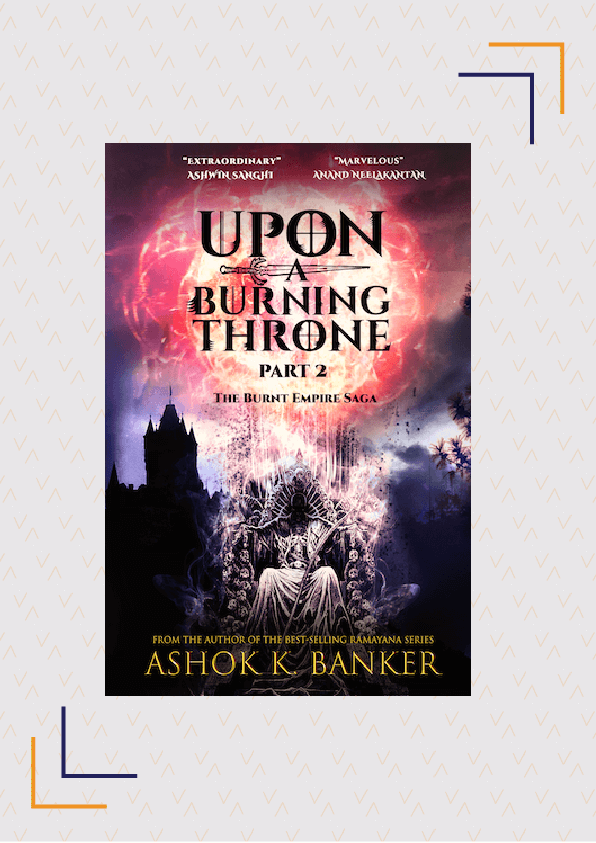 Upon A Burning Throne Part 2

In the second part of Upon A Burning Throne, the demon lord Jarsun has declared war on Hastinaga. As sorcery, wars and deceit fracture the empire, even the meaning of love changes in unimaginable ways. While three ambitious queens, Mayla, Karni and Geldry, married to princes Adri and Shvate, try to hold on to their power at any cost, the princes try to stop Jarsun. But how, and what will it take? Set some time aside before you start reading this book as it is likely to keep you hooked. 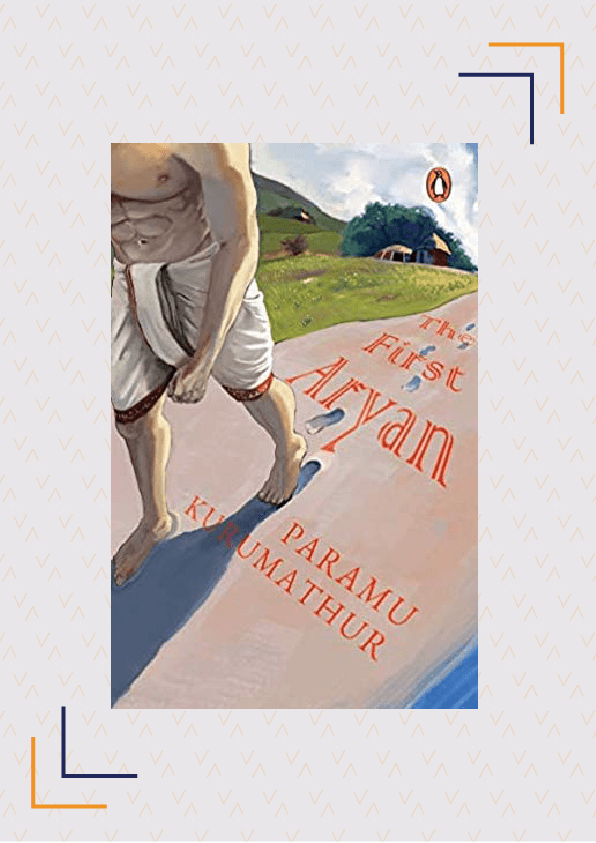 The First Aryan: The Legend Of Vrsakapi

The First Aryan is a murder mystery set in the Vedic times. As a series of murders rock the capital of the ancient kingdom of Parsuvarta, two priests-in-training, Kasyapa and Agastya, are tasked with investigating the deaths. At the same time, a palace coup and a battle for supremacy between the Indra worshippers and Varuna followers have also thrown the city into turmoil. Seemingly unconnected in the beginning, Kasyapa and Agastya later discover a common thread between the murders and must now identify the killer while dealing with prejudices, political rivalries, and power games. 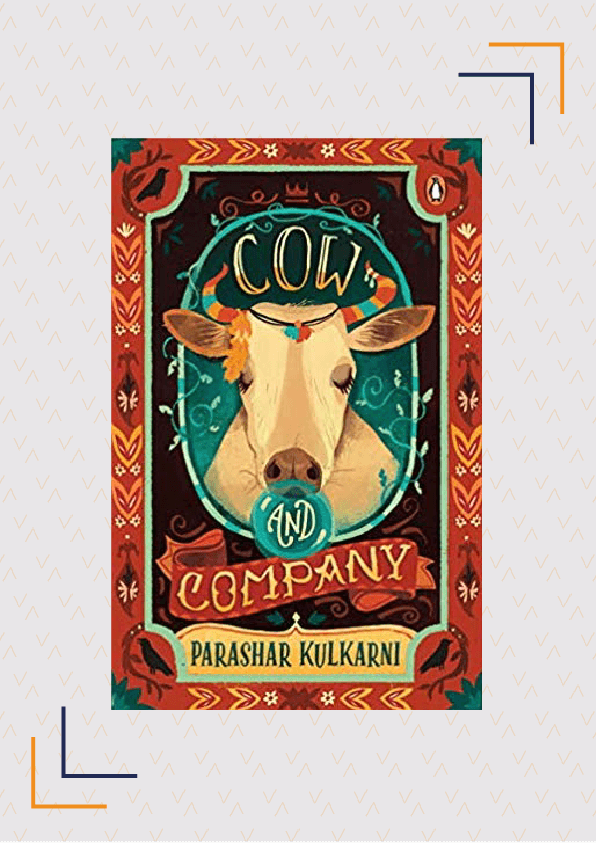 Set in colonial India, Cow And Company is a hilarious debut. The British Chewing Gum Company has set up shop in Bombay to introduce chewing gum to India. They choose a cow as their mascot and declare that paan is their enemy. As religious sentiments are hurt, their campaign might just turn into a disaster. With its brilliant language and interplay between fantasy and myth, Cow And Company is likely to make you laugh out loud. 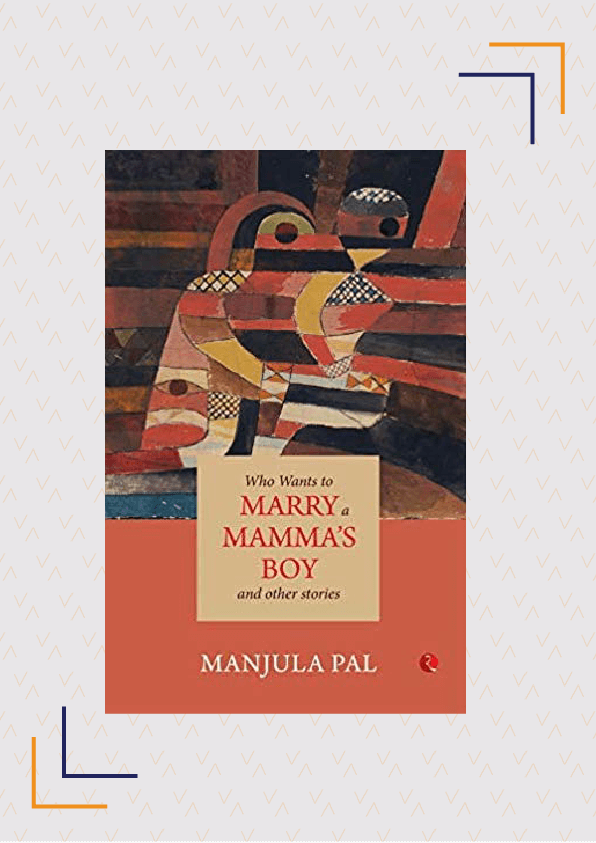 Who Wants To Marry A Mamma’s Boy And Other Stories

Written by Manjula Pal, a columnist and award-winning author, Who Wants To Marry A Mamma’s Boy is a collection of short stories featuring women at different stages of their lives. There is a teenager who has to choose between right or wrong and an ambitious woman who is caught between her career and her boyfriend. In her work, Pal explores how guilt can affect a person and how socio-cultural dynamics can impact relationships. In this compelling collection of stories, she looks at several aspects of life and shows that happiness is about creating a balance between commitment and compromise. 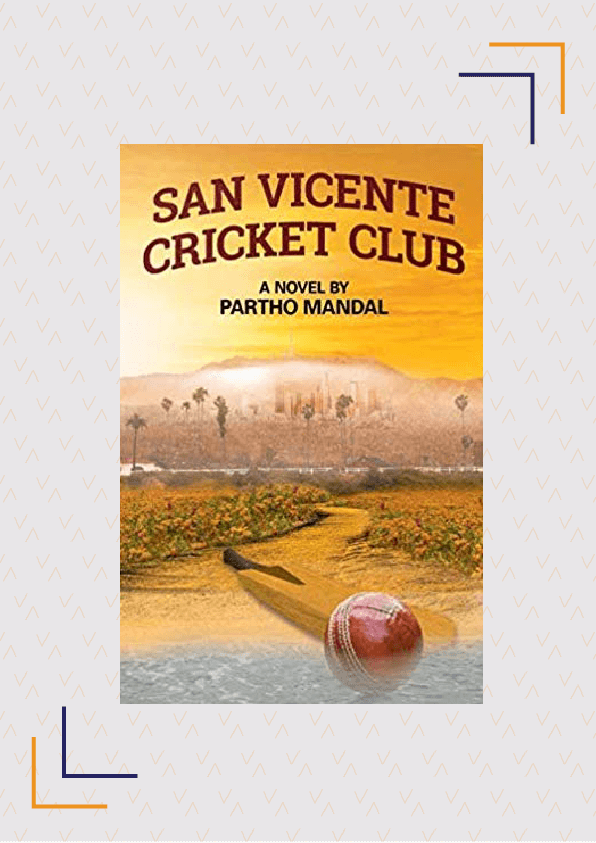 In the city of San Vicente, 12 young people come together to form a cricket team. Each of them comes from a different part of India, a different social stratum and a different family background. Thrown together by circumstances, they learn how to survive being immigrants in America. The individual destinies of each player are important elements in their stories. This book will appeal to everyone, not just cricket-lovers. 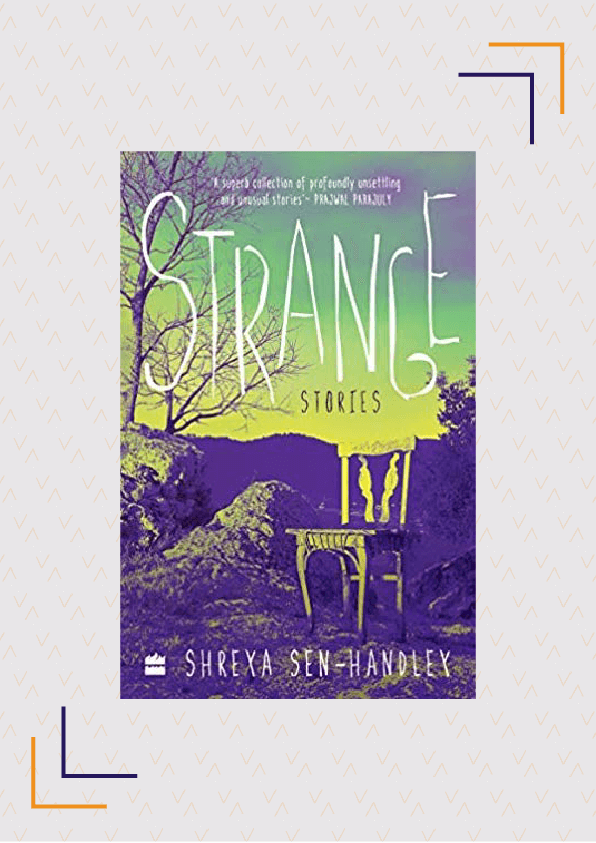 Shreya Sen-Handley’s Strange is about ordinary people whose lives take unforeseen paths. A disillusioned wife has a one-night stand in one story; in another, a man begins to steal office stationery for no clear reason; and in a third, a troubled mother finds solace in a strange place. As the protagonists find themselves drawn into situations they weren’t expecting, they also make shocking discoveries about themselves. You’ll find yourself hooked as you try to figure out what happens at the end of each story and the characters are likely to haunt you long after you finish the book. 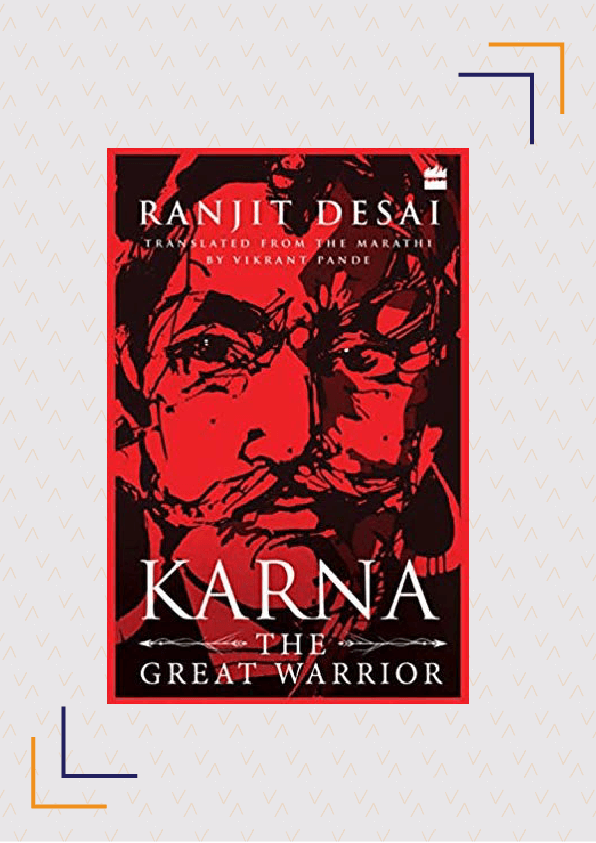 Karna is the classic tragic hero- abandoned at birth, rejected by Drona, insulted by his brothers, misunderstood and manipulated. In Karna, translated from Marathi into English for the first time, Desai shows us Karna’s angst and loneliness and also highlights the many facets of Karna- from his compassion to his hubris and from his complicated relationship with Krishna to his friendship with Duryodhana. Originally published as Radheya, this compelling account of Karna tells us who Karna really was. 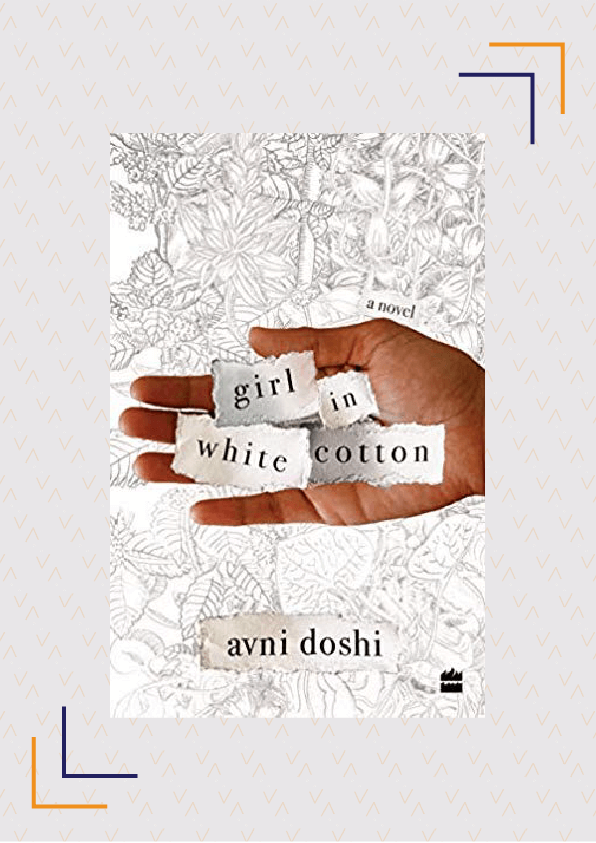 Girl In White Cotton: A Novel

Antara’s mother has always rebelled against society. She walked out on her marriage to follow a guru, lived on the streets and even shacked up with an artist, much to Antara’s despair. But once her mother starts to lose her memory, Antara tries to make peace with her past. She remembers her childhood in the 80s, her experience at boarding school and her time as a young artist in Bombay only to realise that she may just be like her mother. As she faces her fears, she realises that truth is subjective and that memories shift. Avni Doshi’s debut is as mesmerising as it is unsettling. 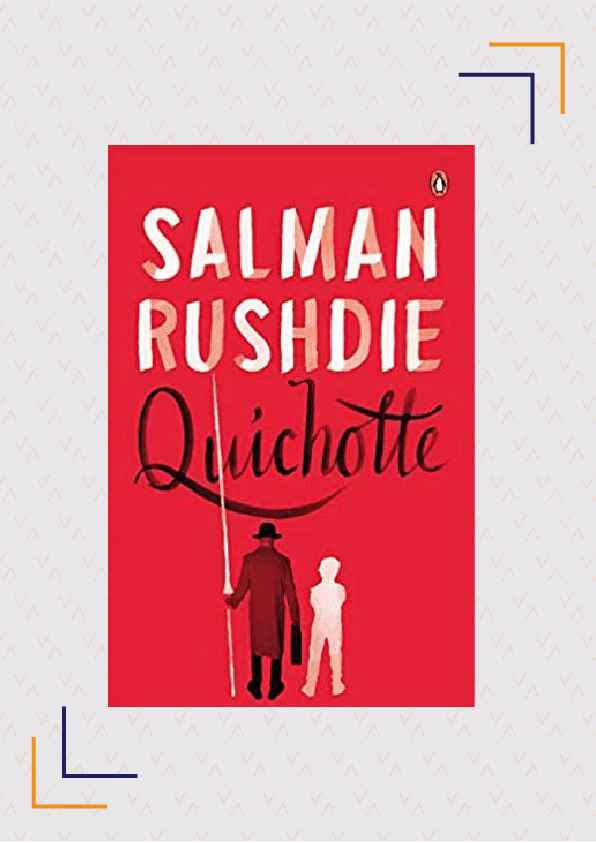 Long-listed for The Booker Prize 2019, Salman Rushdie’s Quichotte is an homage to Cervantes’ Don Quixote. Sam DuChamp, an Indian immigrant and author of spy thrillers, creates Quichotte, an ageing travelling salesman who falls in love with a TV star. To prove himself worthy of her, he sets off on a journey across America along with his imaginary son, Sancho. As Quichotte goes on his quest, his creator faces the challenges of a midlife crisis. Set in Trumpian America, Quichotte is also “the story of a deranged time” and deals with father-son relationships, racism, fake news, the opioid crisis and the end of the world. Rushdie’s latest is a stellar example of literary satire.

Disclaimer: Some of these books were previously available on Kindle or as international editions which were available for import. This list features Indian editions of these books, which tend to be more affordable. The information featured here is accurate as of July 26, 2019.