Mahatma Gandhi’s life has influenced a lot of scholars worldwide and has inspired a lot of brilliant literature. But what influenced this mammoth personality? Books, of course! Gandhi read innumerable books during his lifetime and was inspired by numerous authors. His ideas for non-violence and rural development are also said to have been influenced by the works of authors such as Leo Tolstoy and Friedrich Max Muller. Some books impressed this man so much that he even had them translated into regional languages for consumption by a larger group of people and recommended most of his favourite books. Take a peek into what influenced Gandhi by looking through some of his most favourite books. 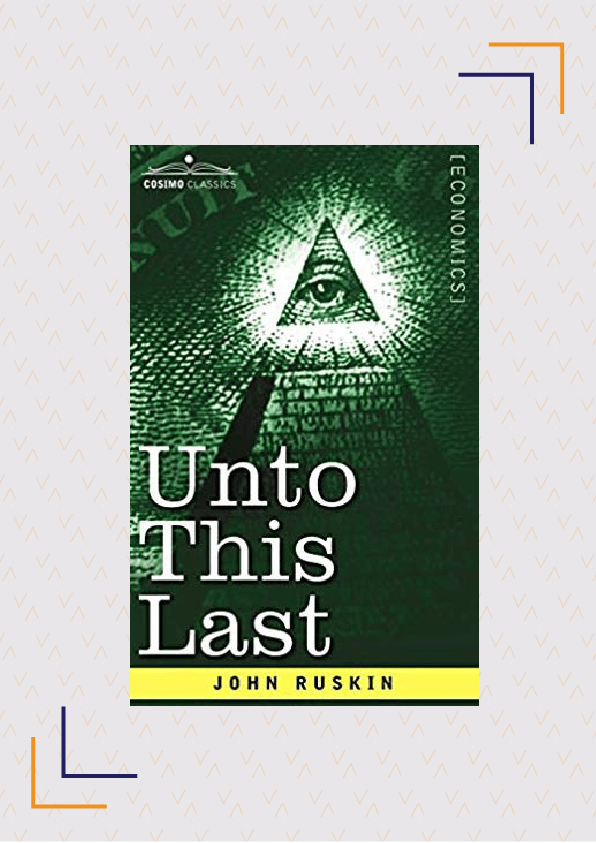 John Ruskin’s Unto This Last, a collection of four essays on the “politics of economics” is one of his most influential works, so much so that even Mahatma Gandhi said it was “impossible to lay aside”. Ruskin puts forth the idea of an economy based on the consideration of humanity and the virtue of pursuing money for vested interests, and that economics must have its roots in ethics. As he was determined to change his life according to the ideals of the book, Gandhi established the Phoenix Settlement, a place in Africa where people followed communal living, nonviolence and spirituality based on Ruskin’s teachings and even translated the book into Gujarati, titled Sarvodaya. 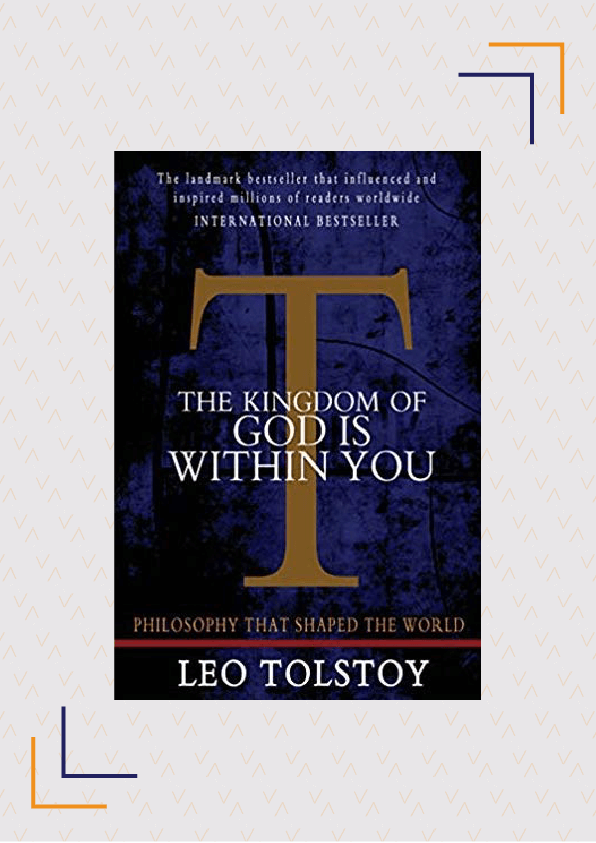 The Kingdom Of God Is Within You

With The Kingdom Of God Is Within You, Leo Tolstoy invoked a storm within the Christian community by stating why people must dismiss violence and look inside themselves for answers pertaining to morals. Tolstoy challenged the modernisation of the church and spoke of a society based on following Jesus’ literal teachings of “turning a cheek” instead of the various other meanings interpreted throughout time. When Gandhi was growing sceptical of non-violence, it was his favourite author’s book that helped ease his mind. He even mentioned in his autobiography that this book made him a firm believer in ahimsa. Gandhi’s other favourite books by Tolstoy include The Gospel In Brief and Letter To A Hindoo. 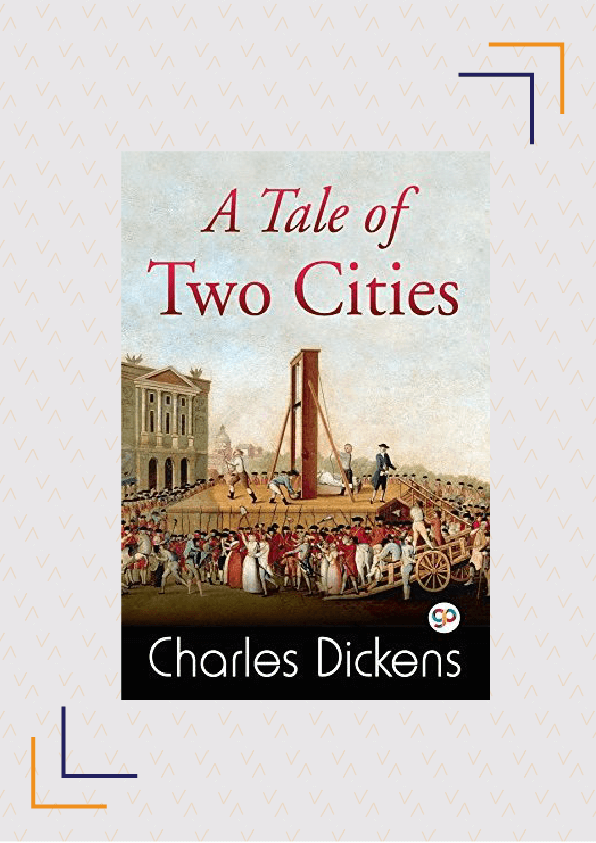 A Tale Of Two Cities

Set in both London and Paris during the French Revolution, Charles Dickens’ masterpiece is a story of a man imprisoned for 18 years. The story takes us through his release, his meeting with a daughter he has never met, and the love two men have for his daughter. These men have personalities that are the polar opposite of each other but have bizarrely similar physical features and an abiding love for the same woman. Gandhi was very impressed by Dickens’ style of writing, and was thoroughly impressed by both the book and its author. 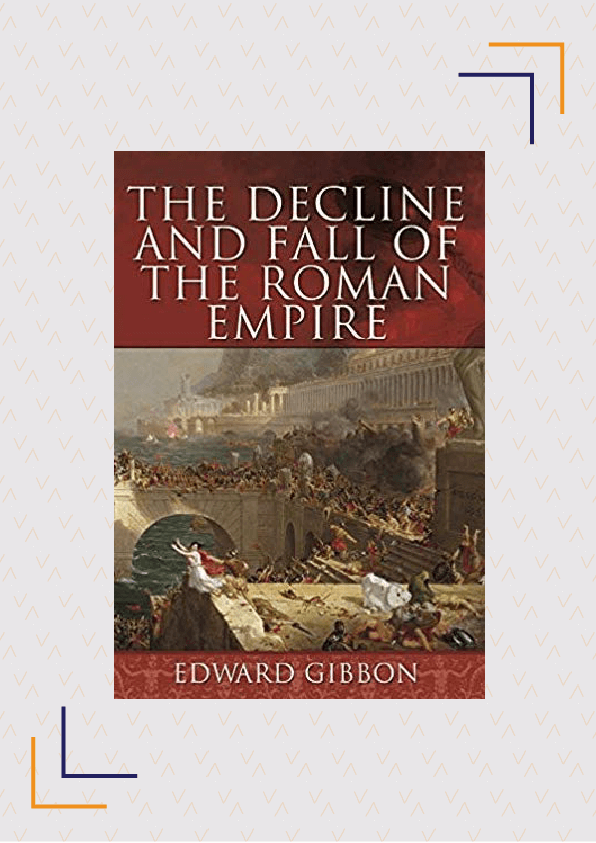 Decline And Fall Of The Roman Empire

One of the most striking narratives in European literature, Edward Gibbon’s six volumes takes us on a journey through the rise and fall of the Roman Empire. Gibbon examines the rulers during the times, the Roman society, the early Church and its impact on the emperors from one of the most influential empires in centuries. Gandhi read this book during his imprisonment in Yeravada jail and said that it “portrays a mass of facts in his own imitable style”. 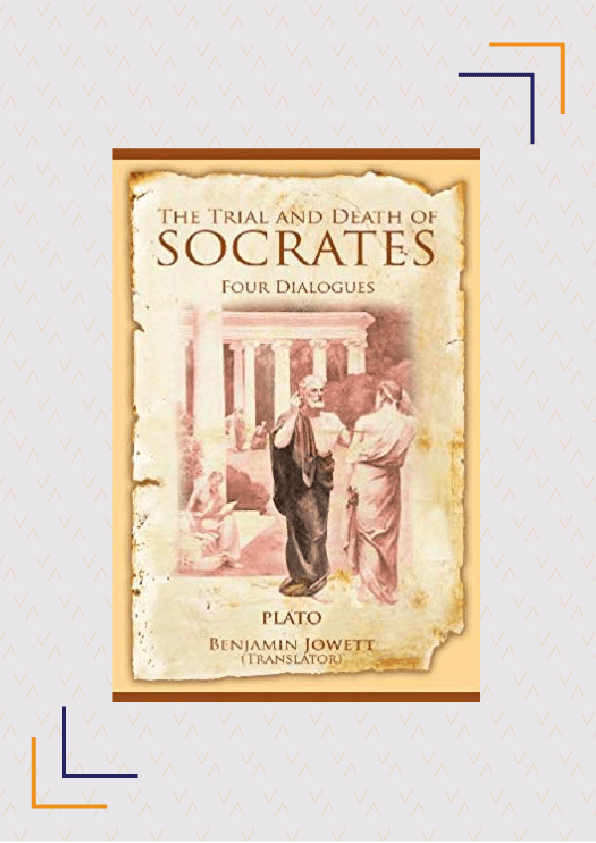 Defense And Death Of Socrates

Socrates, a Greek scholar was taken to trial for corruption of the younger generation and for not showing enough respect to the pantheon of Athens. Plato’s Defense And Death Of Socrates consists of four parts – ‘Euthyphro’, which explores the working and idea of religion and worship; ‘Apology’, a justification of Socrates’ teachings; ‘Crito’,a n explanation of why Socrates refused to run away from his punishment; and finally, ‘Phaedo’, where Socrates talks about death and immortality. Along with recommending this book, Gandhi also paraphrased Plato’s work into English as: ‘Story of A Soldier of Truth’ and published it in his newspaper Indian Opinion, and even translated it into Gujarati. 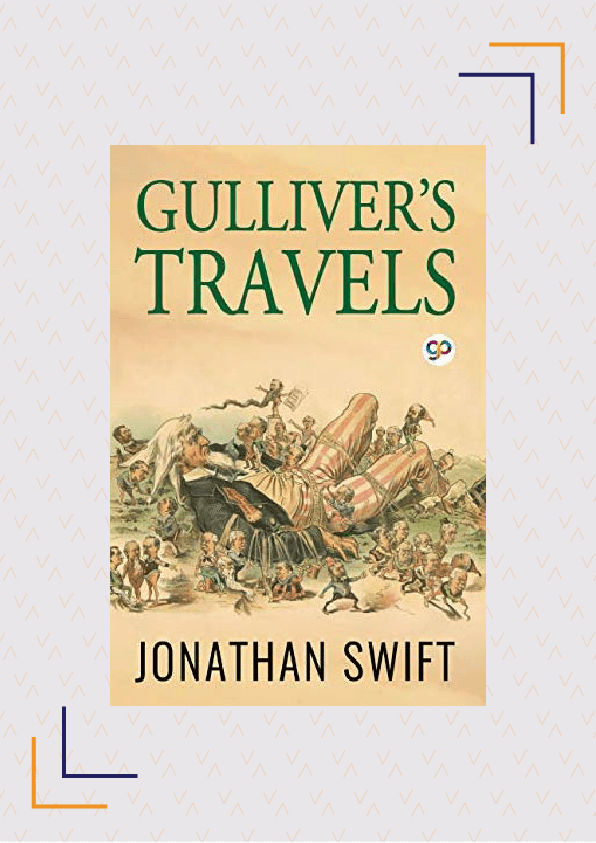 Jonathan Swift’s famous classic Gulliver’s Travels describe the adventures of Gulliver, a ship’s surgeon who finds himself ashore in a place of tiny people, and their eccentric society. Gulliver’s travels take him around the world, where he finds people as tall as church towers, people who fail to use philosophy, and rational but clever horses. Swift’s classic is a satire of human nature, and Gandhi especially liked it because of its “effective condemnation of modem civilization, written in an ironic vein”. 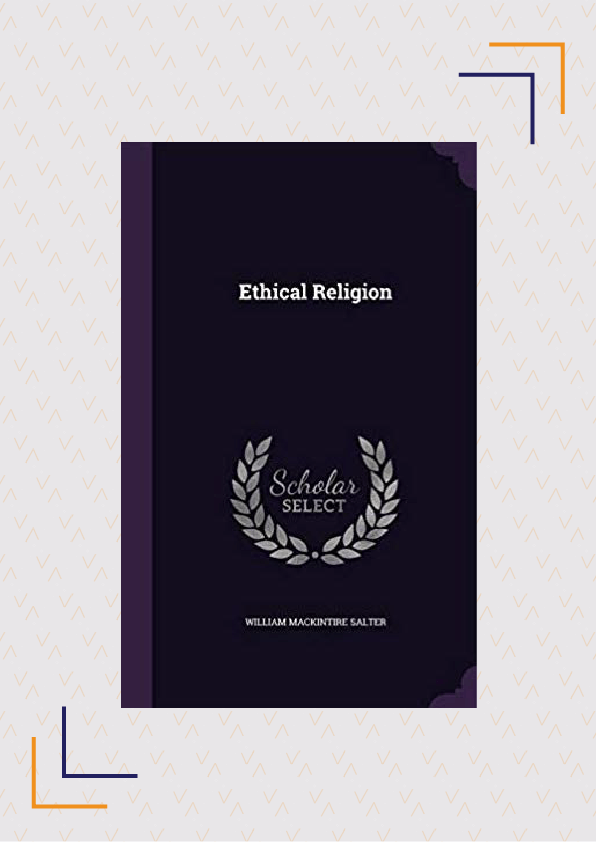 WiIliam MacIntyre Salter’s Ethical Religion talks of ethics as a separate religion itself, and how humans can benefit from it. Advocating ethical morality, moral actions and contemplating if Jesus’ ethics can be used today, Salter’s book is an excellent study for philosophy enthusiasts. Gandhi was so impressed by Salter that he summarised eight chapters of the book in Gujarati and published it in his newspaper Indian Opinion. 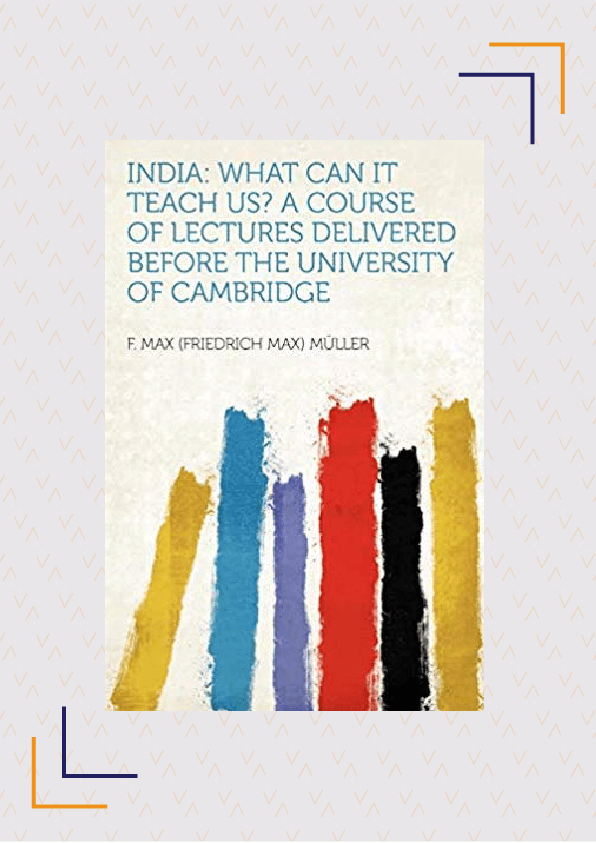 India: What Can It Teach Us?

Friedrich Max Muller’s book states that the world must drop its attitude of exerting domination over the world and adopt Indian values of virtue and morality. Based on a series of lectures by Muller himself, the book compares Indian traditions and values, especially the Vedic ones, with the Greek and Roman ways of thinking. Gandhi’s idea of an ideal India had its roots in its self-sustainable villages, and was influenced by Muller’s idea that an “authentic Indian way of life could be found only in its villages”. 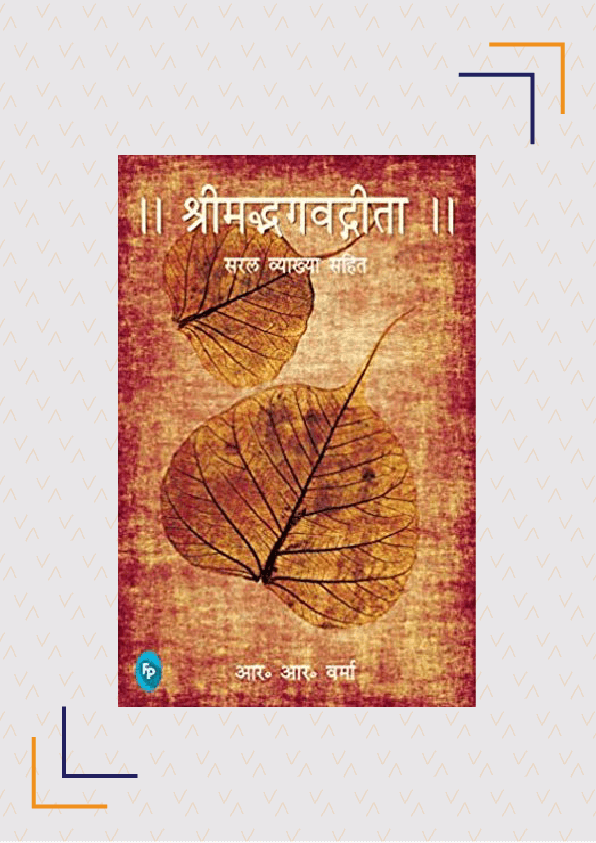 An important part of the Mahabharata, the Bhagavad Gita is a Sanskrit scripture written as a dialogue between Arjuna and Lord Krishna. When Arjuna is in a predicament over all the death that the war will cause, and wants to renounce it, Krishna guides him to fulfil his duty throughselfless actions. The Gita also touches upon topics of morality, ethics, good deeds and spirituality. This book helped Gandhi “shape his code of conduct”. When he was faced with doubts or trouble, he searched for solace in this book, and often behaved according to its teachings.

9 Enlightening YA Novels That Deal With Mental Illness

The 9 Most Anticipated Books Releasing In March 2019