The rise in inequality in India is second only to Russia. While we have known about the ever-increasing gap between the rich and the poor, the point was truly driven home through the images and stories of the underprivileged who have been forced to face the brunt of the COVID-19 lockdown. As we deal with this large-scale migrant crisis in India, we look at the lives of the invisible citizens and how they’ve had to deal with the short end of the stick in terms of public policy and public welfare schemes that have ignored ground realities for far too long. At a time like this, we turn to the books that exposed these issues long before they were trending on social media to ensure that we do not resort to collective amnesia and complacency once this is over. The nine books on this list expose the inequality present within different sectors in India. 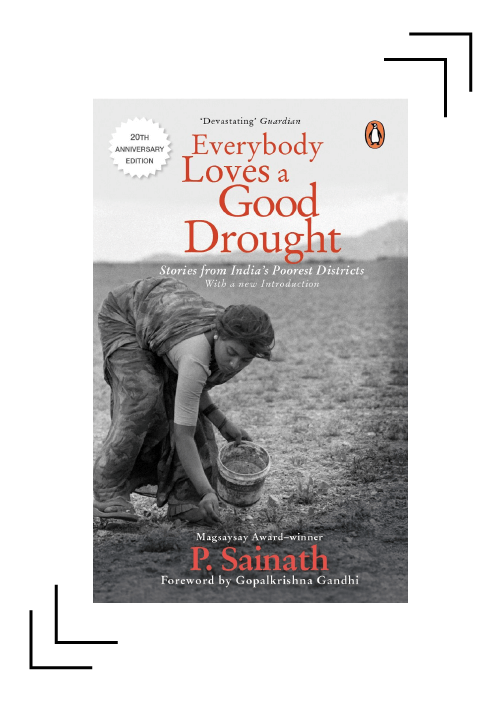 Everybody Loves A Good Drought: Stories From India’s Poorest Districts

Originally published in 1996, Everybody Loves A Good Drought might be nearly a quarter-century old but it is definitely not dated. The book is a collection of field reports that sheds light on the issues of displacement, drought, health, education, rural debt and tribal identity. The issues raised by P. Sainath, a journalist with The Times Of India at the time, shows the failure of the mainstream media to adequately cover the deep-rooted poverty in rural India. Sainath uses detailed reportage and unparalleled scope of research to dig at the poverty and destitution that is deeply entrenched in rural India and is surrounded by a system that shows complete apathy. This book is an essential read since it provides us with a foundational understanding of the rural crisis and how the cycle of poverty continues even today. 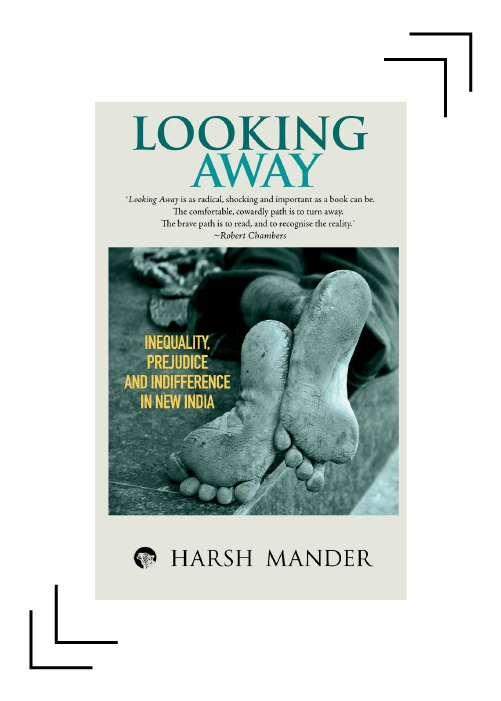 Looking Away: Inequality, Prejudice And Indifference In New India

Since the shift to an open market in the 1990s, India has instituted policies that have favoured the capitalistic classes. This has led to an increased vulnerability in the marginalised sources of livelihood, thus creating a wider gap between the rich and the poor. Looking Away is less about rural and urban poverty and more about the growing indifference and intolerance of the middle classes toward the less fortunate. The book shows us how a shrinking idea of who belongs and who doesn’t, along with a shift towards the right, has led to the rise of a new monolithic idea of the state that puts minority communities at risk. Harsh Mander points at how the state has turned away from its responsibilities to the people in rural and urban India, and how the lack of empathy shown by individuals is the main reason behind the growing inequality in the country. This book teaches us important lessons on checking one’s privilege and the need for questioning the rising inequality. 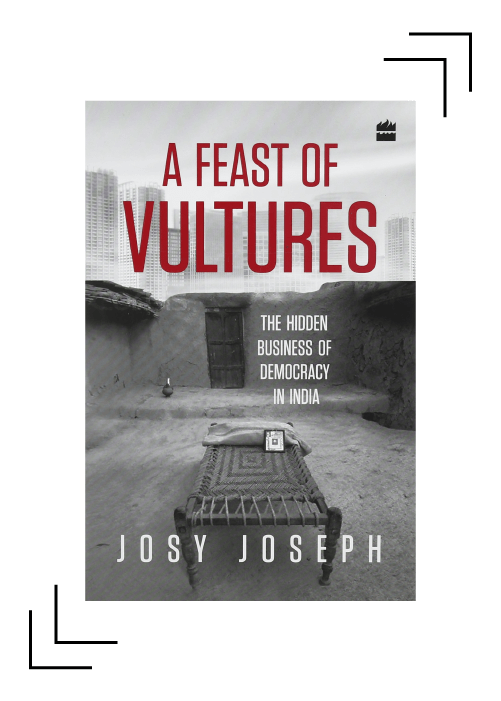 A Feast Of Vultures: The Hidden Business Of Democracy In India

The premise of Josy Joseph’s book, A Feast Of Vultures, is set in the prologue that talks of a village in Bihar that needs a road to get its children to school and have access to health care. The winding story shows the elaborate fixing and petitioning it takes to get this road, thus opening up a larger discussion on the middlemen and the big players who are stakeholders in some of the biggest deals in important industries such as coal, defence and the media. The book launches a multiple-level inquiry into some of the major scandals in post-socialist India, from the grassroot level power circles and to the private sector where it implicates some of the country’s biggest business houses. The book is a necessary read for its in-depth research and documentary evidence of major deals that break down exactly how business gets done in India. 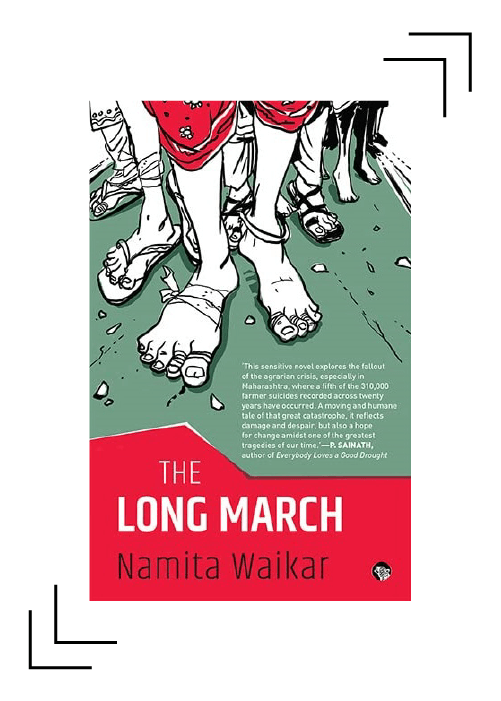 Namita Waikar’s novel is a fictionalised take on the farmers’ crisis in Vidarbha, Maharashtra. Mallika Joshi, a city-bred 26-year-old, works with an NGO that sends her to Vidarbha on an assignment where she meets Vikram Sonare, the son of a debt-laden farmer who has taken his life. Upon discovering the reach and impact of social media, Vikram decides to use the technology to start a movement and revolt against an apathetic government that ignores the plight of farmers. Vikram and Mallika mobilise millions of people to march to the city, and follow up the successful march with an attempt to organise into a political party against much resistance. Waikar’s novel effectively imagines a space of activism in fiction in order to draw public attention to the unjust structural systems that keeps farmers in debt. 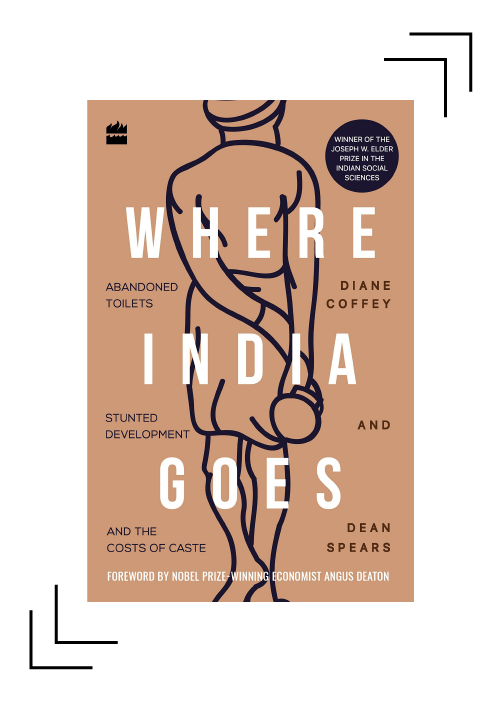 Where India Goes: Abandoned Toilets, Stunted Development And The Costs of Caste

Where India Goes is an ethnographic research-based inquiry into the reasons for the high open defecation rate in India and the high rate of failure behind the implementation of the Swachh Bharat Mission (SBM) that aimed to construct 1,23,000 latrines across the country. The book points at the crucial yet often ignored component of societal behaviour and caste prejudices that the SBM policies did not take into account. It also shows us how open defecation is intrinsically linked to the idea of ritual purity, untouchability and caste. The book exposes the hidden agendas behind foreign aid and the government policies that ignore the ground realities. This is an essential read to understand the human aspects behind the big data numbers of developmental economics. 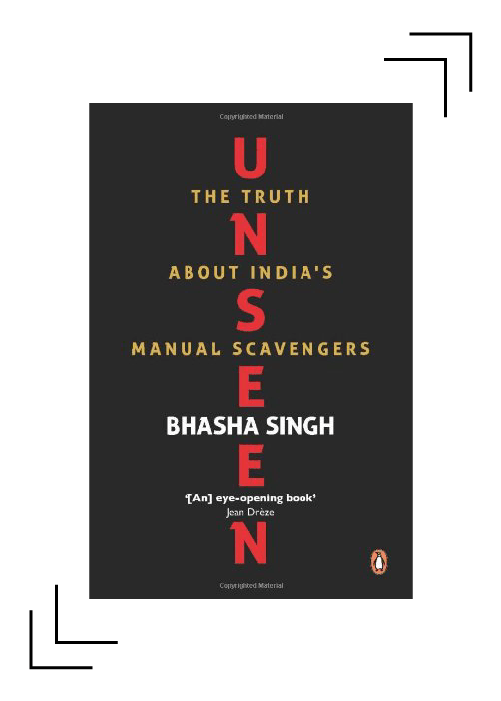 Even though the Employment of Manual Scavengers and Construction of Dry Latrines (Prohibition) Act was passed in Parliament in 1993, the practice was still widely prevalent when this book was published more than a decade later. Unseen points out how manual scavenging still remains a caste-specific job and how 98% of the workers are women. In the translation, the author has updated the scope of the book to discuss the flaws and implications of the new law, passed in 2013, that prohibited the employment of manual scavengers. The book discusses how the community has received very little support from external organisations and political parties, with the government turning a blind eye to their existence. Unseen helps us understand the lives of these invisible citizens and the gross violation of human rights that continues to persist in spite of legislature. 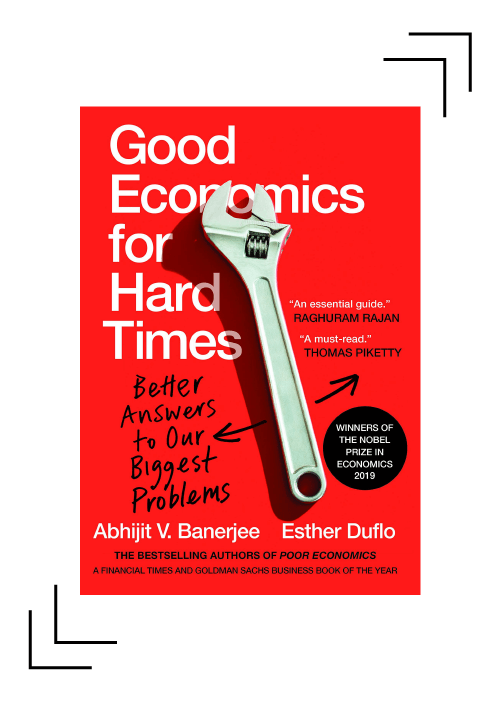 Good Economics For Hard Times is a good book for a layperson to understand today’s leading issues such as immigration, inequality, globalisation, technological disruption, slow economic growth and accelerated climate change. The book aims to deconstruct fake facts such as those surrounding migration and international trade, and proposes that an approach to world problems that is grounded in science and sound economic reasoning can bring about intelligent interventionism and a more compassionate society. The author duo’s Poor Economics: A Radical Rethinking Of The Way To Fight Global Poverty is another essential read to understand developmental economics. Abhijit Banerjee and Esther Duflo are also recent recipients of the Nobel Prize in Economic Sciences ‘for their experimental approach to alleviating global poverty.’ 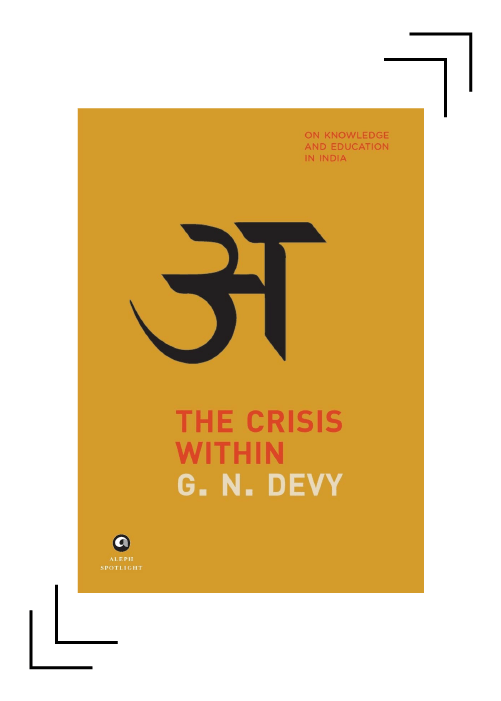 The Crisis Within: On Knowledge And Education In India

The Crisis Within critically examines the imbalances within the Indian education system and explores how the lack of infrastructure, funding and autonomy in Indian institutions is the root cause here. The book stresses on the need for the education system to get over its post-colonial English hangover and produce knowledge that is appropriate to India and fit for a modernised society. Divided into four sections, the book tackles the idea of ‘knowledge’ in Indian tradition(s), the trajectory of ‘memory’, the patterns of social exclusion and their effects on knowledge construction, and the impact of technology on the forms of knowledge. The book is an essential read that forewarns us of the looming decline in knowledge and education in the country while offering a way forward to ensure that we do not fail our future generations. 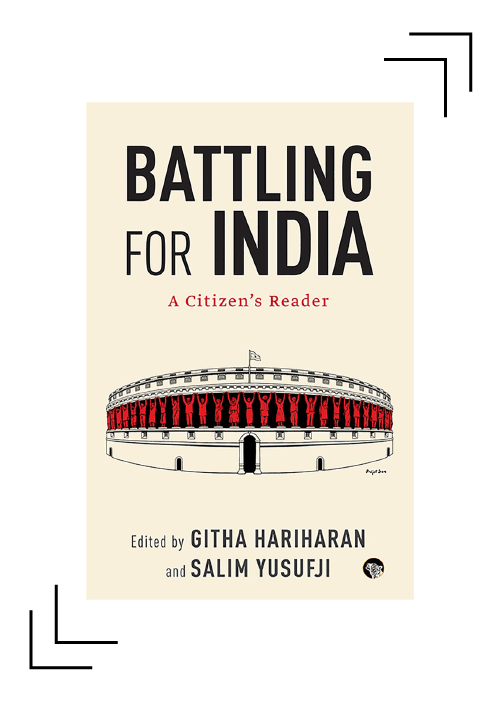 Battling For India: A Citizen’s Reader

Battling For India is an anthology of essays that brings together the lived realities of marginalised groups like the Dalits, Adivasis, Muslims, journalists, student artists, teachers, and others who refuse to be second-class citizens. These groups have used private and public activism to state their claim to citizenship and remain resistant to the rise of hyper-nationalism. This anthology includes essays from people of all ages, right from an 18-year-old to a 91-year-old woman and is unique its interrogation of the ways in which the Constitution interacts with their daily lives. The different voices in the anthology serve to highlight the growing exclusionary nature of citizenship in India, thereby making Battling For India a necessary read in the current political environment.