Japanese literature has a rich history and some of the early works were heavily influenced by Chinese literature, while Western literature impacted later works. However, not many readers are familiar with Japanese authors other than Haruki Murakami, Kazuo Ishiguro or Keigo Higashino. In this list, you’ll find books dating from 11th to the 21st Century and covering a variety of genres- from literary fiction to crime and short stories. These books will give you a deeper understanding of Japanese culture. If you’ve ever wanted to explore Japanese literature, look no further. 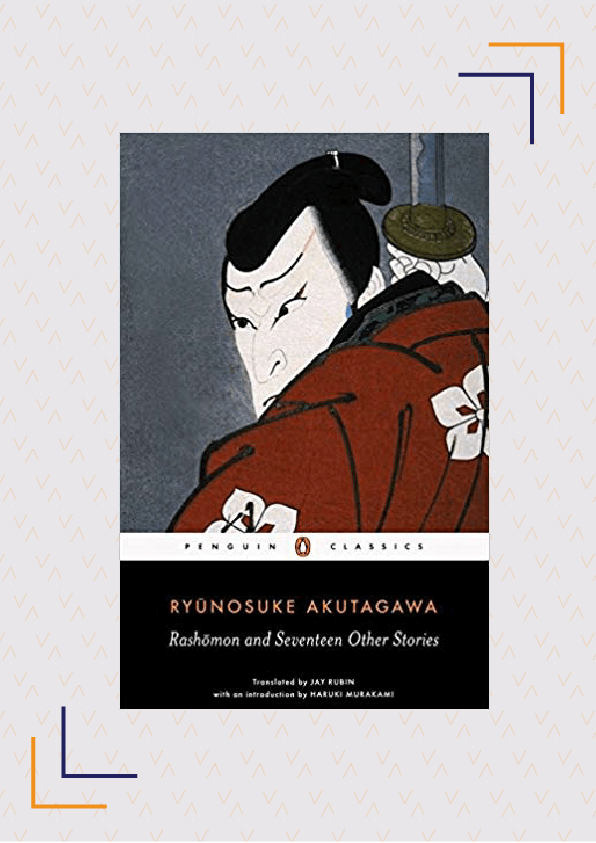 Rashomon And Seventeen Other Stories

Ryunosuke Akutagawa was a prolific writer and one of the most widely translated Japanese authors,  with a large foreign readership. He was specially known for his short stories, two of which were adapted by Akira Kurosawa into films. Rashomon is a collection of 18 of Akutagawa’s stories, which highlight what he was known for- his style, original imagery, beauty and humour. While the eponymous Rashomon shows what goes on in the mind of a man who is about to take to a life of crime and what eventually pushes him over the edge, The Nose is a satirical short story set in the Heian period and features a priest who is more concerned with shortening his nose than in studying the sutras. Other stories in the collection include O-Gin, Loyalty, Hell Screen and later works like Spinning Gears and Death Register. If you enjoy his short stories, check out his novel Kappa, a satirical fable on corruption in Japanese society. 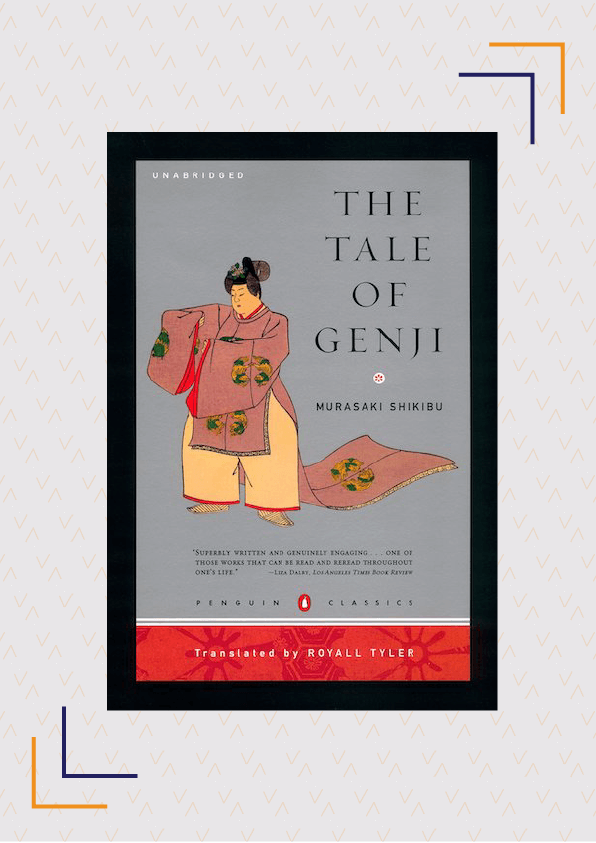 The Tale Of Genji

Lady Murasaki was a lady-in-waiting at the Imperial Court during the Heian period and The Tale Of Genji is considered one of the world’s earliest novels. Consisting of six parts, it is a lengthy work centred around Genji, the son of an emperor. Through Genji’s story, Murasaki highlights life at court in medieval Japan and shows that sexual affairs were also a “matter of ruthless practical strategy”. If you want to know more about the enigmatic Lady Murasaki, read her The Diary Of Lady Murasaki which covers the process of writing Genji, her relationships with the other ladies-in-waiting, and the birth of Emperor Go-Ichijo. 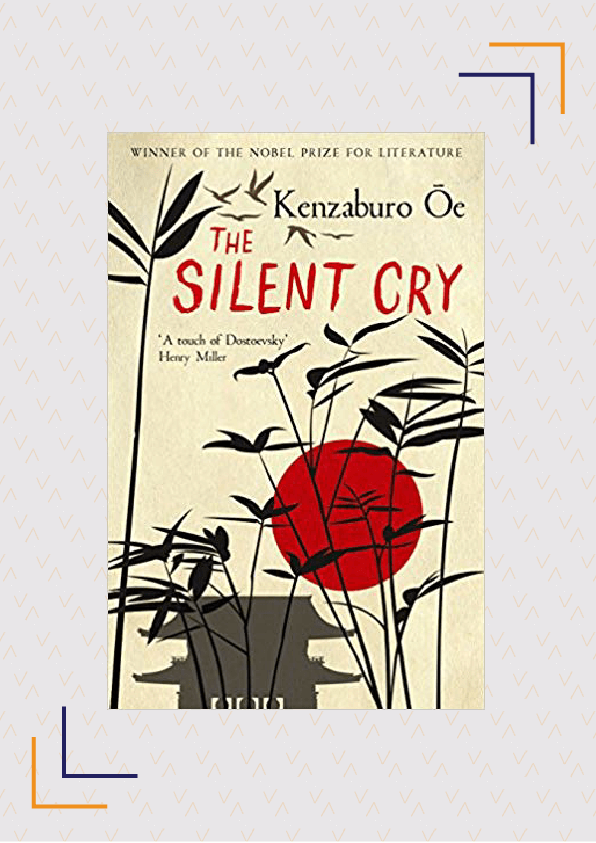 Kenzaburo Oe is a prominent figure in contemporary Japanese literature and the winner of the 1994 Nobel Prize for Literature. Set in the early 1960s, The Silent Cry is the story of two estranged brothers, Mitsusaburo and Takashi. While Mitsusaburo works in Tokyo, his brother moved to the U.S. When Takashi returns, their lives are thrown into chaos as they are pitted against each other and end up “dredging up family histories best forgotten”.  Other works by Oe that are worth exploring include Death By Water and A Personal Matter. 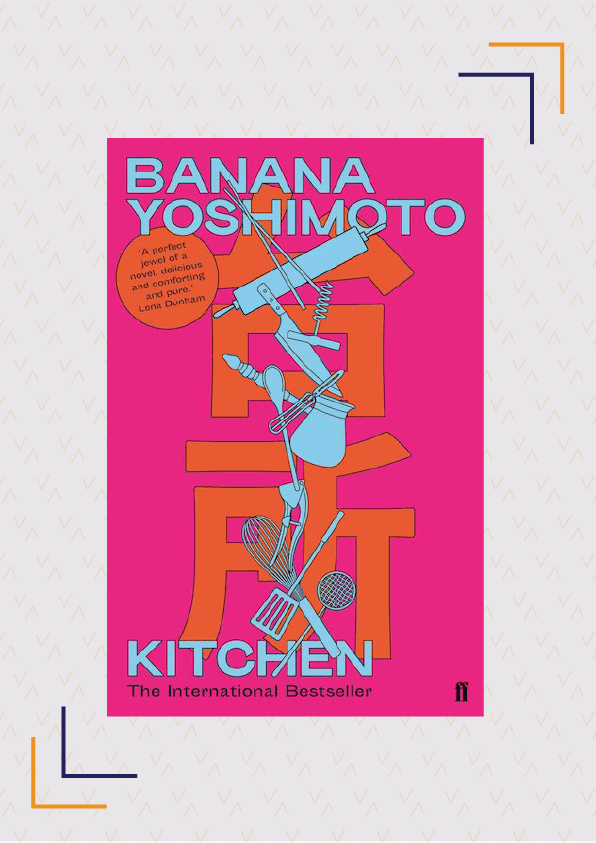 Banana Yoshimoto has authored 12 novels and seven collections of essays and is considered one of the finest Japanese authors. She has won several awards both in Japan and abroad. Kitchen follows Mikage Sakurai as she struggles to deal with her grandmother’s death. She ends up living with her grandmother’s friend, Yoichi and his transgender mother, Eriko. Along the way, Mikage discovers her passion for cooking and food gives her much-needed direction. Several editions of Kitchen also include Moonlight Shadow, a novella that also centres on loss and a young woman’s attempt to cope with it. Other notable works by Yoshimoto are Goodbye Tsugumi, Amrita and Asleep. 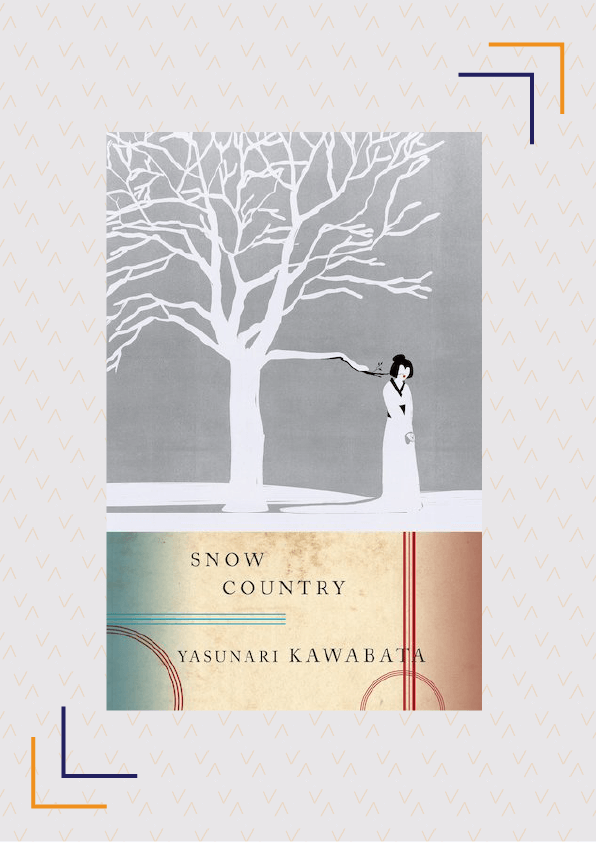 Yasunari Kawabata was the first Japanese author to win the Nobel Prize for Literature. Snow Country is a beautiful story about the love between Komako, a geisha, and rich loner and dilettante, Shimamura. Written in Kawabata’s lyrical style, this short novel is a poignant tale of doomed love. If you enjoyed this book, pick up Thousand Cranes, The Sound Of The Mountain or The Master Of Go. If you prefer short stories, Kawabata’s House Of The Sleeping Beauties And Other Stories is a great pick. 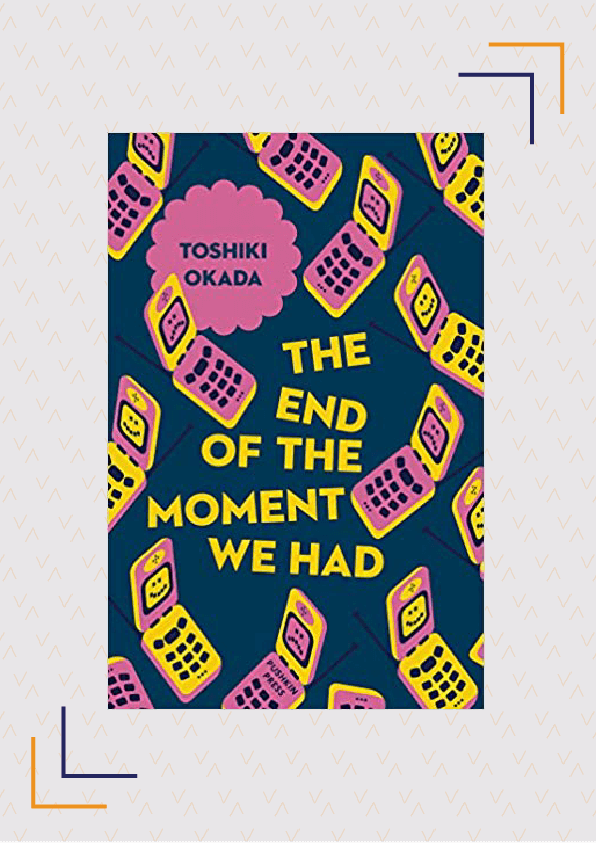 The End of the Moment We Had

Toshiki Okada is a Japanese author, playwright and director who has won several awards for his work. The End Of The Moment We Had consists of two novellas. In the titular novella, a man and a woman meet at a nightclub in Tokyo and end up going to a love hotel where they spend the next five days in a marathon of sex. My Place In Plural is the internal monologue of a technology-dependent woman whose house and marriage are collapsing around her. The novellas explore the alienation of young Japanese from mainstream culture and capture “the ennui that has paralyzed a generation”. 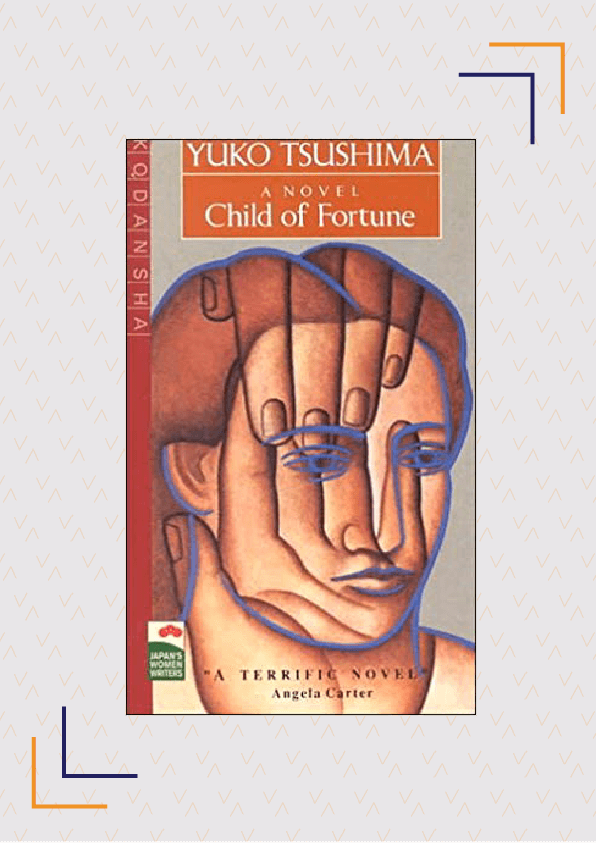 Yuko Tsushima was a Japanese author, essayist and critic who won many literary prizes during her career. Child Of Fortune is the story of Koko, an almost-40 single mother whose daughter prefers to live with her aunt. However, after a casual affair, Koko finds herself unexpectedly pregnant again. As she faces an uncertain future, she delves into her past, even though it threatens to overwhelm her. Child Of Fortune is a novel about a woman who refuses to conform to society’s expectations and the struggles she faces as a result. If you like this, explore Territory Of Light, another book featuring a single mother. 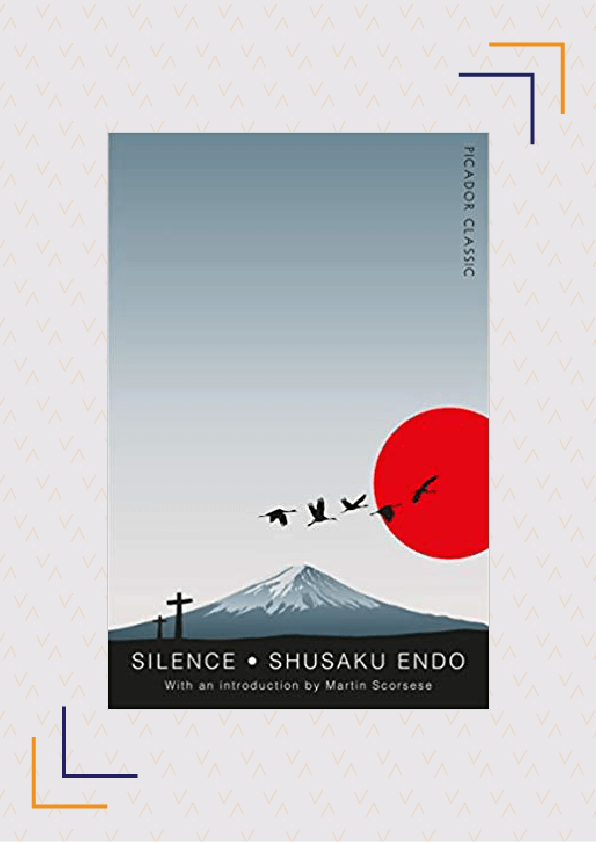 Shusaku Endo was one of the most popular Japanese authors to emerge post-World War II. Silence is his most well-known work, often considered his masterpiece, and is the winner of the Tanizaki Prize. Written partly as a journal, it is the tale of a Jesuit missionary, Sebastiao Rodrigues, who was sent to 17th Century Japan to help the local church and the persecution he faces. The book highlights religious discrimination in 17th Century Japan and what happens when a priest is forced to choose between his flock and God. Endo’s other works that are worth reading are The Samurai and Deep River, which is set in India. 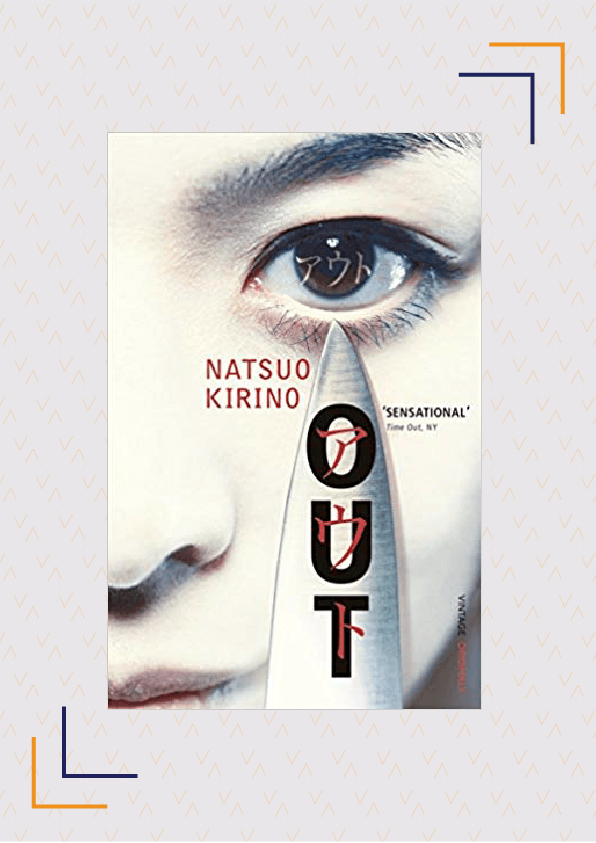 Natsuo Kirino is one of Japan’s most popular mystery novelists. Her novel, Out, won the Mystery Writers Of Japan Award and its translation was a finalist for the 2004 Edgar Award. Four women, living and working in the Tokyo suburbs, secretly dream of escaping their troubled lives. When one of them snaps and murders her husband, her co-workers all band together to help her cover up the crime. However, the dismembered body is discovered and as the police start investigating, the women turn on each other even as a criminal starts hunting them. For more edge-of-the-seat thrillers like this one, pick up Kirino’s other works- Grotesque and Real World. 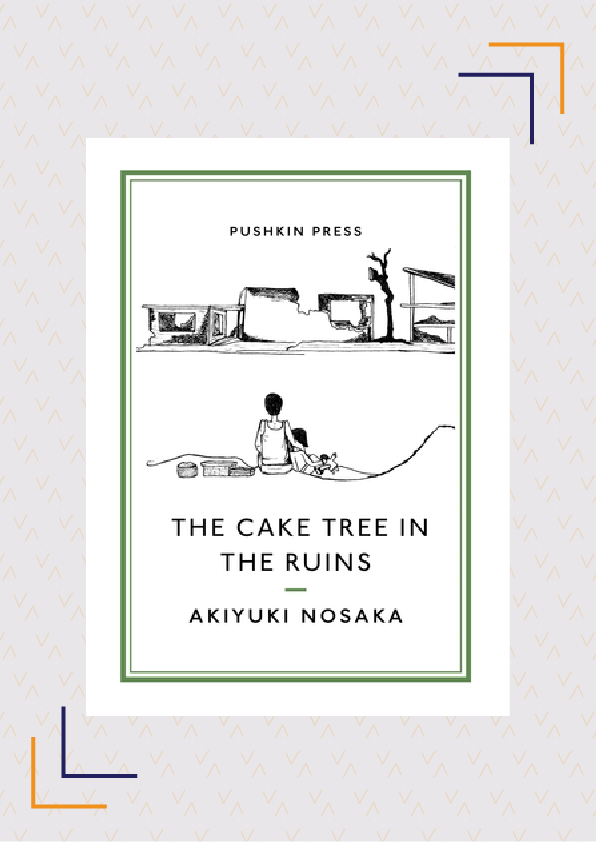 The Cake Tree In The Ruins

Akiyuki Nosaka was a Japanese author, singer and lyricist, best-known for his beautiful short story, Grave Of The Fireflies. The stories in The Cake Tree In The Ruins are inspired by his own experiences as a child during World War II and portray the devastation of war. The Parrot And The Boy is the tale of a young boy who finds comfort by taking care of a parrot. The Red Dragonfly And The Cockroach is the story of a kamikaze pilot on his final flight. These stories will haunt you and make you think of the effect war has on children and even, animals. 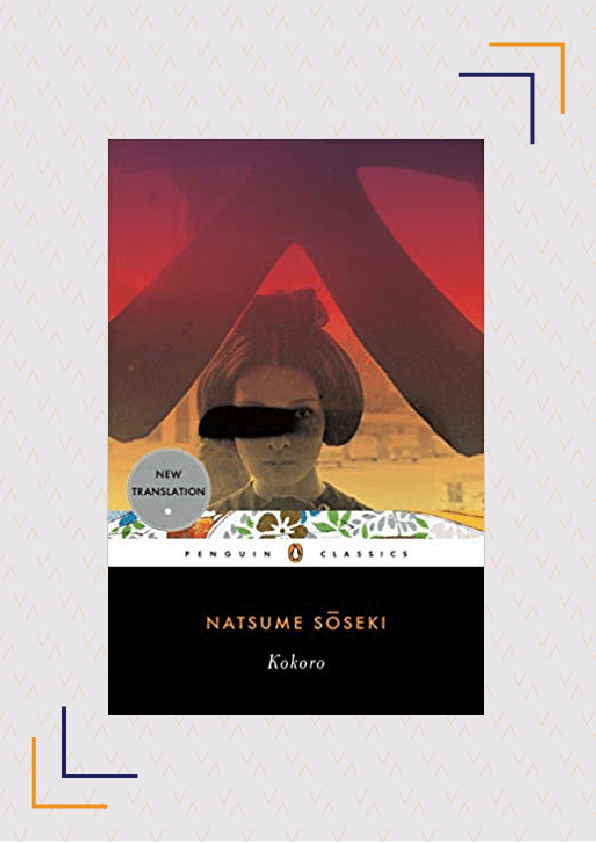 Considered amongst Japan’s greatest writers, Natsume Soseki was a scholar, poet and novelist during the Meiji era. His last and most famous novel, Kokoro, is the story of a friendship between a young man and an elder whom he calls sensei. Written in three parts, the first two are narrated by the young man as he recounts his memories of Sensei, while the third part is in the form of a letter written by the Sensei, in which he reveals his past. The novel highlights the cultural shift in Japan during the early 20th Century. Soseki’s other works include Botchan, The Gate and Kusamakura. 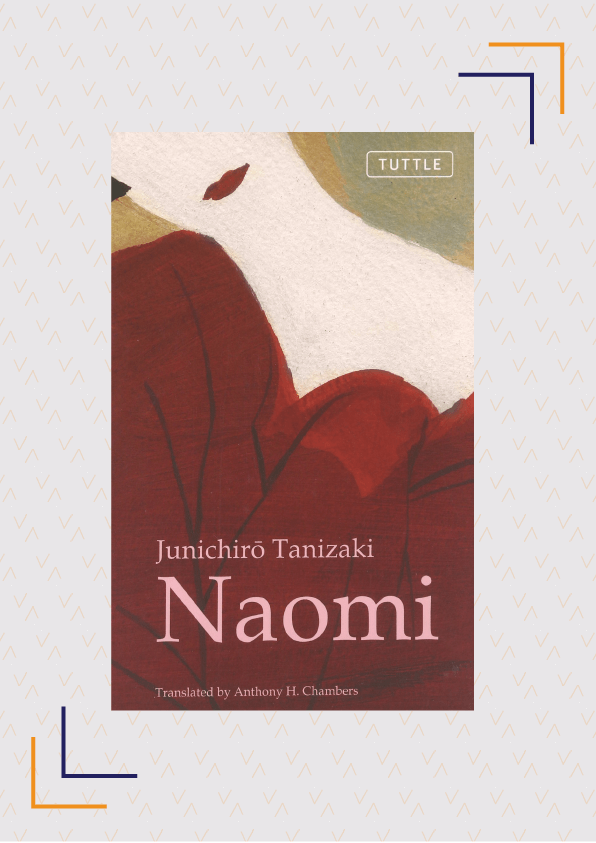 Tanizaki was an important author of modern Japanese literature and won the Asahi Prize in 1949. The Tanizaki Prize, one of Japan’s most prestigious awards, is named after him and is awarded to a work of fiction or drama. Naomi is narrated by Joji, a 28-year-old man who becomes obsessed with a teenage waitress, Naomi, and begins to groom her into the perfect wife. He pays for English and music lessons in an attempt to Westernise her but later realises that Naomi is not as naïve as she seems. Naomi is a comic depiction of Japan’s cultural confusion and its fascination with the West. A prolific author, Tanizaki wrote several novels including The Key, Some Prefer Nettles and Diary Of A Mad Old Man. If you want to read his short stories, pick up Seven Japanese Tales.