We can’t wait for June as some of our favourite Indian authors are releasing new books. Next month, Amitav Ghosh’s latest fiction is being published, Arundhati Roy is releasing a collection of non-fiction, and Nikesh Shukla is coming out with a new novel. If cricket fever has taken you over, you’ll enjoy reading a book about the first All India cricket team, circa 1911. Other books by Indian authors releasing in June include one about coalition politics, one that chronicles a journalist’s experiences in the North East, and one set in 17th-Century India. From thought-provoking non-fiction to hard-hitting novels, June has something for everyone. 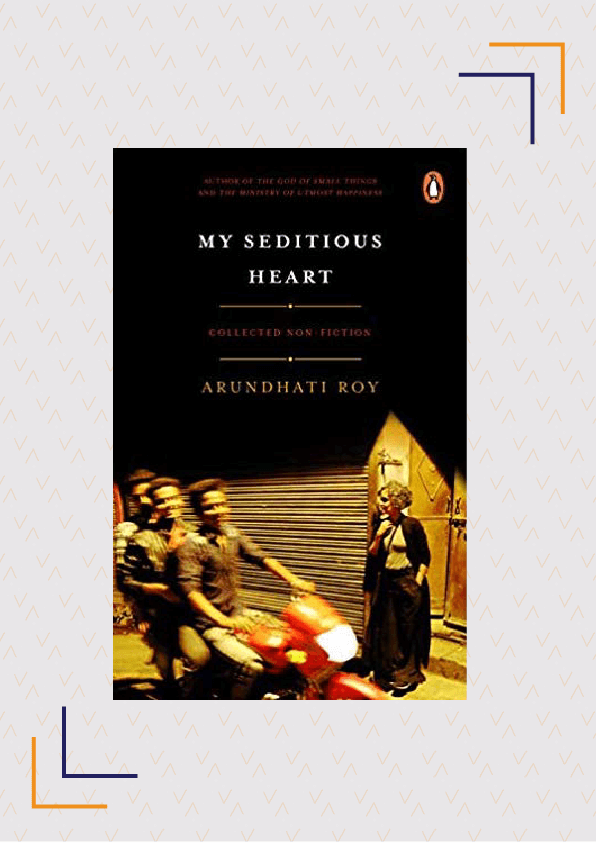 This 1000-page tome collects Arundhati Roy’s complete non-fiction work written during the two-decade period between The God Of Small Things and The Ministry Of Utmost Happiness. During this time, Roy devoted herself to writing political essays in a bid to open up space for justice, rights and freedom in an environment that, according to her, has been growing increasingly hostile. The essays speak in defence of the collective, the individual and the land, especially when faced with the logic of the financial, social, religious, military and governmental elites. In addition to being political, these essays also take us through Roy’s journey as a writer and a citizen of both India and the world. 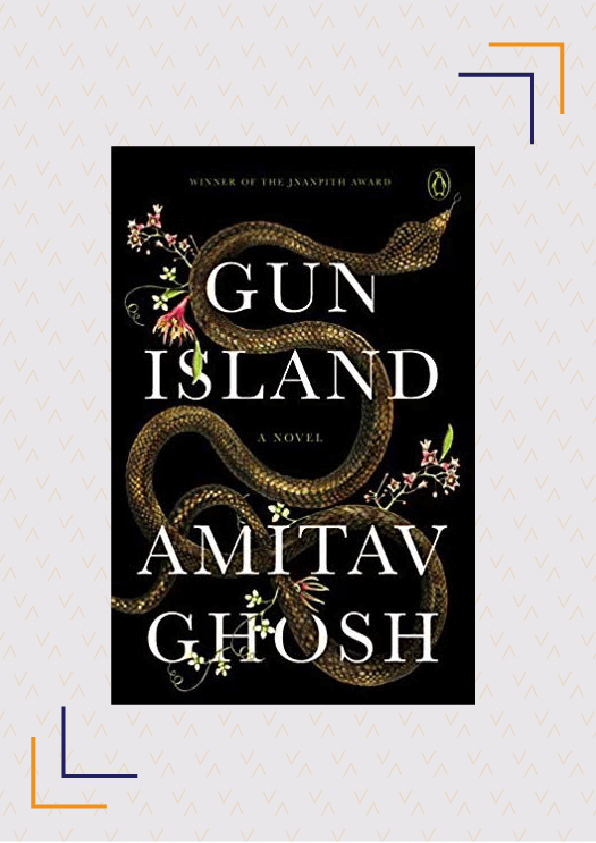 Amitav Ghosh needs no introduction and his latest novel is one of the most anticipated books of 2019. Set in several locations around the world, it is a work of historical fiction with cli-fi themes. Deen deals in rare books and is used to spending his time indoors but is forced to set out on an extraordinary journey which takes him from India to Los Angeles and Venice. Along the way, he meets some interesting characters like Tipu who show him the realities of growing up in today’s world. His remarkable journey will not only upend his view of himself but also that of the world around him. At its core, Gun Island is a “story of hope, of a man whose faith in the world and the future is restored by two remarkable women.” 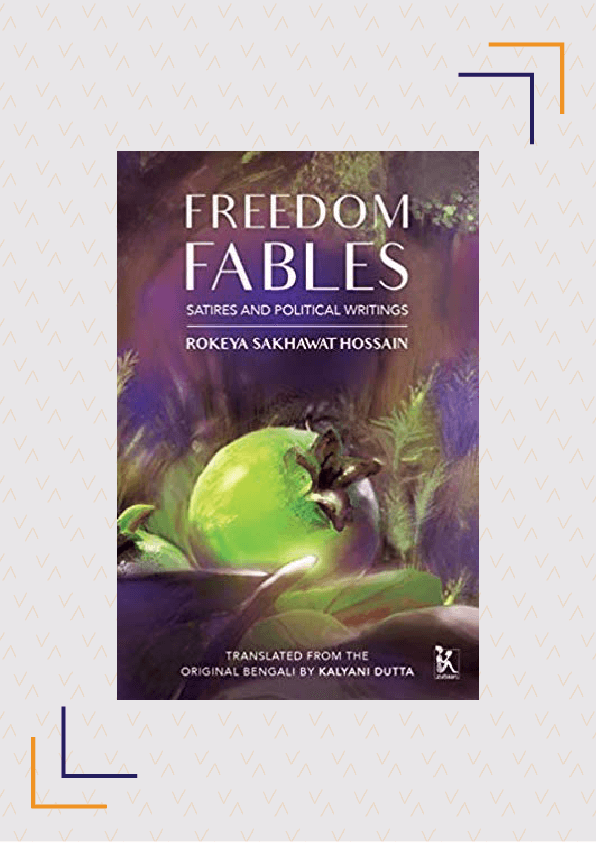 Available for the first time in English, Freedom Fables consists of tales that chart India’s relationship with Britain and feature characters like Adam and Eve, djinns, demons and magicians. The first story, ‘The Freedom Tree’ maps the rise and growth of the Congress, and the second story, ‘The Tree Of Knowledge’ begins in Eden, which devolves into Kanakadwipa and is then ruined by a trading company. In addition to these two satires, this book also compiles six essays and two poems, written over a period of 17 years. Hossain’s writings feature themes like education and emancipation of women, freedom from colonial rule and human dignity. 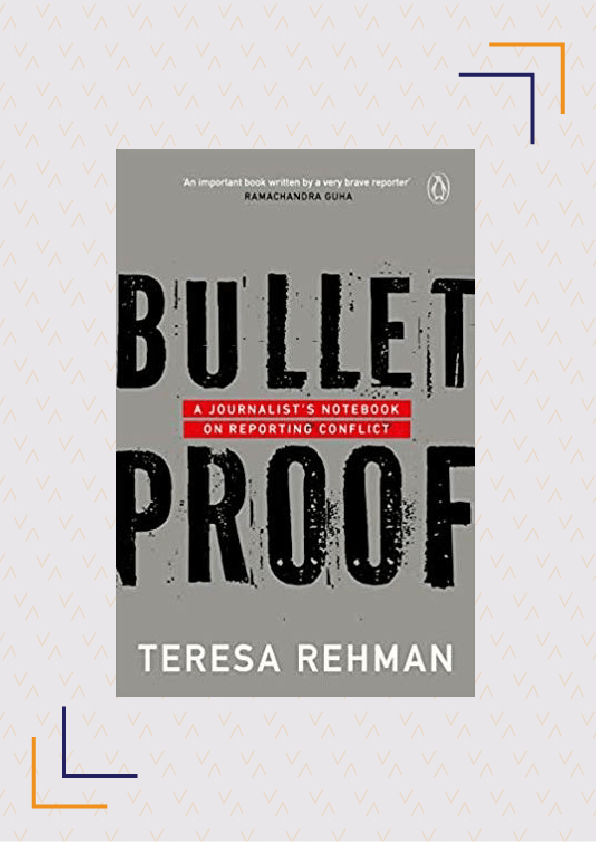 Teresa Rehman’s hard-hitting book chronicles her experience as a female combat journalist in North-East India. However, it goes beyond mere statistics and focuses on the collateral damage of conflict instead. This collection of rare stories details the impact of conflict on women, children, and even the environment, sanitation and health. Bulletproof is an important book, which shows us the reality of one of the most under-reported regions in the world. 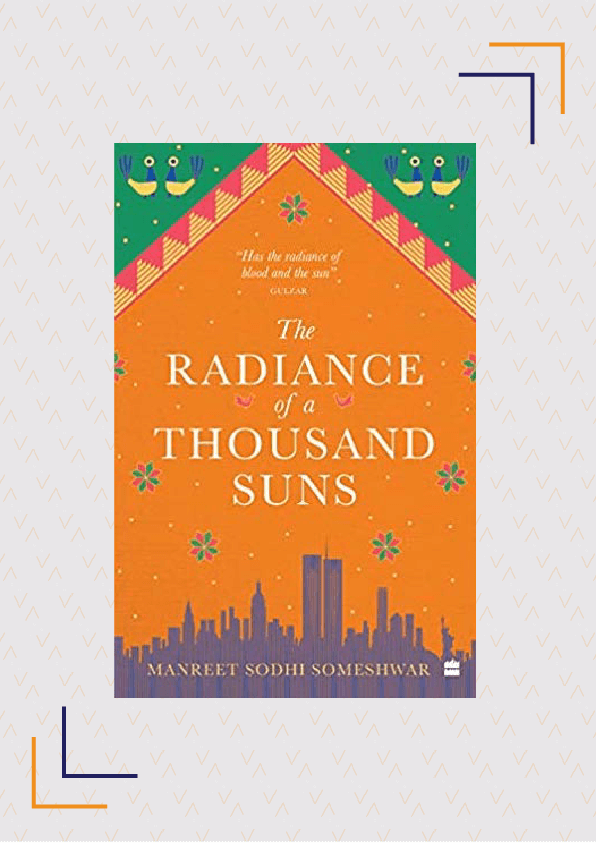 The Radiance Of A Thousand Suns

The Radiance Of A Thousand Suns spans generations and countries as it tells the story of various people caught in the aftermath of the Partition, Operation Bluestar, Indira Gandhi’s assassination and 9/11. Jyot survives the Partition but loses her family during the riots of 1984. Even after she migrates to the U.S., she has to deal with racism in post-9/11 America. Meanwhile, Nooran deals with the violence of Partition by adding memories from the time to her mother’s piece of Bagh embroidery, and Mr. Malik seeks redemption by helping displaced Sikhs who are suffering after 9/11. This poignant novel is an ode to the spirit of the people of Punjab. 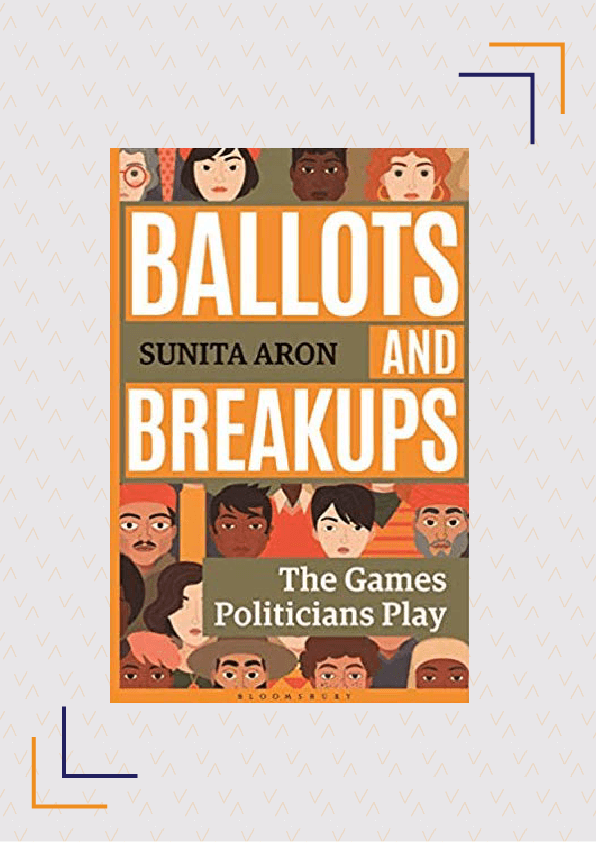 Journalist Sunita Aron has travelled across the country to document the drama of coalition politics. The result, Ballots And Breakups, is a compelling read that demonstrates how fragile coalitions amongst political parties negatively impact Indians. She takes us through the formation of coalition governments, their viability and the basis of stable coalitions in Indian states. Containing insightful analysis and interviews with politicians, Ballots And Breakups also makes a case for the need for guidelines on how the government should be formed in case there is no clear majority. This book is a must-read for anyone looking to understand coalition politics in India. 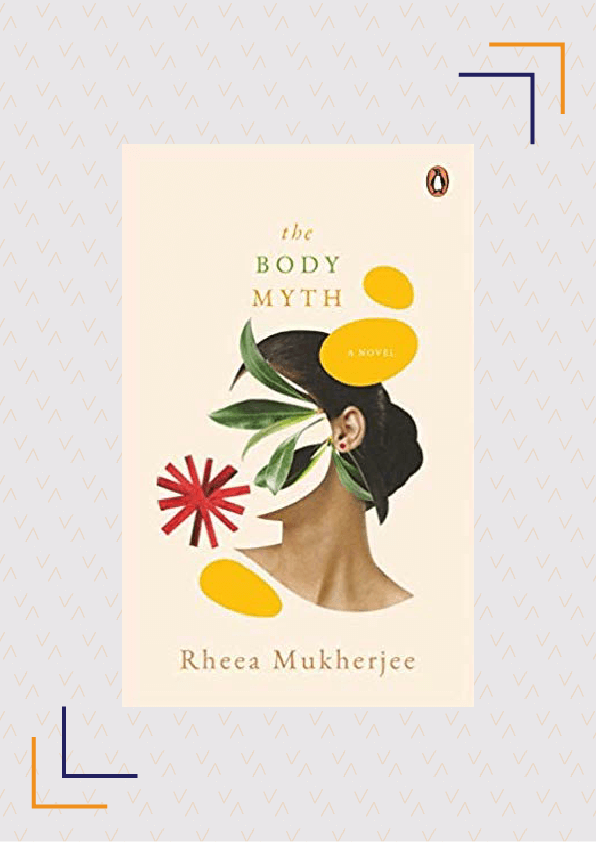 Mira is a recently widowed teacher in Suryam, a modern Indian city. One day, she comes across a woman, Sara, having a seizure in the park. As she runs to help her, she wonders if it’s her imagination or did the woman look around to see if anyone was watching just before the seizure began. Was it real or faked? Soon, Mira finds herself drawn into the lives of Sara and her husband, Rahil. They start off as friends but soon become involved in a polyamorous relationship. At its core, the book is about love and the many forms it takes. The Body Myth might make you uncomfortable but is worth reading as it explores questions related to the body and the conflict between the mind and the body. 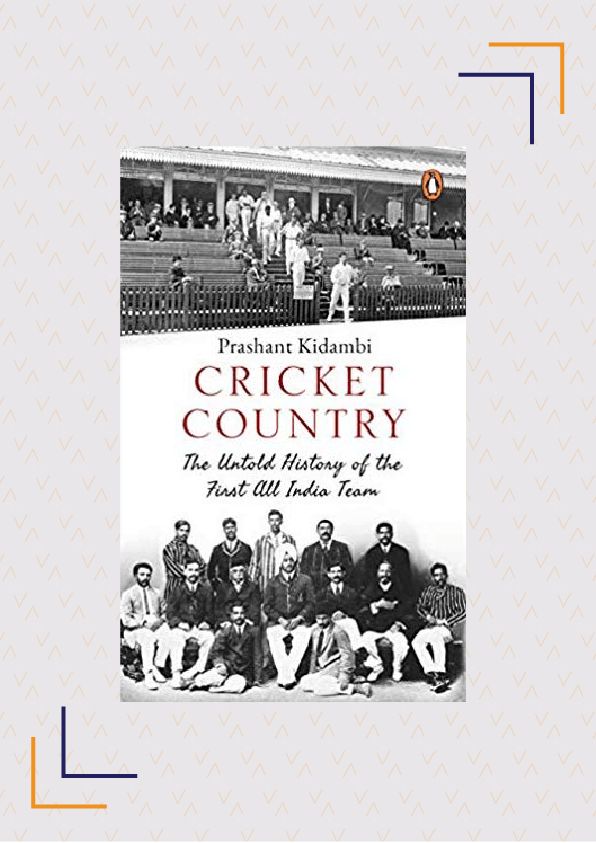 Cricket Country: The Untold History Of The First All India Team

16 Indian men, members of the first All India cricket team, undertook a historic journey to London on May 06, 1911. It took 12 years and three failed attempts for the team to make their debut on the cricket fields of Britain. The group was captained by 19-year-old Bhupinder Singh, the Maharaja of Patiala, and consisted of players selected on the basis of their religion. Remarkably, the team also included two Dalits. Set against the backdrop of protest and intrigue and drawing on original archival sources, Cricket Country is the tale of ‘how the idea of India was fashioned on the cricket pitch in the high noon of empire.’ 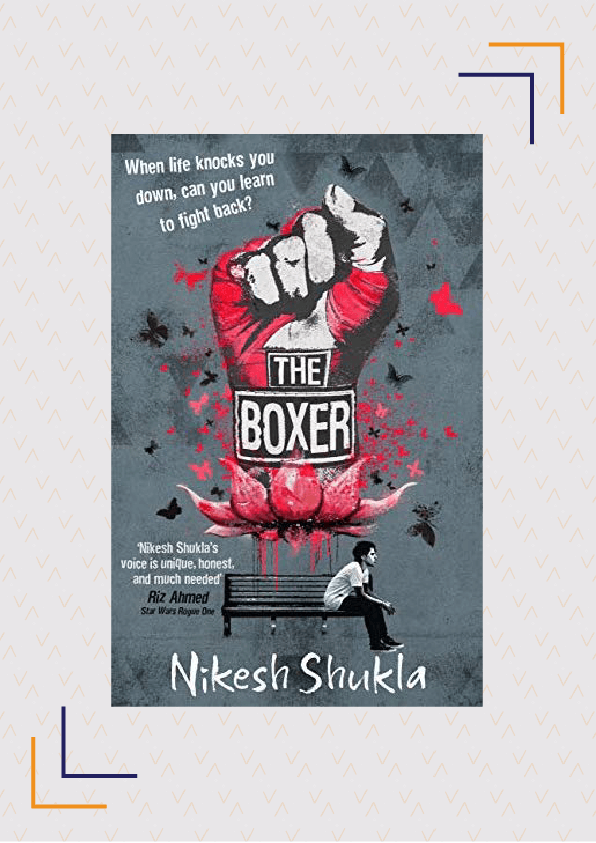 The Boxer is the story of Sunny, a 17-year-old, who joins a boxing club to learn how to defend himself after a racist attack. At the club, he finds the community he has been looking for and a mentor who helps him understand his place in the world. However, racial tensions are rising in Bristol and Sunny is afraid that his new best friend, Keir, might be getting radicalised. Told over the course of ten rounds of Sunny’s first fight, this is a gripping novel about friendship and the importance of finding a place to belong to. 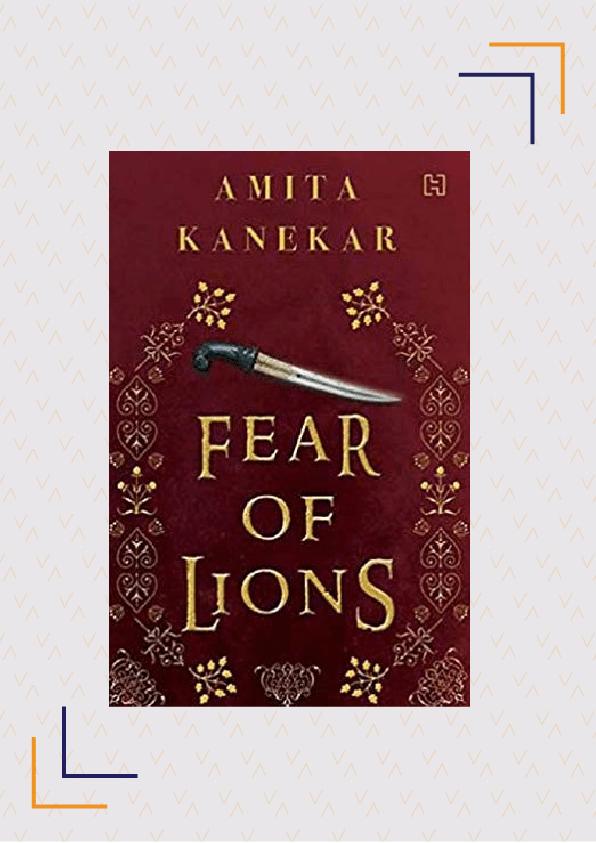 12 years into the rule of Emperor Aurangzeb, two Mughal nobles leave on a trip to the market town of Narnaul. While Shamsher is on a secret mission for his father, his sister Zeenat has her own agenda. Along the way, they discover that the recently crushed mutiny was led by a witch who was inspired by Bhakti saint Kabir. The rebels included her mostly female followers who called themselves ‘Satnami’. The siblings must now try to figure out where the Satnamis came from and what they want; who was Kabir; and how the cult of Bhakti could lead to violence. Fear Of Lions is the story of a rebellion that almost brought imperial Delhi to its knees.

Disclaimer: Some of these books were previously available on Kindle or as international editions which were available for import. This list features Indian editions of these books, which tend to be more affordable. The information featured here is accurate as of May 23, 2019.