Independence for India came at the cost of its Partition – a historical event that had a far-reaching impact on India as well as Pakistan and Bangladesh. The bloody period of Partition saw the murder, rape, disappearance, and/or mutilation of thousands of people, and left behind deep wounds that continue to fester even today. While authors like Sadat Hasan Manto and Bhisham Sahni have written about Partition, the stories by female authors provide us with a more nuanced perspective on the topic. Authors like Amrita Pritam and Khadija Mastur have written heart-wrenching stories about loss and inhumanity – a result of the forced migration that left millions poor and homeless. In this list of books by female authors about partition, we encounter women who have suffered from this inhumane tragedy. 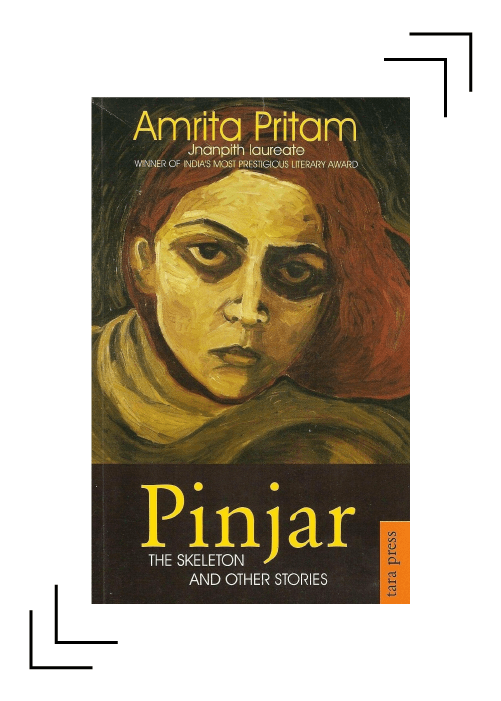 During the India-Pakistan Partition, about 75,000 women were kidnapped and raped. Pinjar is a fictional tale that embodies this ordeal, and how the women suffered. The story follows Puro, a Hindu girl, who is abducted by Rashid, a Muslim man, in order to take revenge against her family. When she eventually manages to escape, she is rejected by her family and forced to return to Rashid and marry him. As she tries to settle into her new life, her world is thrown into chaos once India becomes independent and Hindu-Muslim riots break out everywhere. This tragic tale of a woman, who had to go through trials through no fault of her own, is one that will ring true not only for women from the Partition era, but also the women of today. 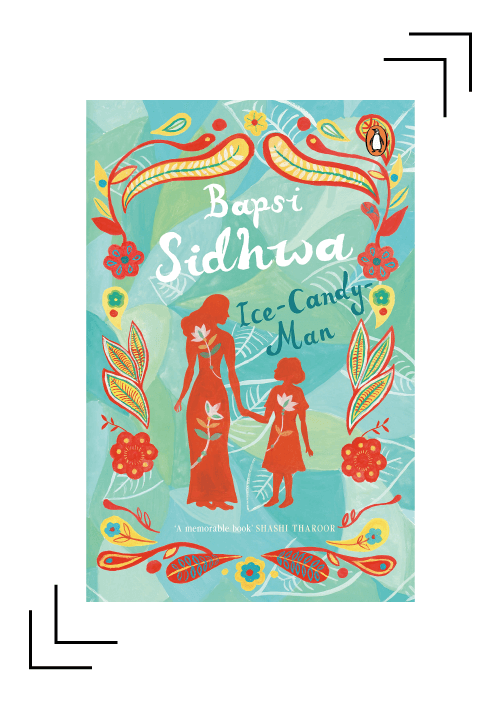 Ice Candy Man is told from the perspective of Lenny Sethi, a four-year old Parsi girl, living in Lahore, and suffering from polio. She is very close to her ayah, Shanta, a Hindu girl. As violence and religious strife spreads through the city due to the Partition, Lenny unknowingly betrays Shanta and a Muslim mob carries her off. The novel is told almost entirely in the present tense, making the horrors seem all the more vivid and real, and not a distant memory. What makes the book memorable is that it provides a view of the Partition from an observer who is neither Hindu nor Muslim. It also provides a child’s perspective of the events, thereby showing us a brutal yet honest view of the Partition. 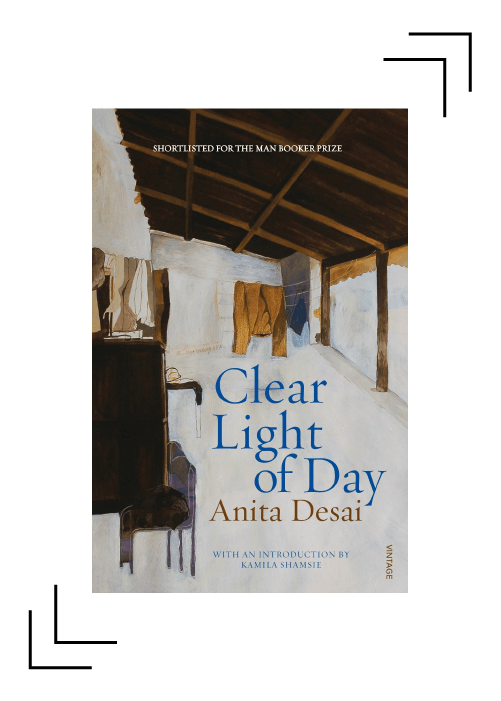 Clear Light Of The Day

Anita Desai’s novel tracks the story of the Das family through their childhood, adolescence, and adulthood, from Partition to modern day. When their alcoholic aunt becomes their caretaker due to the absence of their parents, it becomes Bim’s responsibility to take care of her autistic brother, Baba. As they grow older, the children grow apart, and the novel follows the story of their attempts to reconcile and come together as a family. Desai has cleverly used the events happening during the Partition as parallels to the story of the Das family – the dissolution of the family, people fleeing to escape, and the deaths of important members of the family all have their roots in this tragic period of history. 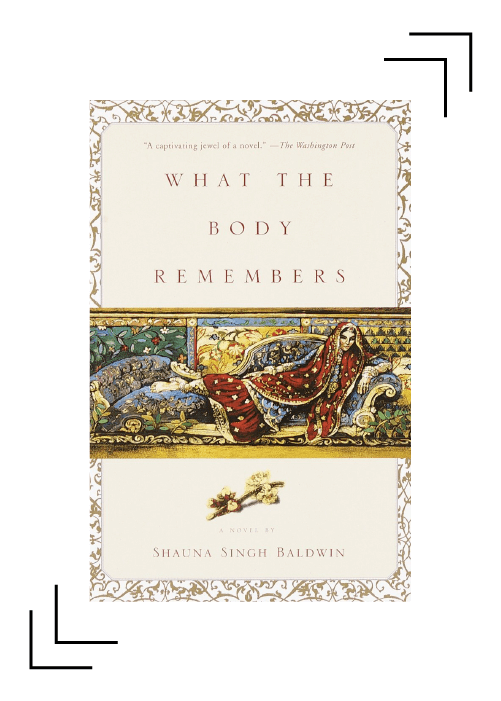 What The Body Remembers

Roop, a poor and young girl, is chosen to be the second wife to a rich Sardar. She believes she will become good friends with his first wife, but soon realises that the relationship is more complex. As India moves towards independence and Partition, her life is thrown into further turmoil as her family struggles to stay in their homeland and not lose their wealth. This novel exposes you to the anguish felt by those who suddenly became penniless and landless due to no fault of their own, and the alacrity with which a young girl is forced to grow up and deal with displacement. 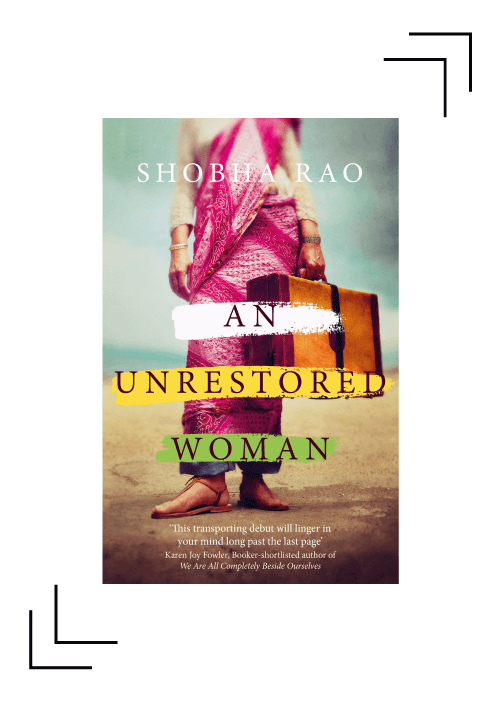 Shobha Rao’s collection of 12 stories explore how the Partition impacted the lives of women on both sides of the border. In one of the stories, a girl forced into prostitution bides her time before taking revenge on her captor; in another, an Indian servant falls in love with his employer. Set against the backdrop of Partition and its subsequent riots, these stories portray the harsh realities of the women who had to endure countless horrors, and how that played a role in shaping the histories of both countries. 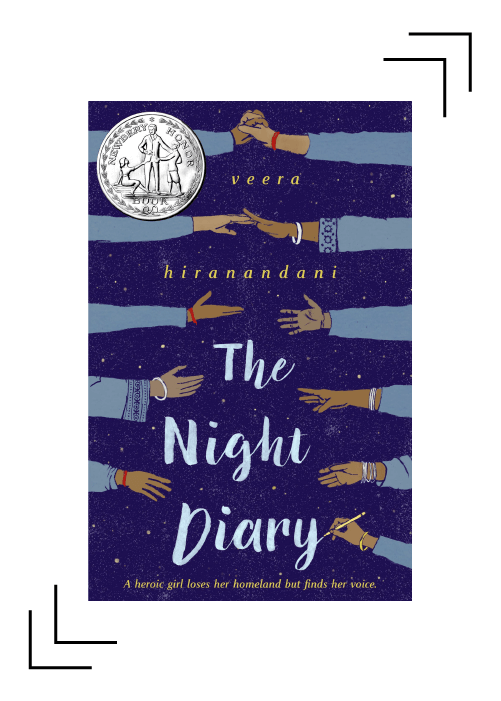 This stunning epistolary work features a 12-year-old half-Muslim, half-Hindu girl, Nisha, as she is displaced from her home in Pakistan and is forced to move to Jodhpur due to the rising violence during Partition. Nisha, who lost her mother in childbirth, writes ‘letters’ to the latter during her perilous journey (partly by train and partly by foot). With each letter, you see the fears children faced when they were displaced and lost their homeland, and the ensuing identity crises that arose. This novel is also crucial in understanding how children with parents from both religions were treated during the Partition. 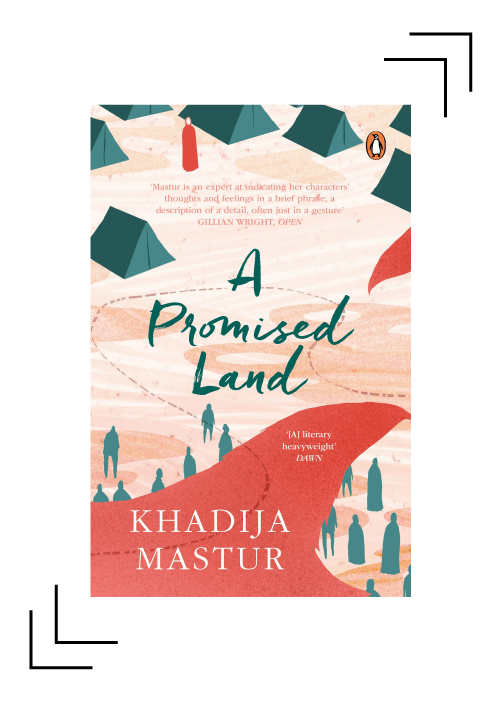 Sajidah, like millions of men and women before and after her, arrives at a refugee camp in Pakistan. After the sudden death of her father, she has to resort to the kindness of a young officer, Nazim, who takes her to his home. He is clearly interested in her, but his other brother Kazim has sinister plans for the young woman. She marries Nazim to escape them. Kazim then turns his attention to another refugee they have housed, and Sajidah is helpless to save her friend from the horrors. Khadija Mastur’s novel is brutal, but realistic in its portrayal of the prevailing gender injustice in society, which reared its ugly head to prey upon thousands of displaced women during the Partition. 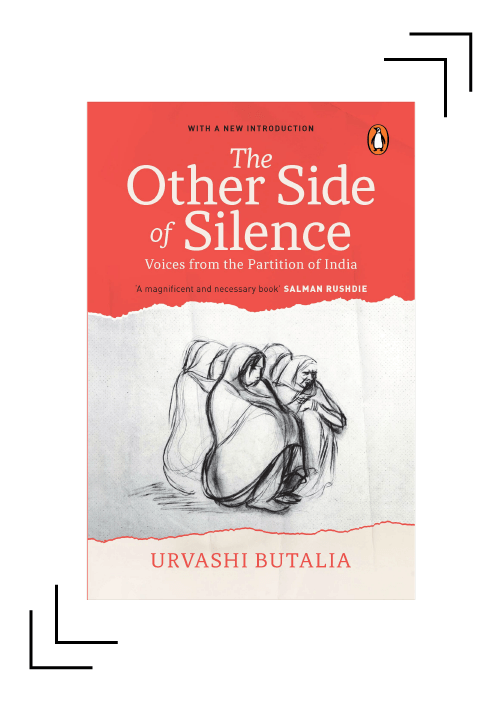 The Other Side Of Silence: Voices From The Partition Of India

Not only did the Partition of India-Pakistan displace millions of people, but also the sheer scale of the torturous activities like rape and murder that took place was enormous. Urvashi Butalia conducted interviews for over 10 years to compile the real-life stories of such people in order to show how women, children, those belonging to the lower castes, including the Adivasis, were affected by this event in history. The real-life stories of people manage to bring a chill up our spine, while also showing us how the tragedy has had long-term effects on both people and the nations involved. 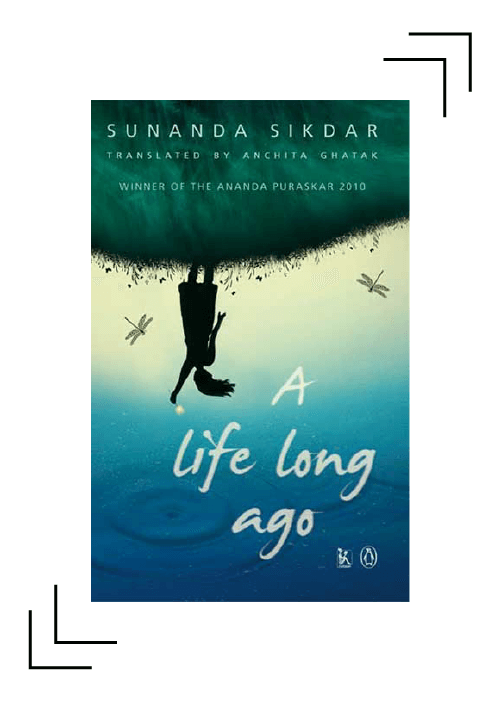 A Life Long Ago

When a 12-year-old Dayamoyee’s home becomes part of East Pakistan after the Partition, she is forced to migrate to India. She doesn’t want to leave the place she has grown up in, nor does she want to leave her friends, especially Majam. Once in India, she promises herself to never talk about the life she has left behind, but her resolve breaks when, years later, she hears of Majam’s death. Poignant and heartbreaking, this book shows us the plight of people forced to give up their homes, and how the memories continue to haunt them. 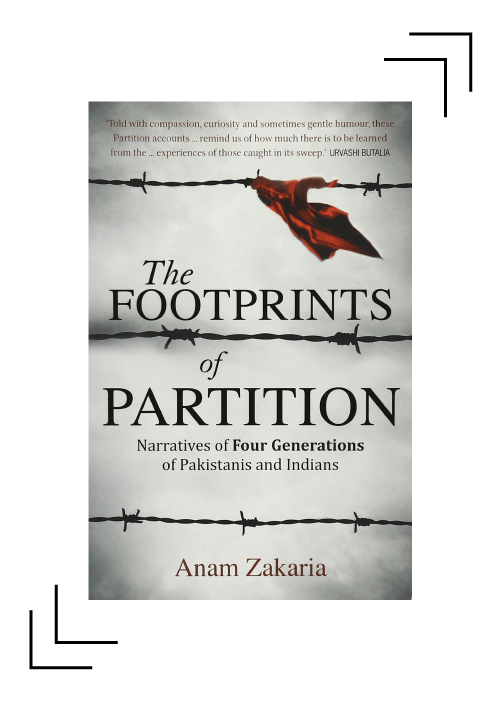 The Footprints Of Partition

Many believe that, by now, the memories and the impact of Partition have been forgotten, but all the major events following Partition (wars, terrorism, etc.) have only reinforced the fact that its effects are long-lasting. Anam Zakaria has taken it upon herself to interview four generations of Pakistanis (and some Indians) to show the deep-rooted impact of Partition among the masses. She attempts to uncover the views of both sides, and their thoughts about the atrocities committed by people across the border. The Footprints Of Partition shows us the life of Partition, after Partition itself. 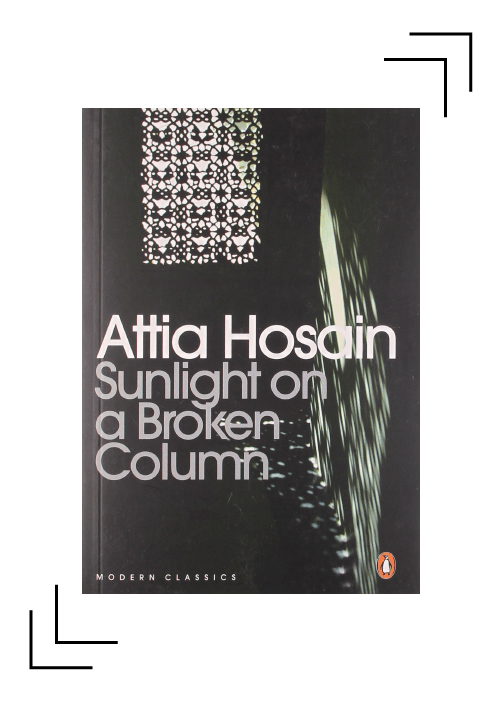 Sunlight On A Broken Column

Laila is a young orphaned girl living in 1930s India. Although she goes to a ‘Western’ school, she is still forced to keep purdah by her strict aunt and guardian. As ideas of freedom and revolution start gripping the nation, Laila is more concerned about her own freedom than the country’s. When she finally rebels against her orthodox upbringing, her personal journey is juxtaposed against India’s journey to Independence, raising poignant questions of how tough it must have been for secular Muslims to choose whether to remain in India or migrate to Pakistan during Partition. This novel is as much a personal journey of independence as it is about the freedom struggle and the Partition of India. 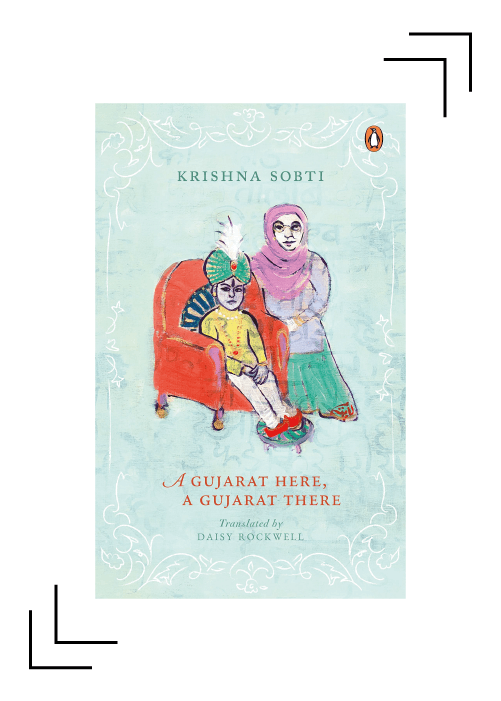 A Gujarat Here, A Gujarat There

A Gujarat Here, A Gujarat There opens in 1947 Delhi – a city overflowing with Partition refugees. Young Krishna arrives in Delhi as a ‘refugee’ and takes up work as a governess in the ruling family of the erstwhile princely state of Sirohi in Gujarat, India. However, when she is given the opportunity to become the governess to the child maharaja, Tej Singh Bahadur, she can’t help but wonder how long this idyll will last. Part memoir, part feminist anthem, this book is not only a tale of Partition but also that of a young woman determined to create a new identity for herself, all on her own terms. 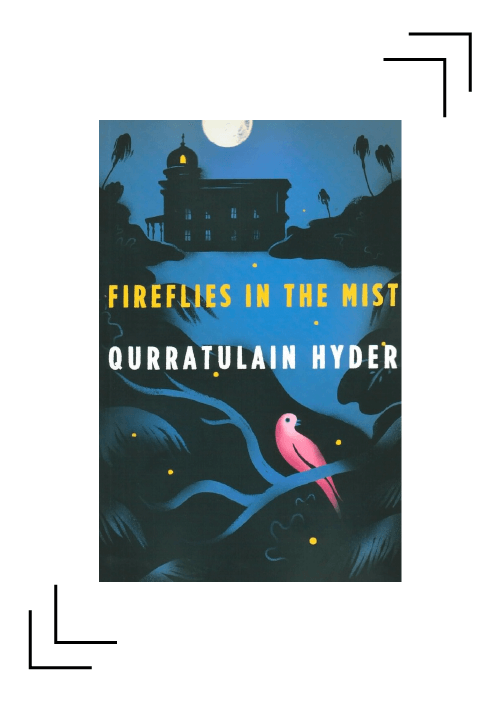 Fireflies In The Mist

Originally written in Urdu, Qurratulain Hyder’s Fireflies In The Mist spans almost four decades – from the 1930s to the aftermath of Bangladesh’s struggle for independence. The novel focusses on Deepali Sarkar, a young Hindu flirting with Marxism, and her doomed romance with Rehan, a Muslim radical. It is through their relationship that Hyder highlights the increasing tension between the Hindus and Muslims of Bengal. Fireflies In The Mist is as much a socio-political commentary as it is an homage to Bengal.