The world has, unfortunately, seen more than its fair share of dictators. Leaders who have mercilessly slaughtered hundreds and thousands of their own countrymen because their beliefs don’t match their own, have led their countries into a senseless war, or gone on a murdering spree, killing off their political opponents. These leaders have gone down in history as amongst the worst the world has seen. Here we have a list of 10 books about such leaders- some biographies and some which cover their lives and how they ruled their countries- that you must read to get an understanding of the kind of depravity and evil that they were capable of. We have Intentionally left out leaders such as Hitler, Stalin and Mao, as most people are aware of them, and have chosen slightly lesser known but equally dangerous despots. 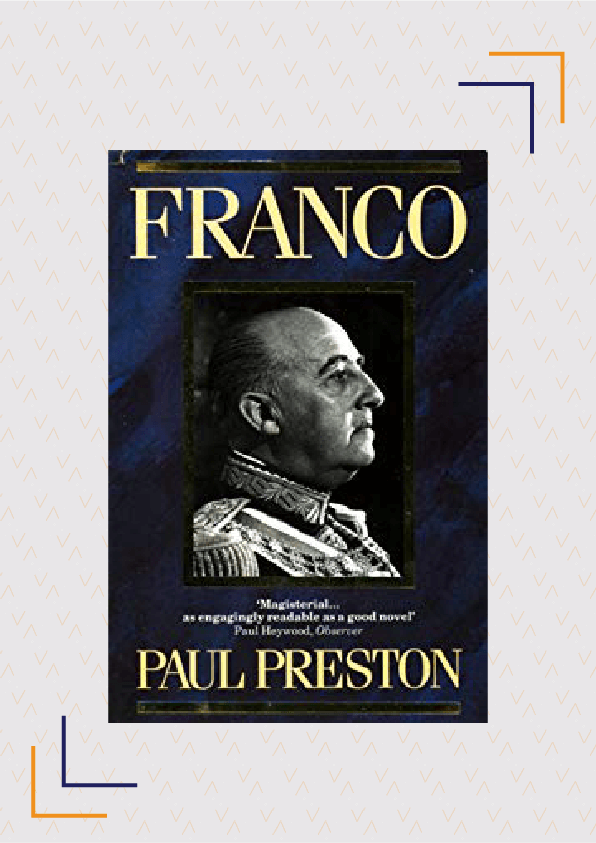 After winning the Spanish Civil War in 1939, Francisco Franco took control of the Spanish government, ruling for 36 years as a dictator. Not only did he ally himself with Hitler and the Nazis during World War II, but he also abolished three local languages spoken in Spain- Catalan, Basque and Galician- thereby wiping out local identities in favour of a national identity. He censured the media, only allowed Catholicism as a religion within Spain, and created a large and intimidating secret police to control and monitor the lives of Spanish citizens. To get an idea of life under the Franco regime, you can read Zafon’s stunning fictional work, The Shadow Of The Wind, but if you are more interested in picking up a biography then go for the expensive but worth it Franco: A Biography, a book for which The Independent says, “ There is not a single important question about Franco that Preston does not answer convincingly”. 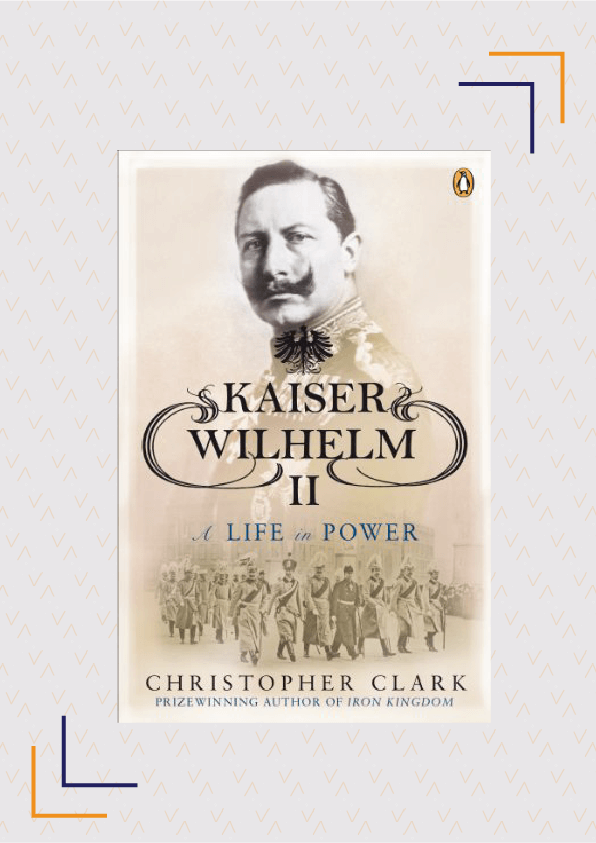 Kaiser Wilhelm II was the last German Emperor and Queen Victoria’s first grandchild but, most importantly, he was the dictator who led Germany into World War I with devastating results for the country. After becoming the Emperor in 1888, he dismissed a genuinely qualified statesman because he was afraid of his popularity and filled his cabinet with civil servants and flatterers, which resulted in him having a grander than reality impression of himself. His aggressive stance against England and choosing to station his naval ships near England were contributing factors to World War I. In fact, it was his pompous but foolish desire to establish himself as a great military leader that led to Germany’s involvement in World War I, much against the wishes of many senior German political advisors. Kaiser Wilhelm II: A Life In Power portrays this controversial dictator’s life accurately- from events in his youth that shaped his personality to his failed attempts at leading his country to victory in war. 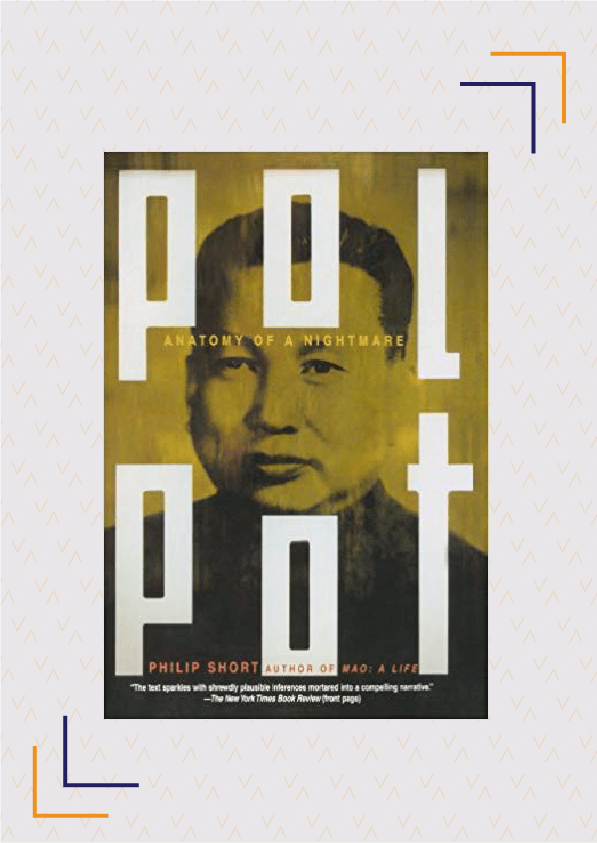 Pol Pot: Anatomy Of A Nightmare

Cambodia is a beautiful and historical country that is still reeling from the horrors of the Khmer Rouge government under the leadership of the dictator Pol Pot. One of the editors of this magazine has personally met with a Cambodian whose family had been slaughtered by the Khmer Rouge. One of them was killed for eating a worm because she was starving but it was not allowed. Pol Pot actively went after the educated class and tried to create a pure agrarian economy where all citizens were compulsorily farmers. Through his secret police, he wiped out approximately 25% of the Cambodian population in the notorious ‘killing fields’. In Pol Pot: Anatomy Of A Nightmare, Short accurately paints a picture of the despot leader through interviews with former Khmer Rouge leaders as well as Pot’s own brother-in-law. To get an even better understanding of Pot’s ideology you can pick up Pol Pot’s Little Red Book which contains sayings and slogans of the Khmer Rouge with historical and political context. 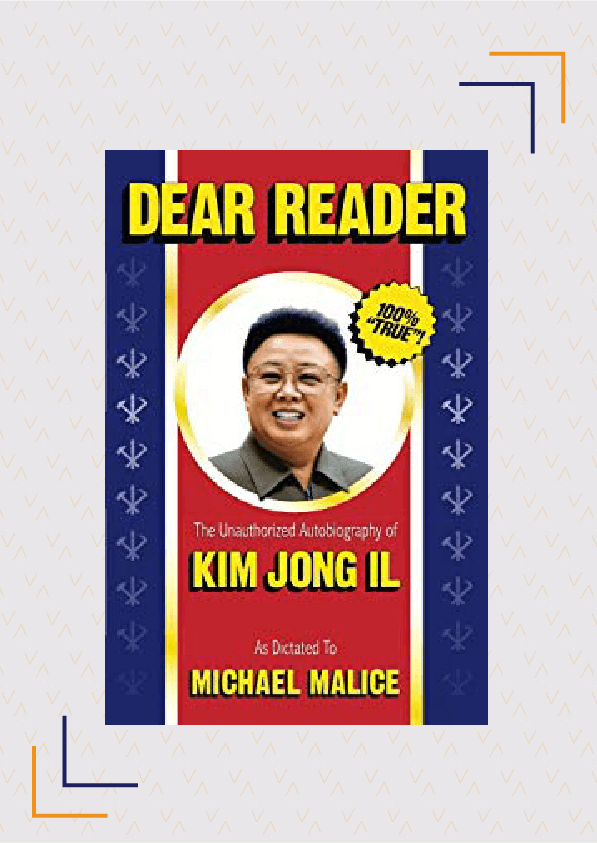 Kim Jong-il succeeded his father as Supreme Leader of North Korea and was the father of King Jong-un, the current Supreme Leader. The family has managed to keep North Korea isolated from most of the world, used literature as a way to further their own interests and agenda and under them, all North Koreans have led a life of absolute fear and servitude. Jong-il showed his true nature when during a wide-spread and devastating famine, he prioritised that the limited resources available go to the military and thereby forced citizens to survive on only one bowl of gruel per day. Given much of North Korea and its leaders are shrouded in mystery, learning about this enigmatic leader can be hard. Piecing together information from books pirated out of North Korea, ghost-writer Michael Malice has written Dear Reader: The Unauthorized Autobiography of Kim Jong Il which showcases all the bizarre ways Jong-il projected himself in the state-authorised propaganda books and leaflets- from his miraculous birth to how he could purportedly shrink time. If you want a more accurate description of life in North Korea under the Kim Jong leaderships, you can pick up a book from this list of 8 books by North Korean defectors. 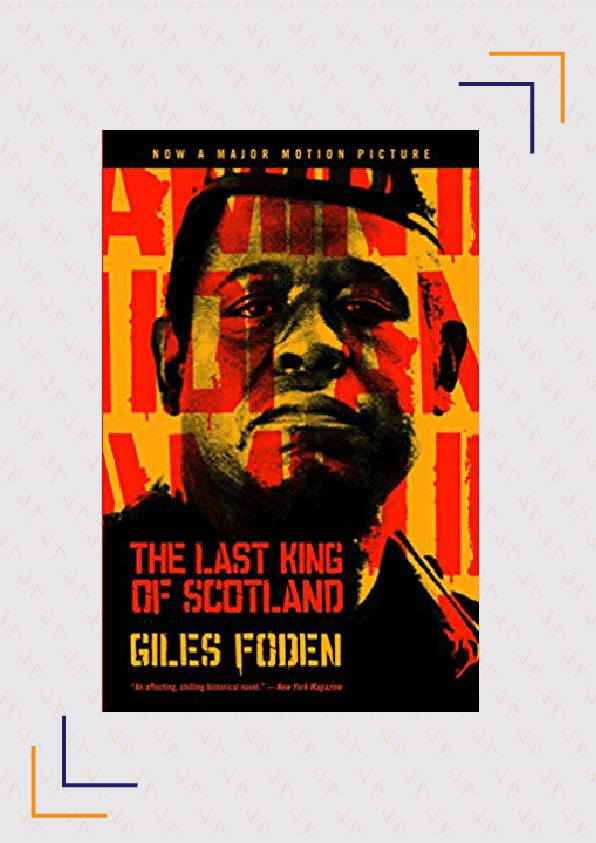 The Last Kind Of Scotland

While not a traditional biography, Like Idi Amin: Lion Of Africa, The Last King Of Scotland is written from the point of view of a fictional Scottish doctor who acted as Amin’s personal physician. Although accurate in its descriptions of Amin’s atrocities, by creating a story and narrative around it, the book is an entertaining, if disturbing, read. While Amin did cause the death of over 300,000 Ugandans, fed members of rival tribes to the crocodiles, and allegedly had a cheating wife’s body chopped up and sewn back together incorrectly, he was also comical in his desire to please the British and appear ‘high-class’. Foden brings out a previously unexplored side of Amin, by focusing on the dichotomy of his personality- his need for absolute power and his desire to appear benevolent. 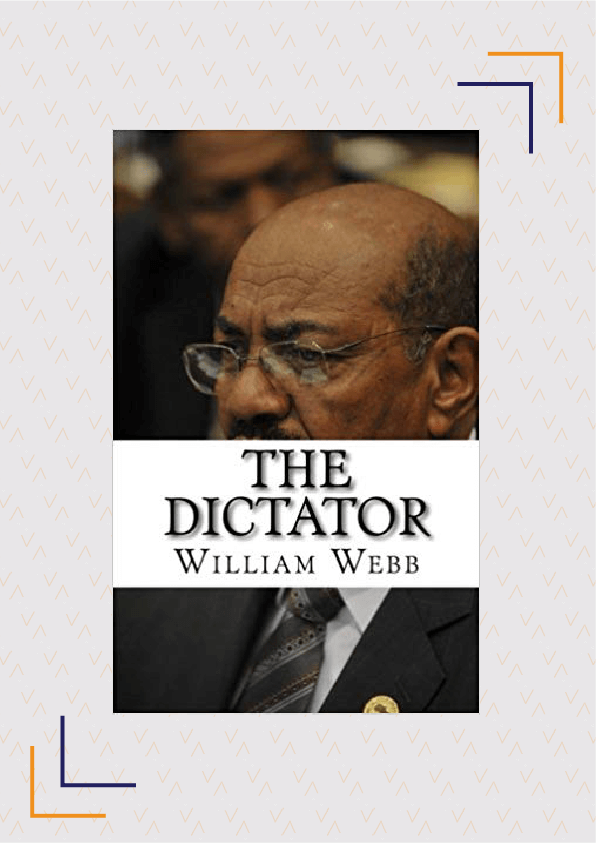 The seventh and current President of Sudan is, in no uncertain terms, a dictator. Omar Al-Bashir took control of the Sudanese government in 1989 through a military coup and since then, has won every ‘election’ the country has had. Accused of genocide (for which he has been indicted by the International Criminal Court), voter-fraud, wide-spread corruption, and harbouring international terrorists, Al-Bashir has made quite a name for himself. In William Webb’s The Dictator, you’ll get to learn all about Al-Bashir’s crimes, his desperate bid to stay in power, and how he has blatantly ignored and defied the ICC’s warrant for his arrest due to war crimes. 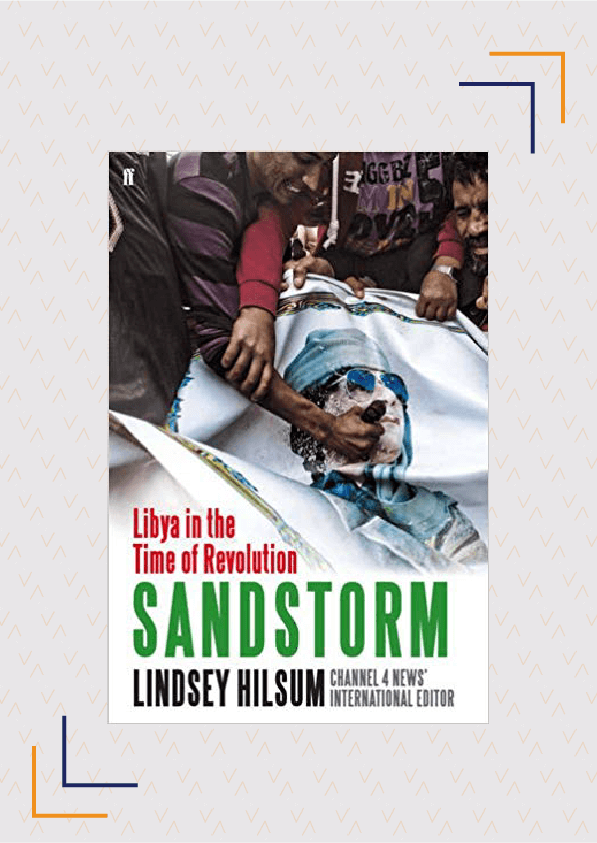 Muammar al-Gaddafi ruled Libya from 1962 until his assassination in 2011. A staunch Arab nationalist, he often went up against the West because of his radical Islamic beliefs, and even published his own ideology, which he called the Third International Theory, in the now famous The Green Book. He was accused of bombing aeroplanes, imprisoning or killing students and protestors, suppressing voices of dissent, and supporting terrorism across the world. Ironically, he was finally assassinated, not by Western forces, but by rebels from within his own country. Sandstorm is written by Lindsey Hilsum, who was on the ground in Libya when Gaddafi was assassinated. She covers not only his life and rise to power in great detail, but also accurately depicts what life was like under him for the local Libyans. 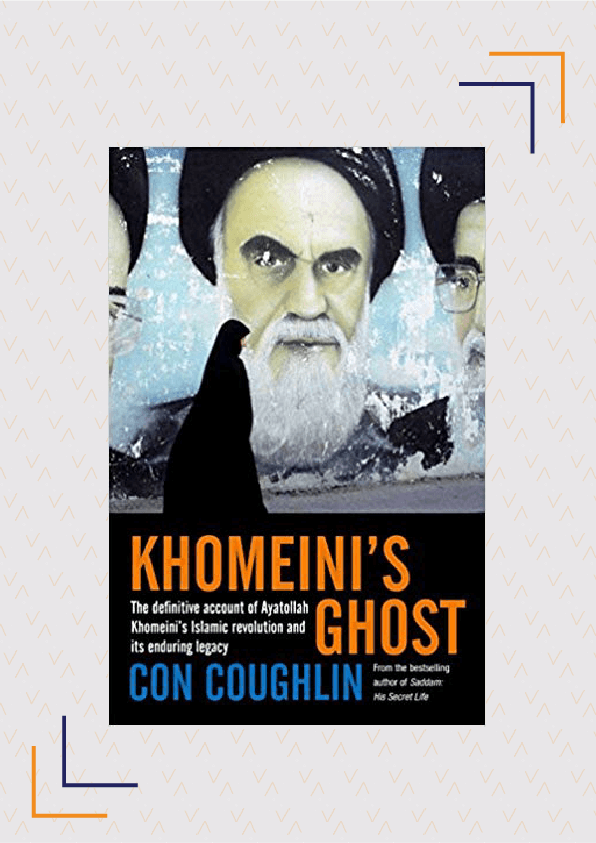 Born Ruhollah Khomeini, but more popularly known as Ayatollah Khomeini, the first Supreme Leader of Iran is a polarising figure. Generally despised by the West, many Islamic leaders consider him a hero, as he has often been credited with ushering in the wave of Islamic radicalism by establishing Iran as the world’s first Islamic nation, prohibiting Western music and alcohol, forcing Iranian women to wear a veil, and enforcing dated Islamic laws. He also supported the seizure of the American Embassy which led to a world-famous hostage situation which lasted 444 days. In the literary world, he is famous for issuing a fatwah against writer Salman Rushdie for his work, The Satanic Verses. Khomeini’s Ghost is a chilling and disturbing biography of this leader who can be credited with creating what is now one of the biggest threats to world peace- radical Islamic terrorism. 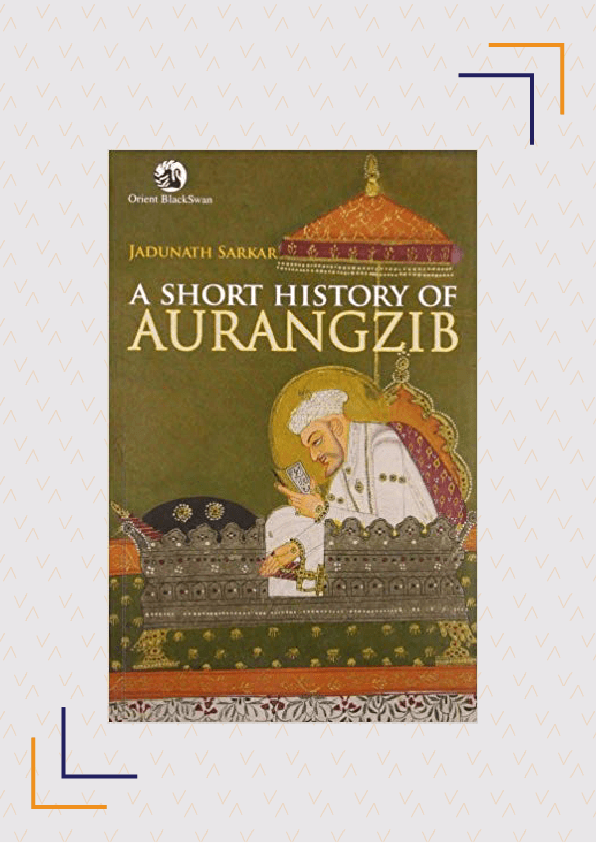 A Short History Of Aurangzeb

Aurangzeb is a generally reviled and hated figure in India’s history. He was the last famous Mughal king and considered to have been an extremely inhuman and cruel king. While the economy appears to have flourished under him, he actively went after the very large Hindu population of India due to his Islamic beliefs. He seized power by killing his own brothers and imprisoning his father. He imposed jizya– a tax which all non-Muslims had to pay, he demolished Hindu temples and his reign saw many revolts from people of different faiths. While his predecessors successfully managed to rule both the Hindus and Muslims in harmony, he set the country on a path which led to the ultimate downfall of the Mughal Empire. Jadunath Sarkar initially wrote a five-volume detailed history and biography of Aurangzeb, and while it makes for fascinating reading, it can be time-consuming. He released A Short History Of Aurangzib, which consists of highlights from all five volumes, but at the same time doesn’t sacrifice on telling the story of the main elements of Aurangzeb’s life or reign. 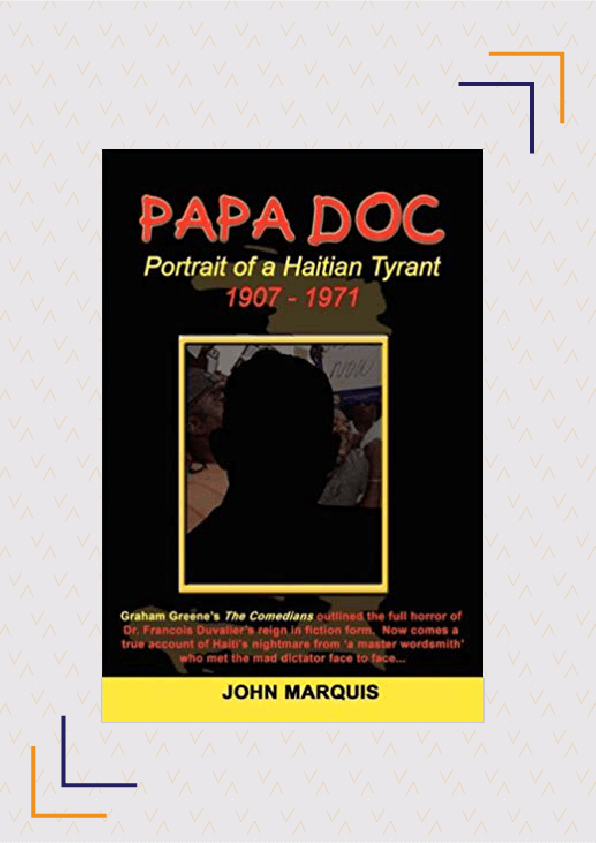 Francois Duvalier was the President of Haiti from 1957 to 1971,  but the world knows him as the deadly ‘Papa Doc’, who ruled and ravaged Haiti, only to be succeeded by his son, ‘Baby Doc’, who may not have been as dangerous, but was equally deranged. Although initially elected through a proper election, after defeating a military coup he became a dictator of the worst kind- suppressing any sort of freedom or dissent. In 1964, he finally declared himself President For Life, abolishing any kind of election. He created the Tonton Macoute- a secret military police- which ruthlessly went after and killed anyone Papa Doc thought dangerous to him or his rule. Believing in voodoo and ancient magic, he once thought one of his enemies had become a black dog and had all the black dogs of Haiti killed. Through his reign, he also had over 30,000 Haitians killed. In Papa Doc: Portrait Of A Haitian Tyrant, you can read all about this absolutely crazy, paranoid, and tyrannical leader who led what could have been a prosperous and happy country to complete devastation and poverty.