September is promising to be a great month for bibliophiles- one which is likely to cause havoc on your wallet. Each of the anticipated books on this list is not only a must-read but also diverse in its subject matter. From crime fiction by J.K. Rowling to Tolkien’s posthumous release, from a book which exposes the truth behind reality television to one which addresses racism in Australia, you will be hard-pressed to choose just one of these anticipated books. 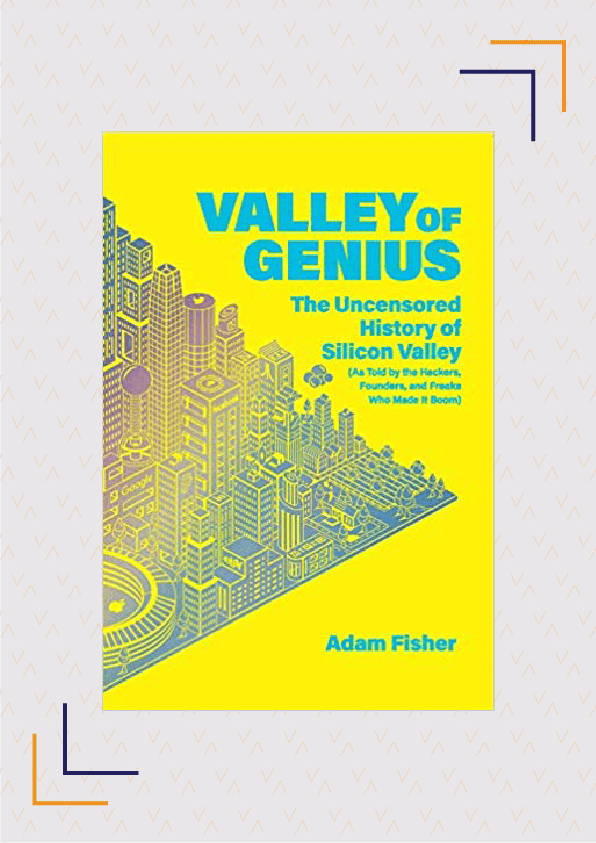 Silicon Valley is probably one of the most fascinating places on the planet- home to billion-dollar companies and global innovation. In Valley Of Genius, Fisher reveals its secrets- from the origins of Apple and Atari to the present-day rivalry between Google and Facebook, as well as the various disruptions caused along the way. He conducted over 200 in-depth interviews to give us a rich oral history of a place which has captured our imaginations. The book is written as individual quotations, grouped and stacked around the story of different Silicon Valley ventures, with barely any narrative. However, the way he’s chosen and stacked them creates a narrative of its own, giving us a glimpse into Silicon Valley’s history in the words of the people who made it and/or were there. 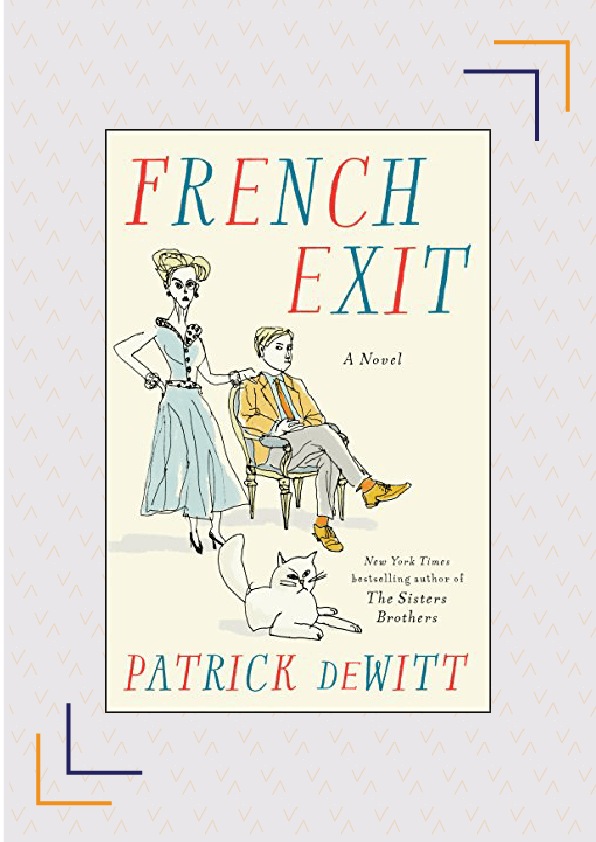 Frances Price and her son became social pariahs after the gruesome tabloid death of her husband. 20 years later, they are largely broke and remain infamous. In a bid to escape scandal and poverty, mother-and-son flee to Paris, which later serves as the backdrop for their comic descent into self-destruction and economic ruin. With a delightful cast of supporting characters including a doctor who makes house calls with his wine merchant and an aimless psychic, French Exit is a darkly comic novel full of pathos. 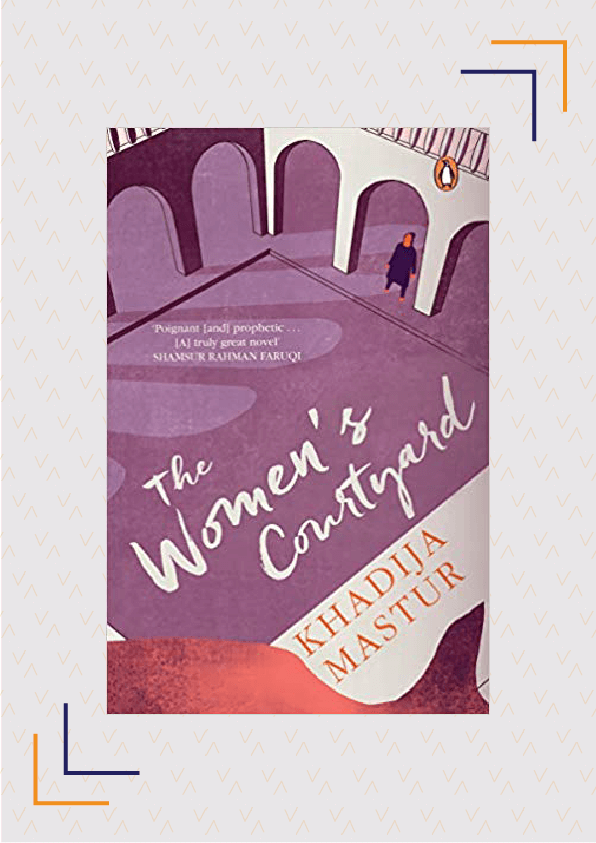 Set in the 1940s, The Woman’s Courtyard is the story of Aliya who is confined to living in the inner courtyard of her home along with her older sister and irritable mother, while the men in her family become involved in the political movements of the time. Aliya dreams of educating herself and of going out into the world to achieve her goals. First published in Urdu in 1962 as Aangan, this book paints a poignant picture of the claustrophobic existence of women. 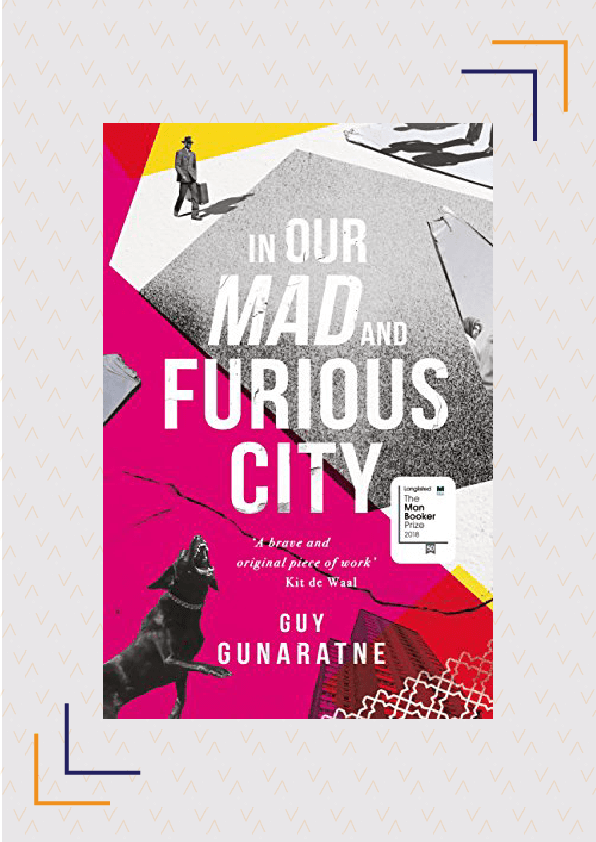 In Our Mad And Furious City

Longlisted for the 2018 Man Booker Prize, Gunaratne’s debut novel is the tale of three young man- Selvon, Ardan and Yusuf. After the murder of an off-duty soldier by a black Muslim man, London is caught in the fury of racial anger as riots spread across the city. However, even as these events unfold, Selvon and Ardan are seemingly unconcerned and remain focused on football and girls. Yusuf, on the other hand, finds himself caught in the wave of radicalism which threatens to take over the mosque after the death of his father, the Imam.  In Our Mad And Furious City might make you uneasy but the friendships portrayed are heart-warming and precious. 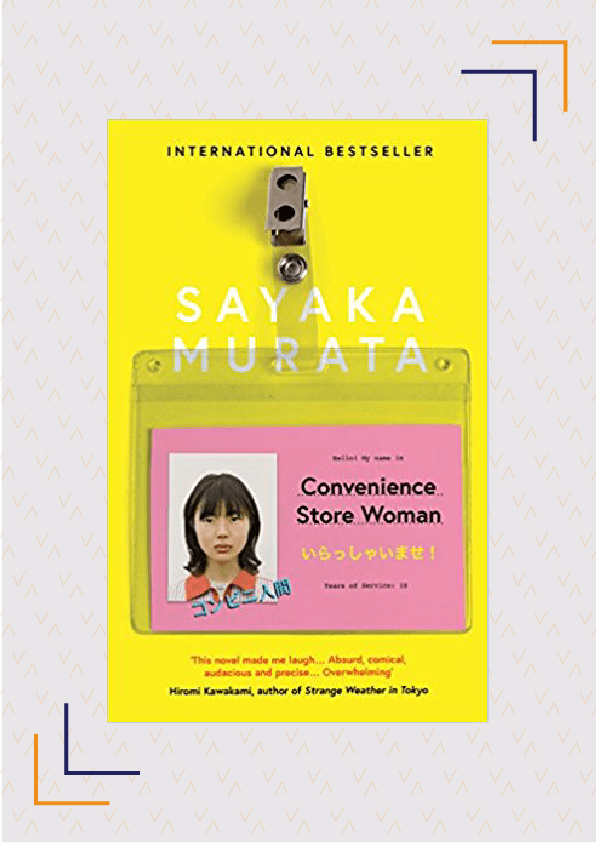 Based on her experience working at a convenience store, Murata’s novel was a bestseller in Japan and won the prestigious Akutagawa Prize. Keiko’s family worries that she will never be normal and are relieved when she takes on a job at a convenience store. The routine and simplicity of her work make her happy, and she realises that she is happiest as a convenience store worker. 18 years later, she still holds the same job, has never had a boyfriend and maintains only a few friendships. When a cynical and bitter young man comes to work in the store, everything changes for Keiko. Murata’s book is deeply insightful- highlighting the pressure to conform to society’s expectations while giving us a wonderful look into the female mind. 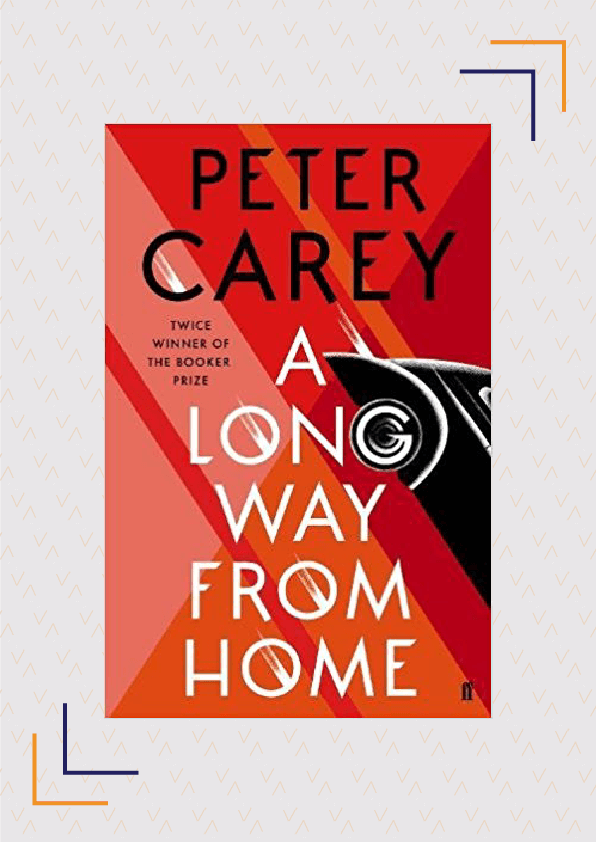 A Long Way From Home

Irene Bobs is a spunky woman who loves speed and is married to Titch, a car salesman. She becomes friends with the newly arrived Willie Bachhuber who is later roped in as the navigator for Redex Trial, a motorsport rally which Irene and Titch embark upon. The 10,000-mile race will not only take them down roads unfit for cars but also away from the white Australia they are familiar with. Set in 1954 and told through alternating first-person narratives, Carey’s 14th novel, A Long Way From Home, is an attempt to address Australia’s history of racism, making it one of the most anticipated books of September. 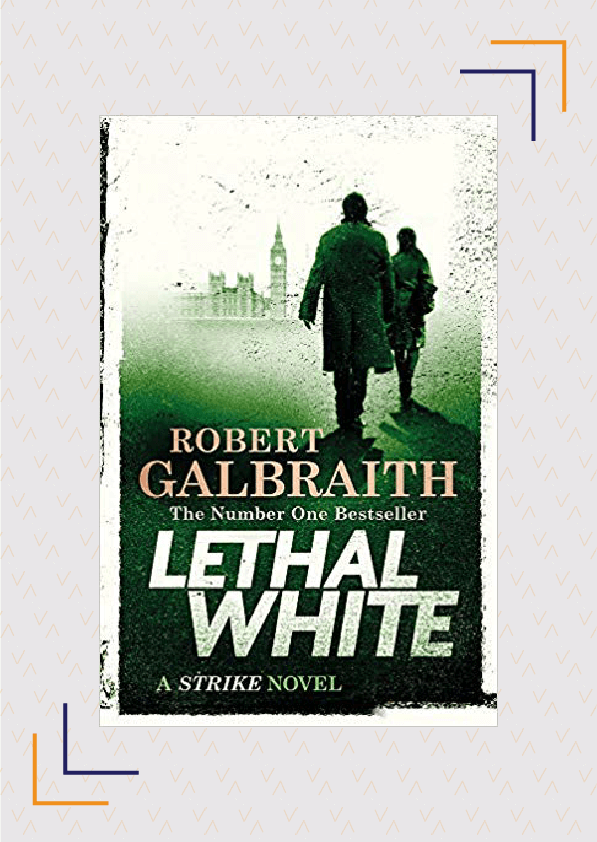 J.K. Rowling, writing under the pseudonym Robert Galbraith, is all set to release the fourth instalment in her crime fiction series featuring intrepid private eye, Cormoran Strike, and his assistant-turned-partner, Robin Ellacott. When a troubled young man, Billy, comes to Strike’s office asking them to investigate a crime he thinks he witnessed as a child, Strike is disturbed by Billy’s tale. As Ellacott and Strike set out to investigate Billy’s story, they find themselves caught in a mystery of epic proportions which takes them from the backstreets of London to a secret inner sanctum within the Parliament and a creepy manor in the countryside. If you’ve read the previous three instalments in the series, or even if you haven’t, you should definitely get your hands on Lethal White, one of September’s most anticipated books. 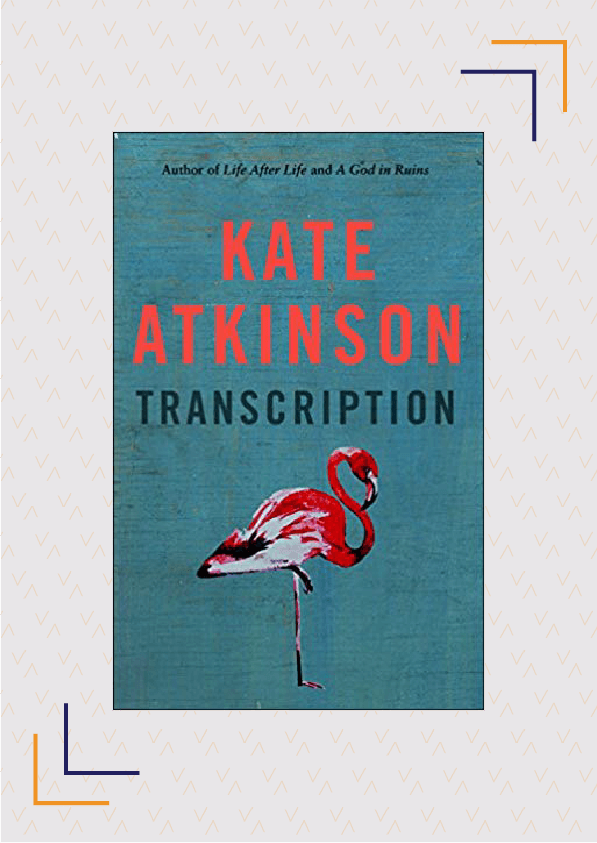 The latest novel by bestselling English author, Kate Atkinson, is a work of rare depth and texture. Transcription follows Juliet Armstrong who was recruited into the world of espionage at 18. During World War II, she is assigned to an obscure department of MI5 to transcribe meetings of British citizens sympathetic to the Nazi cause. However, once the war is over, she believes this part of her life is over. 10 years later, she is a radio producer at BBC, but when her past comes back to haunt her, she finds herself under threat once again. She must now come to terms with her actions and realise that they have consequences. Full of surprises, this intriguing novel is one of September’s most anticipated books. 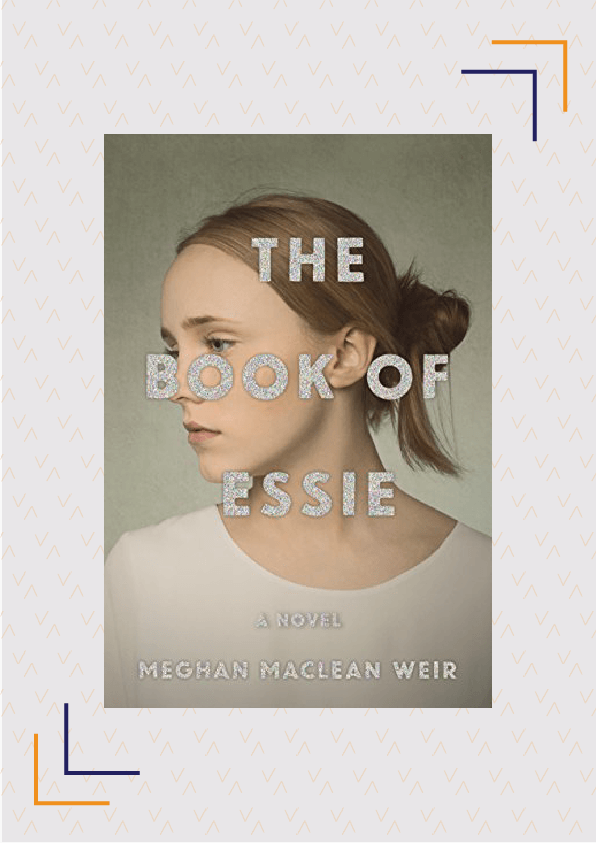 The Book Of Essie

Weir’s debut novel is a fascinating read which will take you behind-the-scenes of a fictional reality-television empire and help you understand why society is fascinated with fame, celebrity and media. The titular Essie is the youngest child on Six For Hicks, a reality television show featuring her family. She has spent her entire life in the spotlight, simultaneously idolised and despised for her family’s ultra-conservative views and their approach to religion. However, when her mother discovers that she is pregnant, their entire world falls apart. Essie begins to question her family’s hypocrisy and must now decide what she should do next. This timely novel will make you question your assumptions about celebrities and fame, and your role in creating them. 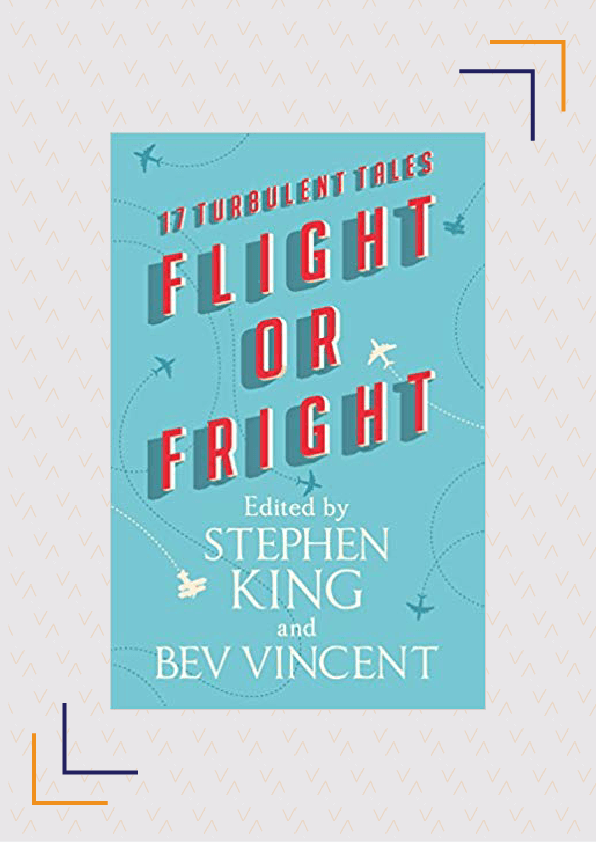 Stephen King hates to fly and now wants to share his fear with you through this collection of 17 stories curated by him and Bev Vincent. Each of these stories is about all the things that can go wrong while flying. With stories by Ray Bradbury, Roald Dahl, Sir Arthur Conan Doyle, Dan Simmons and many others, this new collection of plane-horror stories is perfect (or not) for airport reading 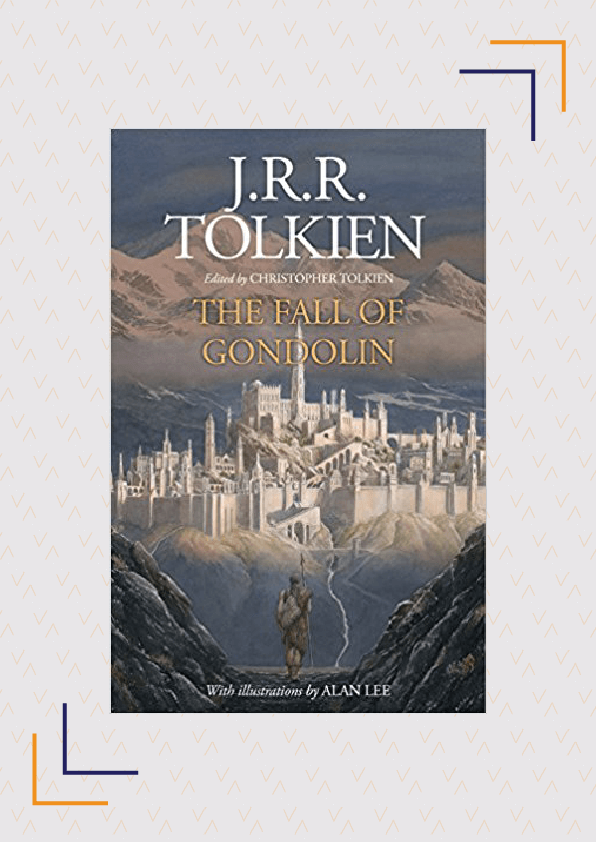 The Fall Of Gondolin

J.R.R. Tolkien considered The Fall Of Gondolin to be “the first real story” of his imaginary world. He originally began writing it in 1917 in an army barracks on the back of a military marching music sheet. A partial version of this story was published in Unfinished Tales as Of Tuor And His Coming To Gondolin but it did not depict the actual fall. One of September’s most anticipated books, The Fall Of Gondolin features the beautiful but undiscoverable city of Gondolin, built and peopled by Noldorin Elves. It tells of the founding of the city and the events which led to its fall, after the arrival of Turin’s cousin, Tuor.

Disclaimer: Some of these books were previously available on Kindle or as international editions which were available for import. This list features Indian editions of these books, which tend to be more affordable. The information featured here is accurate as of August 28, 2018.