The most anticipated books releasing in March will give you food for thought. From an exposé on Facebook to a terrifying book on the consequences of environmental degradation, from a book explaining why women need to be brave to one on building one’s confidence to achieve goals, and from a doctor’s memoir recounting his experience volunteering in some of the most dangerous places in the world to a book by a former U.S. Attorney on the American legal system- the books releasing in March will take you out of your comfort zone. Other notable releases include Toni Morrison’s non-fiction collection and Oprah Winfrey’s latest book on finding your calling. 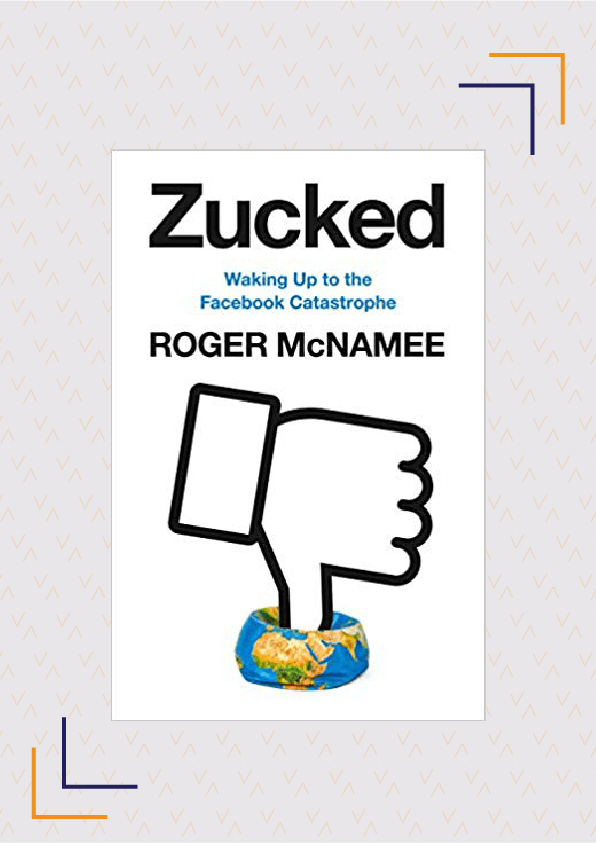 Roger McNamee was an early investor in Facebook and a mentor to Mark Zuckerberg. However, he has spent the past three years investigating the damage Facebook is doing and, in Zucked, he discusses the scandals Facebook is involved in, including the controversial role it played in the 2016 U.S. Presidential election, how it is being manipulated, and the privacy concerns surrounding it. As much as Zucked is about Facebook, it is also a commentary on Silicon Valley itself. McNamee suggests stricter regulation of powerful Internet companies and that Silicon Valley giants should shift from analytics to “human-driven technology”. This exposé on Facebook might just give you the impetus you need to finally quit the social media platform.

Releasing on March 05. Buy it here. 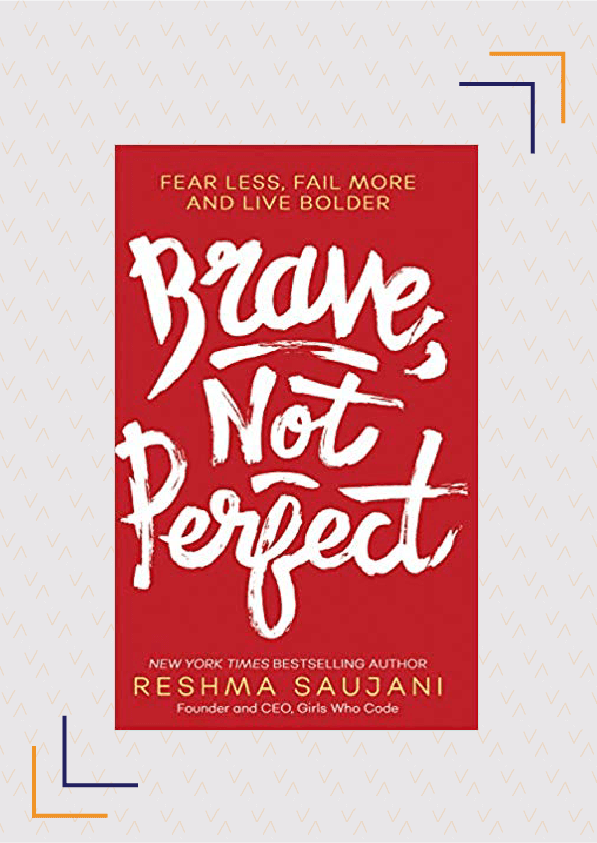 From multiple-award-winning founder and CEO of Girls Who Code, comes a powerful book on the importance of teaching girls why they need to be brave instead of perfect. Saujani believes that women are raised to be polite, quiet and to play it safe. As a result, they avoid stepping out of their comfort zone and become afraid of failure. However, if they choose to be brave, they can finally go after what makes them happy. In this book, Saujani shares insights and tips to help girls embrace bravery and, in the process, become the best version of themselves.

Releasing on March 10. Buy it here. 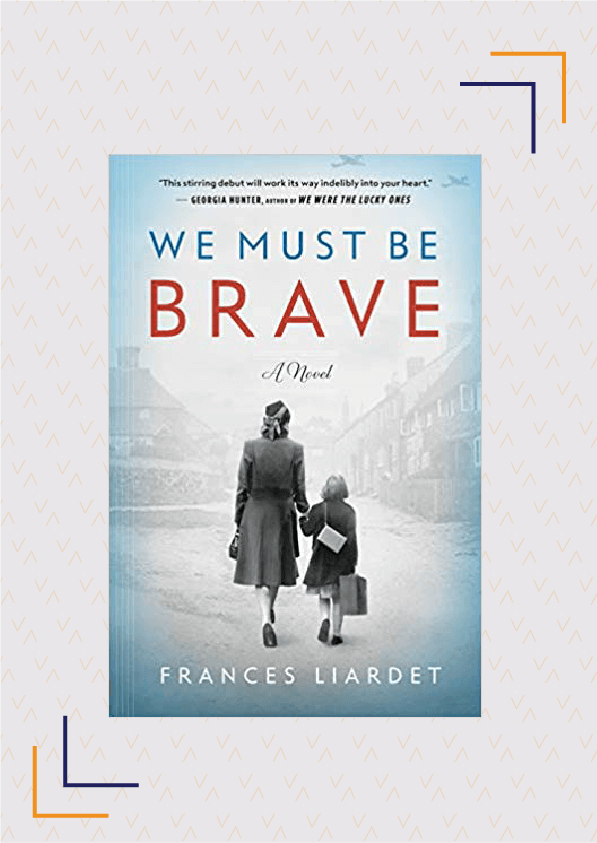 We Must Be Brave

Set during World War II, We Must Be Brave is the story of Ellen Parr, a childless woman. In December 1940, during the evacuation of Southampton, Parr finds a little girl, Pamela, asleep in an empty bus. For the next three years, she takes care of Pamela as her own child, until Pamela’s relative finds her and takes her away. Ellen must now fill the hole left by Pamela’s departure and pick up the pieces of her life. We Must Be Brave is a novel about courage, kindness and a parent’s love for their children.

Releasing on March 10. Buy it here. 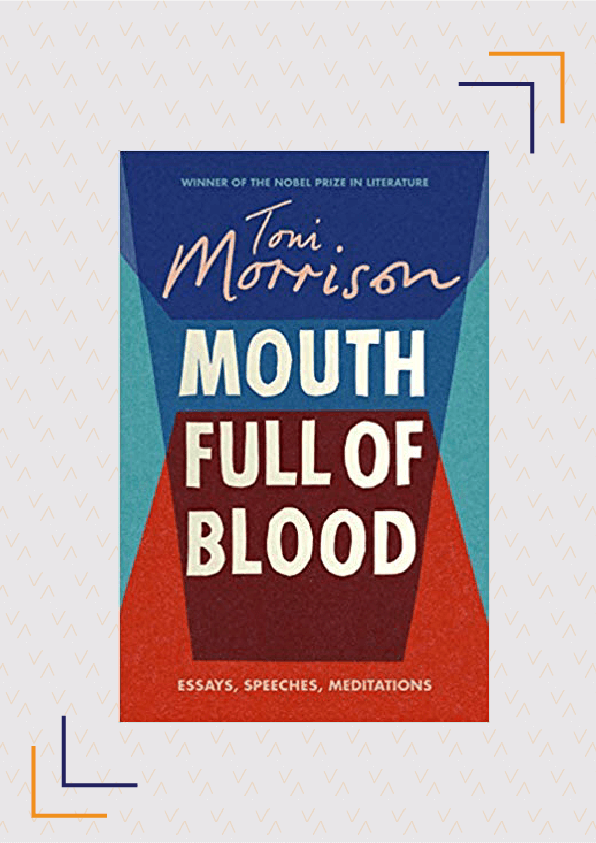 From Nobel Prize-winning Toni Morrison comes this powerful collection of non-fiction featuring essays, speeches and meditations, collated over a period of four decades. Structured in three parts, the writings in this collection deal with topics like race, gender, globalisation and politics. You will get to read some of Morrison’s most interesting lectures- from the one she gave when she won the Nobel to those given to graduating students and at Amnesty International, amongst others. She writes about the revisions she made to the last sentence of Beloved and reassesses the first pages of Sula. Mouth Full Of Blood is a testament to the power of words and how they should be used- carefully and precisely. 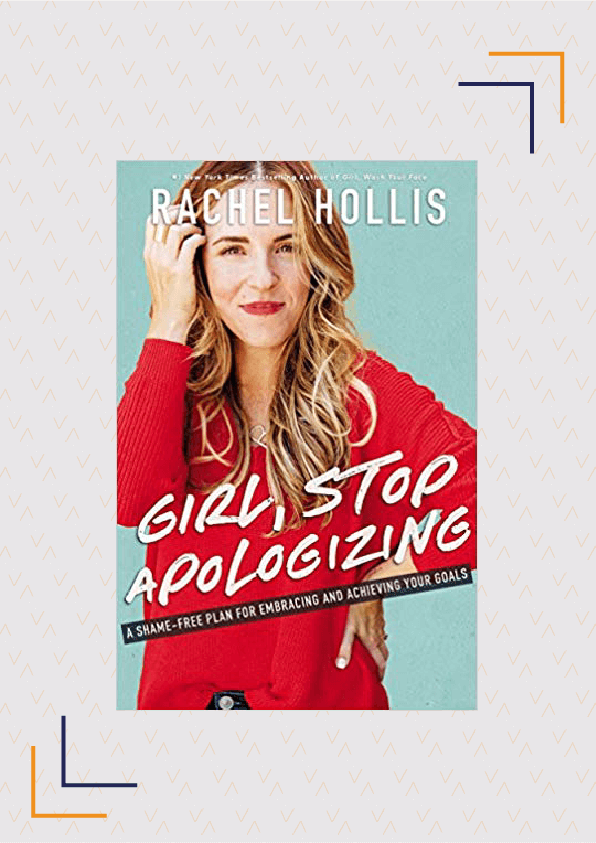 Girl, Stop Apologizing: A Shame-Free Plan For Embracing And Achieving Your Goals

Founder of The Chic Site and author of Girl, Wash Your Face, Rachel Hollis’ latest book is a manifesto for women to stop apologising for what they want and instead to go after them, confidently and passionately. She urges women to stop defining themselves as how others see them and to chart their own destiny. She lays out an actionable plan which comprises of three stages- stop making excuses, adopt new practices and acquire the skills you need to grow as a person. Hollis’ book is deeply relatable as she shares her own personal struggles and teaches women how to gain confidence to pursue their ambitions. 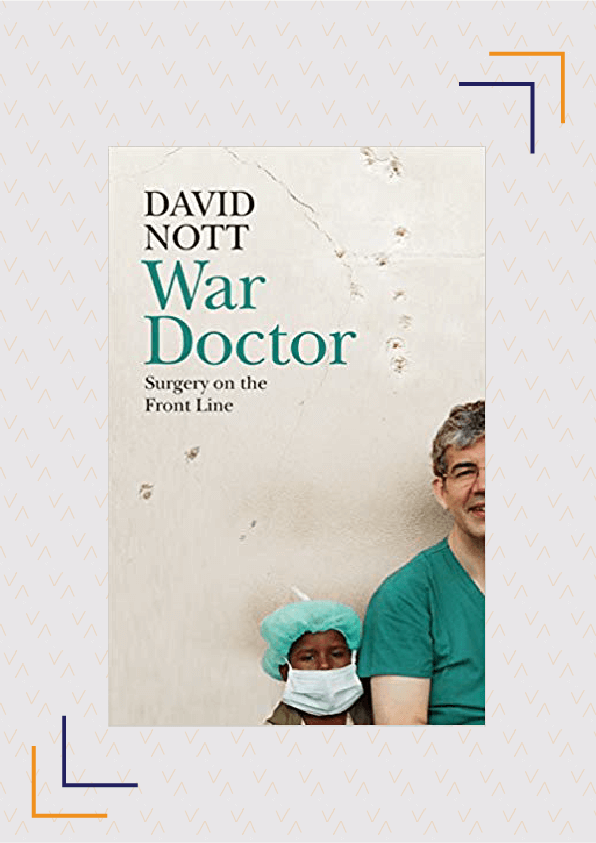 War Doctor is the extraordinary story of David Nott, a general and vascular surgeon who has spent the past 25 years volunteering in dangerous places across the world- Sarajevo, Aleppo, Afghanistan, Congo, Sierra Leone, Gaza, Iraq, and so on. Driven by a desire to help others as well as the thrill of personal danger, Nott has performed life-saving surgeries in difficult conditions and is now regarded as one of the most experienced trauma surgeons in the world. This is the inspiring story of a doctor who risked his own life to save the lives of others. 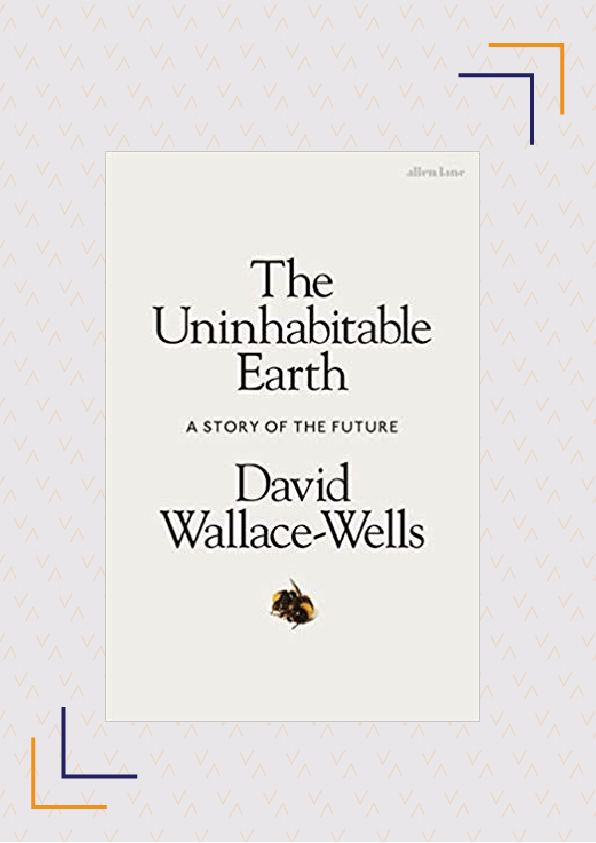 Based on his popular New York Magazine article, The Uninhabitable Earth is a scary portrayal of what our future might look like in the wake of climate change. The 230-page book will take you through all the possible worst-case scenarios that could take place if we don’t stop ravaging the natural world. He predicts the possibility of an economic collapse and the return of pre-historic diseases, amongst others, and that all of this might happen within the lifetime of a present-day teenager. Wallace-Wells’ book is a chilling reminder that we need to start taking action now if we don’t want to live in an apocalyptic world. 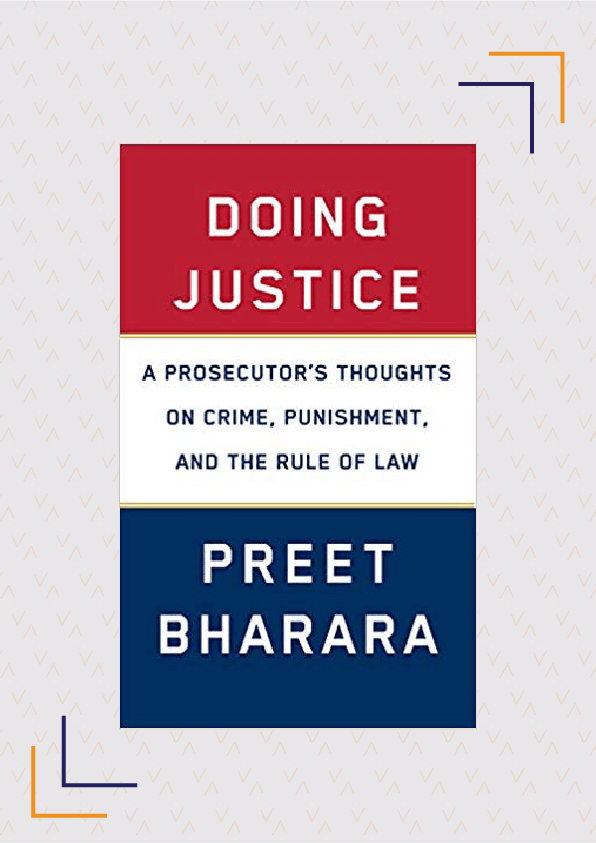 Doing Justice: A Prosecutor’s Thoughts On Crime, Punishment And The Rule of Law

Bharara has had a long and illustrious career. He’s prosecuted many high profile crimes, brought hedge funds to their knees, conducted revealing investigations and secured convictions against government officials like the Speaker of the New York State Assembly and the Majority Leader of the State Senate. He has also taken on terrorism and civil rights cases. In 2017, he was fired because he refused to resign from his post of a U.S. Attorney. In Doing Justice, Bharara gives us a peek into his legal career by recounting many of the cases he worked on and, at the same time, gives us an overview of how the American justice system works. Divided into four sections- Inquiry, Accusation, Judgment and Punishment- the book explains why each of these steps is critical to not just the legal system but also to our daily lives. The book’s most compelling point is its reminder that while the law is an excellent tool, it is up to us whether we use it to create or corrupt justice.

Releasing on March 19. Buy it here. 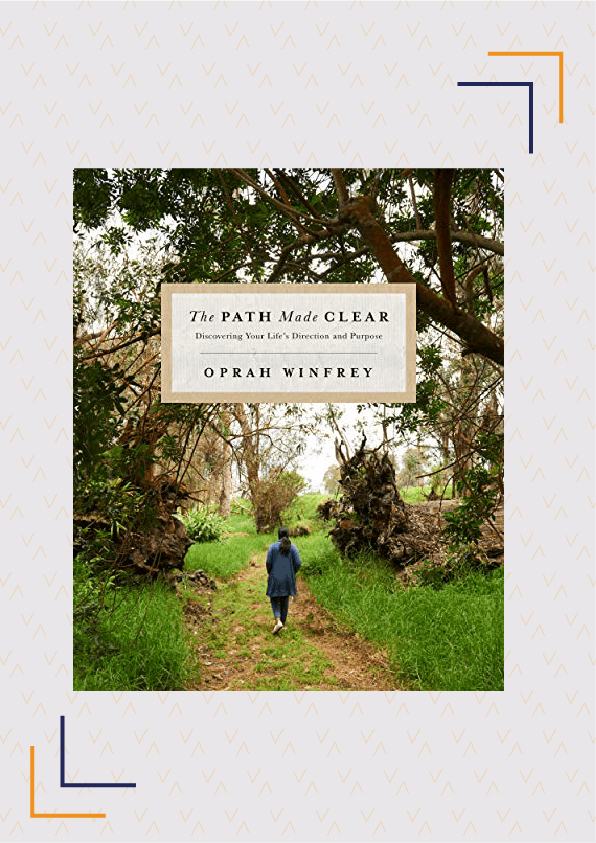 The Path Made Clear: Discovering Your Life’s Direction And Purpose

Winfrey believes that everyone has a purpose and that we need to figure it out as soon as possible. In The Path Made Clear, she shares her insights on how to discover your purpose. Each of the 10 chapters begins with key lessons from Winfrey and personal stories from her own life. She then expands on them by adding wisdom gleaned from leaders across various fields. The Path Made Clear is the ultimate guide to living the life you want to.

Releasing on March 26. Buy it here.

Disclaimer: Some of these books were previously available on Kindle or as international editions which were available for import. This list features Indian editions of these books, which tend to be more affordable. The information featured here is accurate as of February 22, 2019.