We’re almost half-way through 2019 and our TBR list just keeps getting longer. Elif Shafak’s latest book will bring Istanbul alive for you, and Kate Atkinson’s much-awaited instalment in the Jackson Brodie series will keep you at the edge of your seat. You’ll find a true crime book featuring Arthur Conan Doyle, a retelling of Frankenstein, and the sequel to Michael Wolff’s Fire And Fury.  We’re particularly excited about two debut novels, one from Bangladesh and the other from Afghanistan. There are some fabulous books releasing in June, so you may want to start saving up now, as you are going to find yourself spoilt for choice. 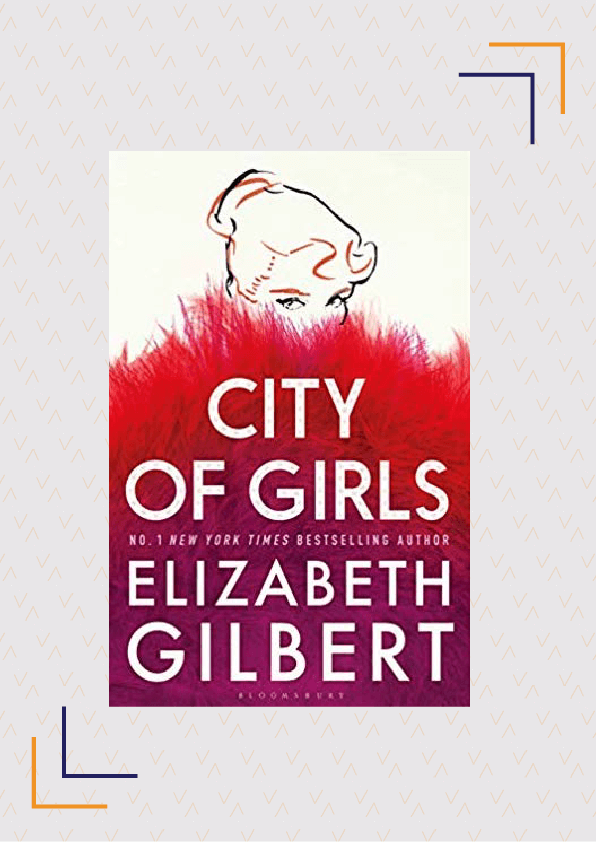 Set in the 1940s, City Of Girls follows 19-year old Vivian Morris as she settles into New York after being expelled from college. She gets a job as a seamstress at her aunt’s revue theatre and sets about making beautiful dresses while living it up with her girlfriends and exploring her sexuality. However, when an English actress comes to act in a show at the theatre, Morris’ life changes forever and she finds herself involved in a sex scandal. Written as a reply to a letter received by an 89-year-old Morris, City Of Girls is the story of a woman who embraces her desires in order to truly live her life. 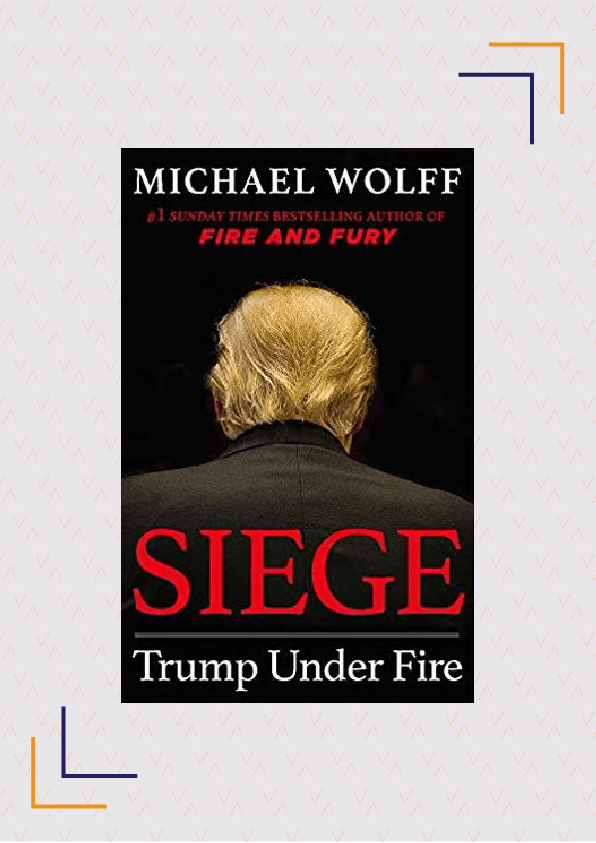 In this sequel to the record-breaking bestseller, Fire And Fury, Wolff takes us on a behind-the-scenes journey through Trump’s presidency. Beginning with Trump’s second year as president, the book also looks at Robert Mueller’s investigation into the ‘alleged ties between Russian officials and the Trump presidential campaign’. Reportedly, Wolff interviewed over 150 sources, including former senior officials, while writing this book. 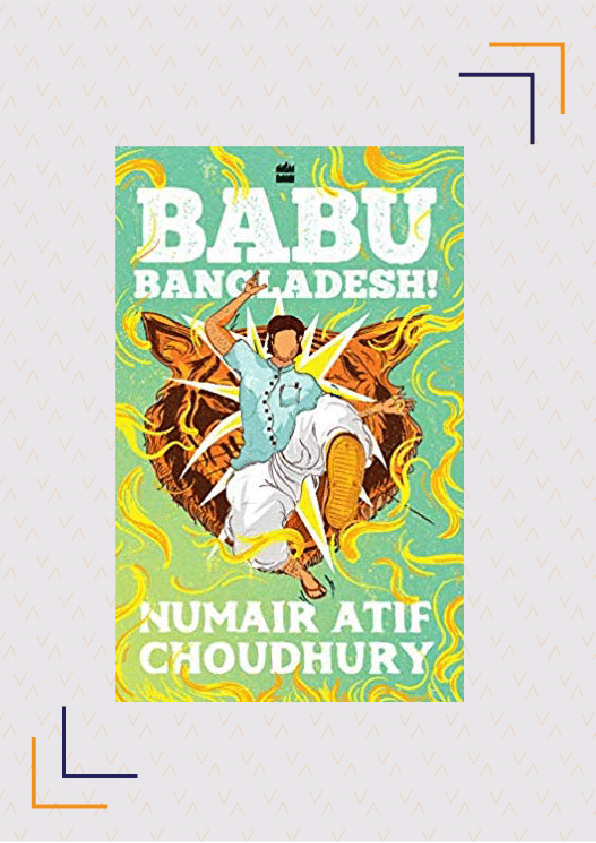 In 2028 Bangladesh, a biographer is trying to document the life of Babu Bangladesh, a controversial political figure. However, in the process, he begins to uncover the story of a country. Who was Babu? Was he an incorruptible politician who fought on behalf of the marginalised? Or was he a con man who disappeared after a financial scandal? Perhaps, he was a historian, or maybe, he was just another politician cursed by those he betrayed? 15 years in the making, Babu Bangladesh! blurs the ‘boundaries between myth, history and truth’ and alternates between fiction and reality. 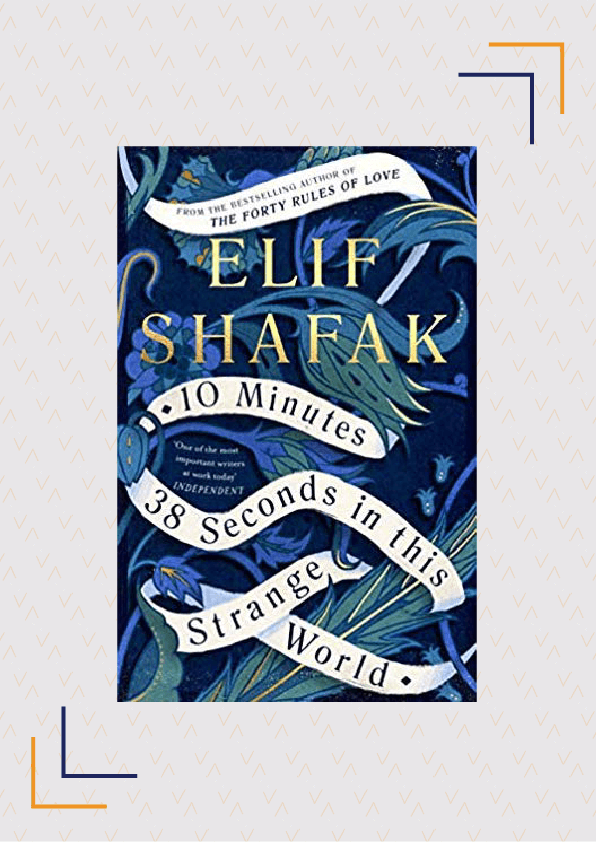 10 Minutes 38 Seconds In This Strange World

According to Shafak, scientists have discovered that the human mind continues to work even after death, sometimes for as long as 10 minutes 38 seconds, and this is the premise for her latest novel. 10 Minutes 38 Seconds In This Strange World is the story of Tequila Leila, a prostitute in Istanbul, who has been buried in the cemetery reserved for “the undesirables”. In the minutes following her death, she recalls her life, from growing up in a quiet Turkish town to running away to Istanbul to escape an arranged marriage and falling in love. She also remembers the five close friends she made along the way- friends who were outcasts like her and are now searching for her. 10 Minutes 38 Seconds is an extraordinary book about friendship, loyalty and Istanbul. 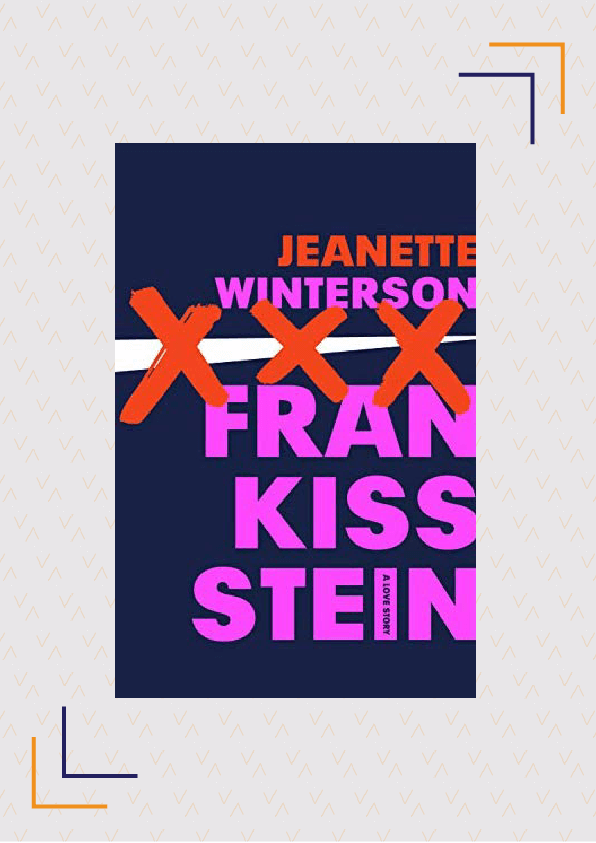 In this retelling of Frankenstein, Winterson takes on artificial intelligence and gender fluidity. In Brexit Britain, Dr. Ry Shelley, a transgender doctor, finds themselves falling in love with Victor Stein, a tech visionary, who is trying to figure out how to download the human brain into other life forms. Then there is Ron Lord, Stein’s business partner, who is creating sex dolls that never say no and will do everything men tell them to do. The novel also explores a parallel plot, set in the 19th century, which recounts the story of Mary Shelley writing Frankenstein. Weaving in the past and the future, Frankissstein is particularly relevant as it raises questions about humanity and our future. 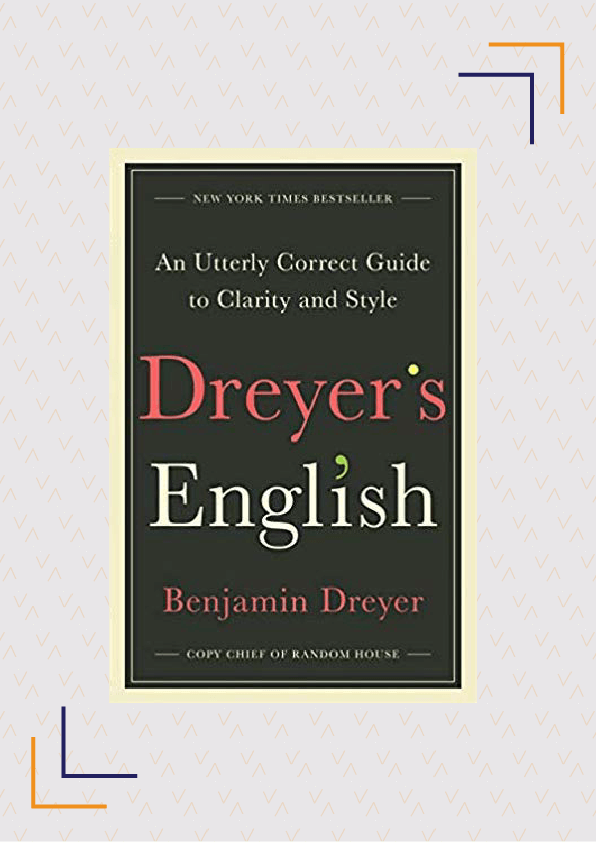 Dreyer’s English: An Utterly Correct Guide To Clarity And Style

From Benjamin Dreyer, Random House’s copy chief, comes a witty and playful book on how to write better. In Dreyer’s English, he distils everything he has learned from editing thousands of books. He writes about punctuation; the rules of grammar and why it is good to break them sometimes; why you should avoid using “actually”, and much more. This book is full of advice and fun facts and is bound to be invaluable to anyone who wants to write well, irrespective of what they are writing. 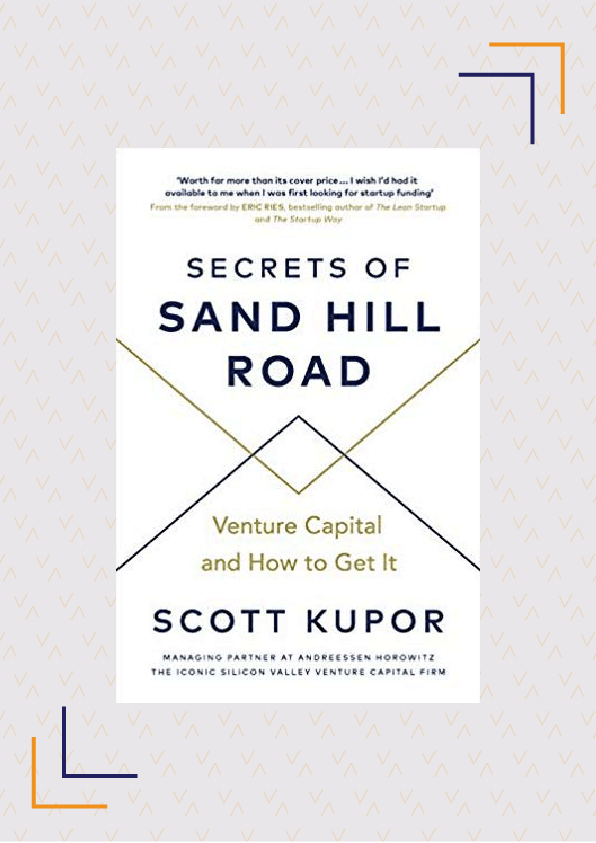 From the managing partner of Andreessen Horowitz comes the bible on understanding how venture capitalists think. This book decodes exactly how VCs decide where they want to invest and how much to invest; how entrepreneurs can get the best possible deal; and how to leverage relationships with VCs. You’ll learn why storytelling is important, how to handle VCs who get too involved in the day-to-day of your business, and why bridge financing is usually a bad idea. Packed with insider secrets and practical advice, Secrets Of Sand Hill Road is relevant for anyone who is trying to start a new business or scale an existing one. 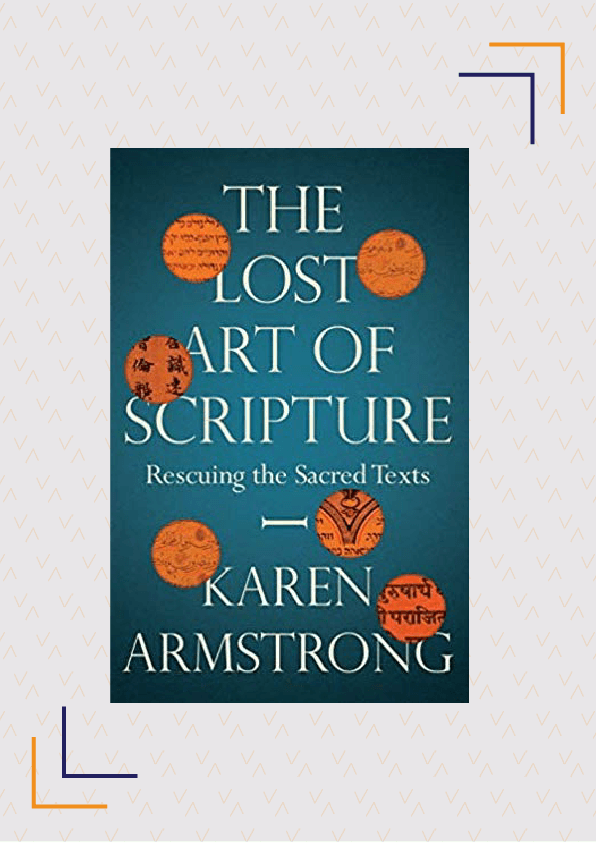 The Lost Art Of Scripture

It is no secret that religious texts are being used as an excuse to justify terrorism, condemn homosexuality, rally against contraception, etc. In The Lost Art Of Scripture, Karen Armstrong shows how holy texts have been narrowly interpreted and that this is a fairly recent phenomenon. Tracing millennia of history, Armstrong shows that scripture was meant to be used as a way for human beings to connect with the divine and that they are to be seen as ‘fluid and adaptable’ as opposed to ‘binding archaic rules’. This timely book will help you understand that holy texts still have a lot to teach us, and can actually be used to solve the problems plaguing religion. 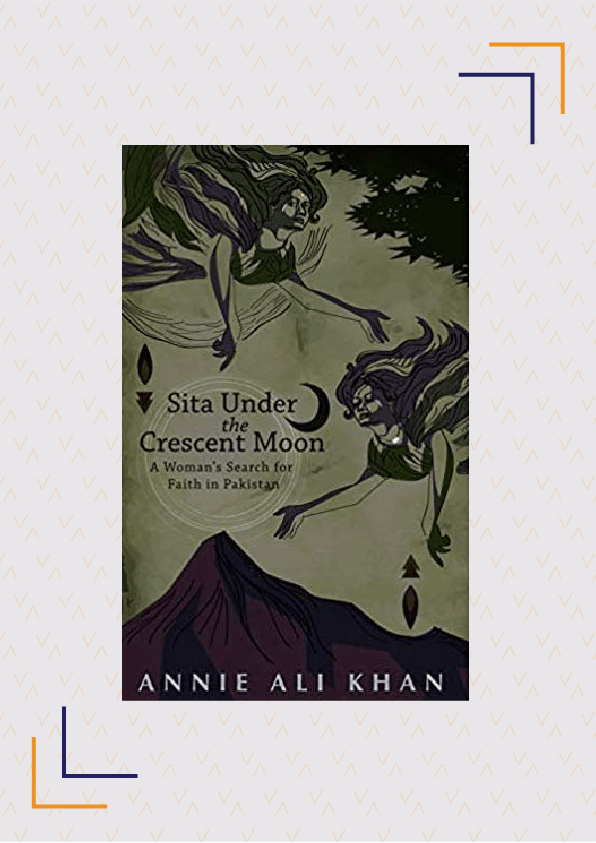 Sita Under The Crescent Moon

In some far corners of present-day Pakistan, groups of women have kept alive the legends of Sati, their name for Sita, through folklore and songs. In Sita Under The Crescent Moon, Khan goes on a pilgrimage with women devotees as they retrace what they remember of Sati. She tries to discover why Sati is so important to them, how their relationship with the goddess started, and how their stories compare to the mainstream depiction of Sati. In retelling the stories of these pilgrims, Khan studies how this worship has given these women the power and strength to rally against their reality. 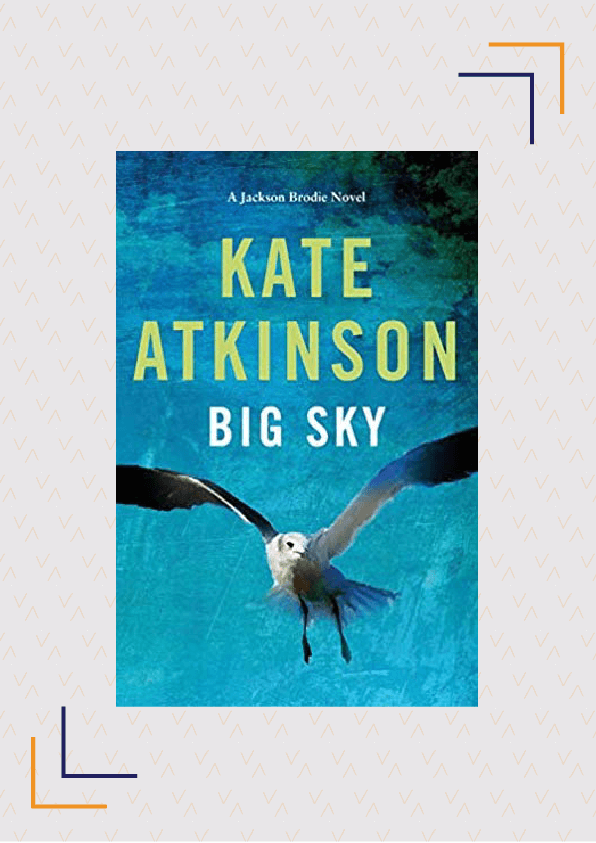 Jackson Brodie returns in Kate Atkinson’s latest literary crime novel. In Big Sky, Brodie is now living in a quiet seaside village, and working as a P.I. While doing some routine work in an infidelity case, he comes across Vince Ives, whose wife was recently found murdered. As Brodie looks into Wendy Ives’ murder, he finds himself embroiled in a case of human trafficking. Big Sky has everything you’ve come to expect from Atkinson- humour, wit, an engrossing plot, and an explosive ending. 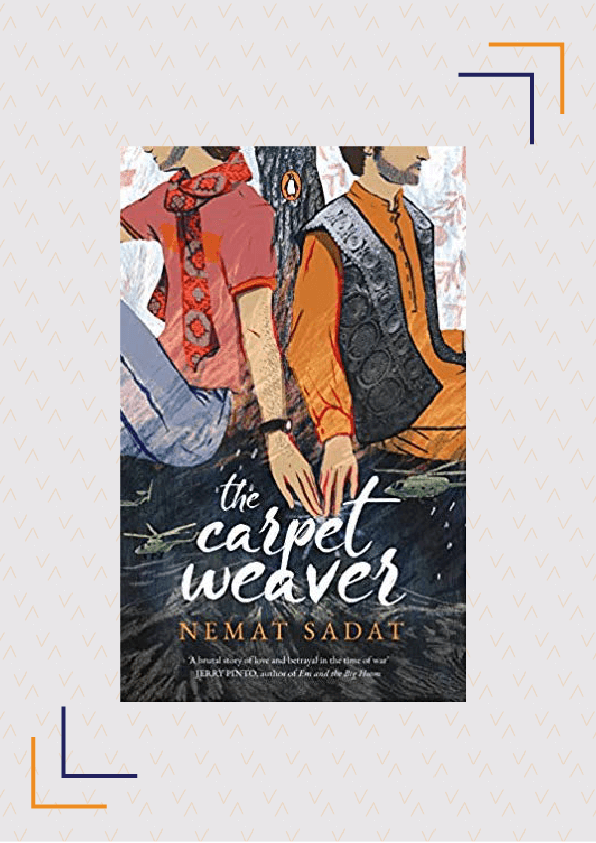 Sadat’s debut novel, The Carpet Weaver, poignantly shows how difficult it is to grow up gay in a country where homosexuality is illegal. In 1977 Afghanistan, Kanishka Nurzada, a carpet seller’s son, finds himself falling in love with another boy, Maihan. They must, however, keep their love a secret. When Afghanistan gets involved in a war, their life becomes even more complicated. The book follows Nurzada as he goes from Kabul to an internment camp in Pakistan, and finally, to the U.S.A., in the hope of reuniting with Maihan. This powerful novel from Afghanistan’s first openly gay native is heart-breaking but beautiful. 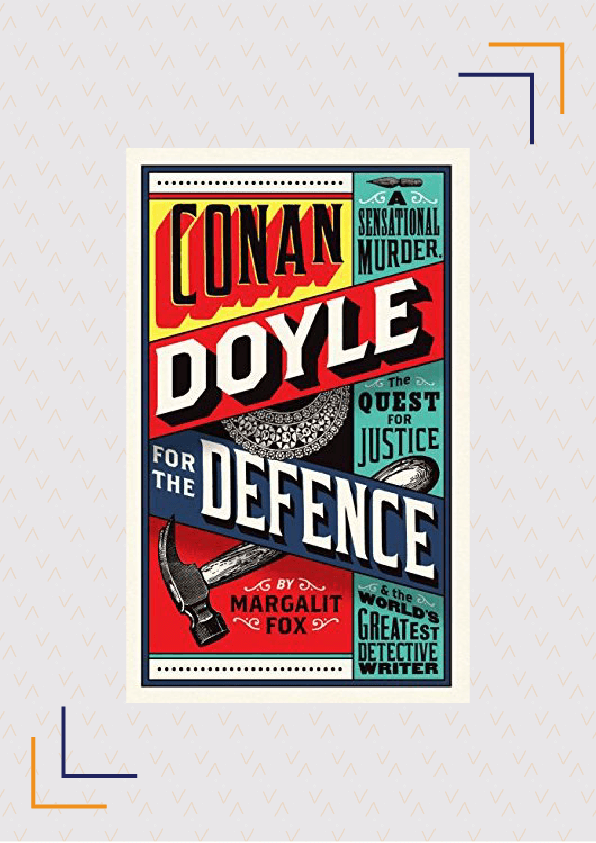 Conan Doyle For The Defence: A Sensational Murder, The Quest For Justice And The World’s Greatest Detective Writer

In December 1908, Marion Gilchrist, a rich 82-year-old spinster, was found murdered in her home in Glasgow and a diamond brooch was missing. The police soon latched on to Oscar Slater as a suspect, and despite having an alibi, Slater was convicted. 17 years later, he reached out to Arthur Conan Doyle for help. Doyle took on Slater’s cause and used his talents towards freeing him. Using original sources, such as Slater’s prison letters, this true crime book is a must-read, especially for Sherlock Holmes fans. 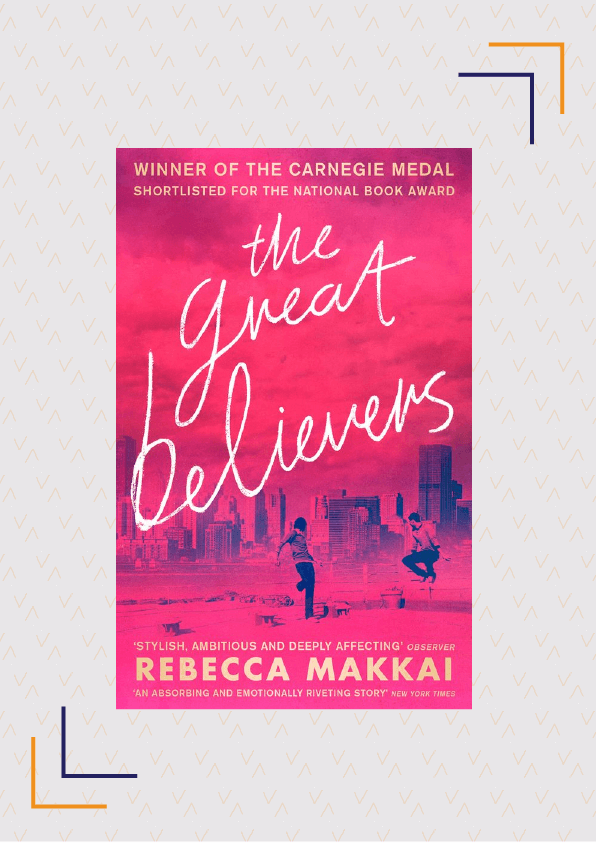 The Great Believers tells two parallel stories- one set in 1985 and the other in 2015. It’s 1985 and the career of Yale Tishman, the development director of a Chicago-based art gallery, is at its height. However, at the same time, his friends are dying of AIDS, his partner is infected, and he is worried that he might be, too. 30 years later, Tishman’s friend’s sister, Fiona, is hunting down her daughter, who is involved with a cult and has disappeared. In the process, she also has to deal with how the AIDS epidemic affected her life and her relationship with her daughter. This multiple award-winning book is about the horrors of AIDS, and its emotional impact on those whose lives are affected by it.

Disclaimer: Some of these books were previously available on Kindle or as international editions which were available for import. This list features Indian editions of these books, which tend to be more affordable. The information featured here is accurate as of May 22, 2019.