Books and films get along like a horse and carriage. Many books have been converted into fantastic films, and may actors have portrayed book characters beautifully. Trilby And Little Billee, based on the novel, Trilby, was the first movie ever to be adapted from a book onto the silver screen. Now, we’re seeing a trend of more and more actors switching gears and going from being stars to becoming authors. While it is impossible to say who the first actor to pen a book was, the list of actors joining the bandwagon is never-ending. Here, we have curated 10 books by celebrities which you absolutely must read. 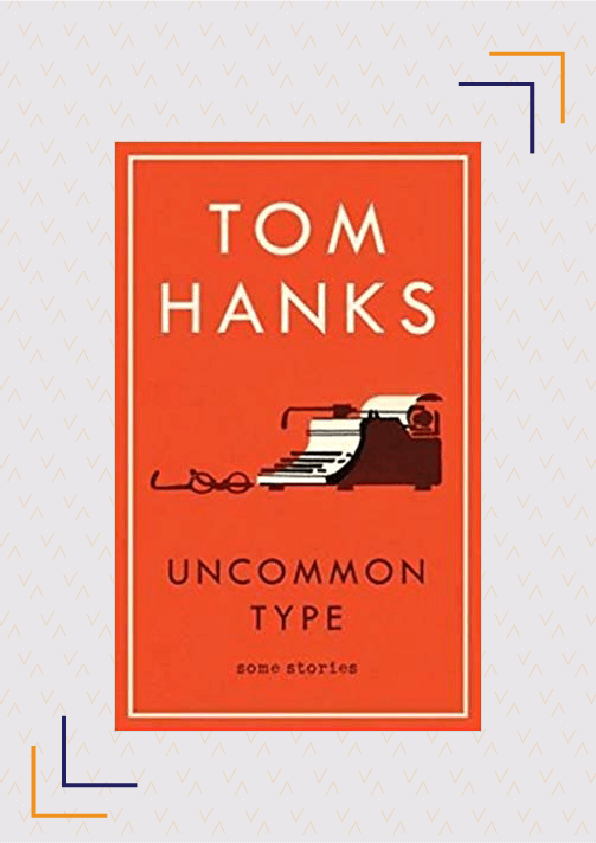 It’s not for nothing that Tom Hanks is considered one of the finest Hollywood actors and when he released his collection of short stories in October 2017, it met with rave reviews. The stories cover a broad range of subjects and topics- from stories of an Eastern-European immigrant whose life has been torn apart to that of an eccentric billionaire’s affair with his secretary, of a sexual affair between two friends to some friends going to the moon on a homemade rocket ship. Fun fact: Hanks has a collection of over 150 vintage typewriters, and while he does use them to make grocery lists, he didn’t write his stories on them. Typewriters do, however, show up in every story and sometimes are integral to the plot. 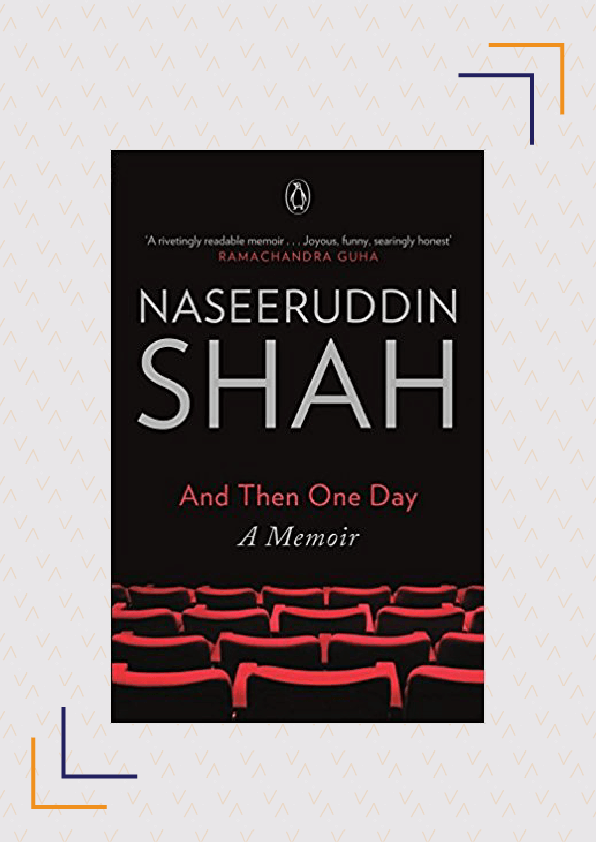 And Then One Day: A Memoir

Naseeruddin Shah is a brilliant actor and outspoken to say the least. As is to be expected of the famous thespian, his autobiography is also raw and hard-hitting and took him over 10 years to write. He talks about the sour relationships he had with his father and first wife, his sexual affairs, his experimentations with drugs, and shares anecdotes of and his personal opinions of other famous actors and writers such as Shabana Azmi, Om Puri and Girish Karnad. 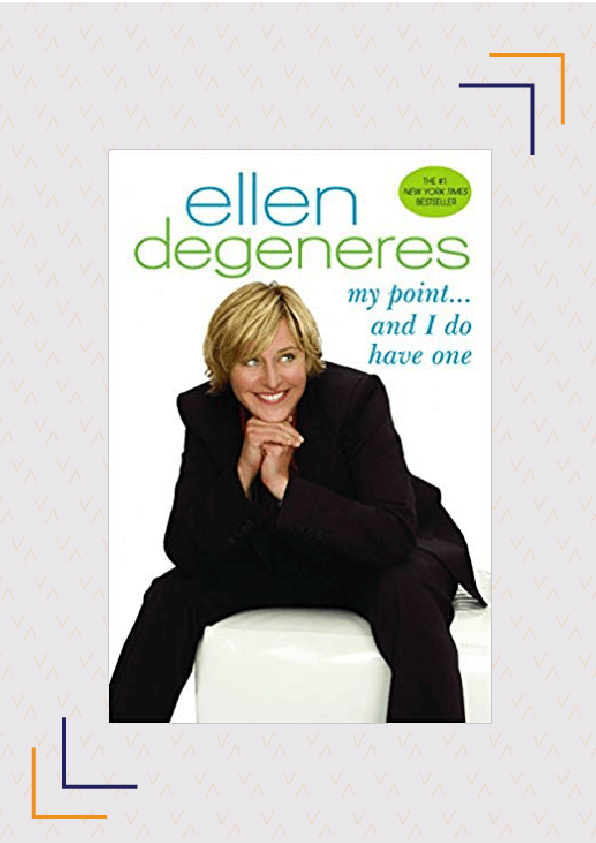 My Point… And I Do Have One

Ellen DeGeneres seems to have done it all- she’s been a popular actress, is the host of  Ellen, a highly successful TV show, is considered a powerful voice in the LGBT movement, and is an author of repute. She’s written a book about home decoration and a collection of ‘funny thoughts and ramblings’, but the book you have to pick up is My Point… And I Do Have One. This New York Times bestseller is a collection of humorous essays where DeGeneres shares her take on everyday incidents such as how people behave in elevators and restrooms, and her opinion on the obsession with celebrities and fashion. You can also expect to come across a recipe of her favourite dish! 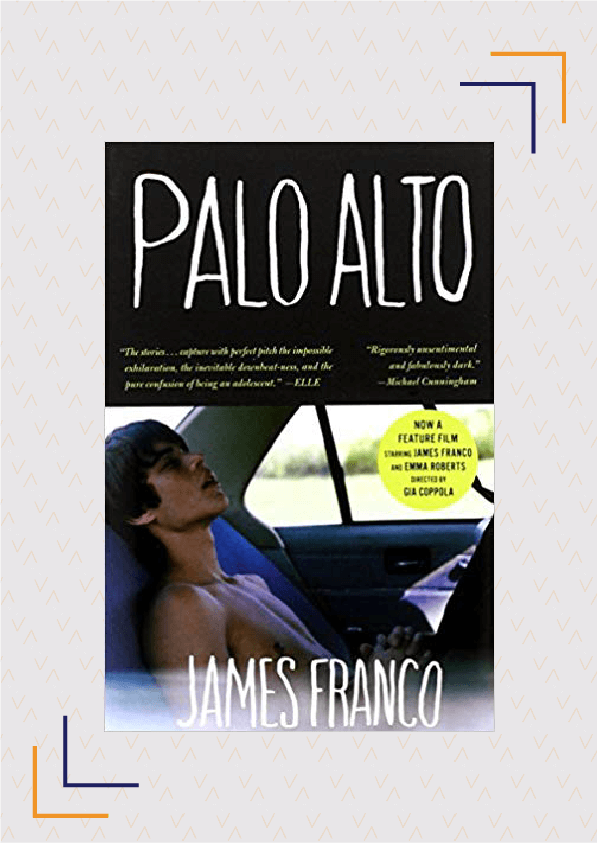 James Franco may have started his career as a teenage heartthrob but he evolved into a serious multiple award-winning actor who took on complex characters. Palo Alto, his debut book, is a collection of short stories, and much like the characters he plays, is moving and disturbing at the same time. Each story is based in his hometown of Palo Alto and is narrated by a disturbed teenager. The stories revolve around sex, drugs, violence, and other acts of delinquency. If you enjoy this book, you should also get your hands on his second book, Actors Anonymous, a collection of short stories about actors and Hollywood. 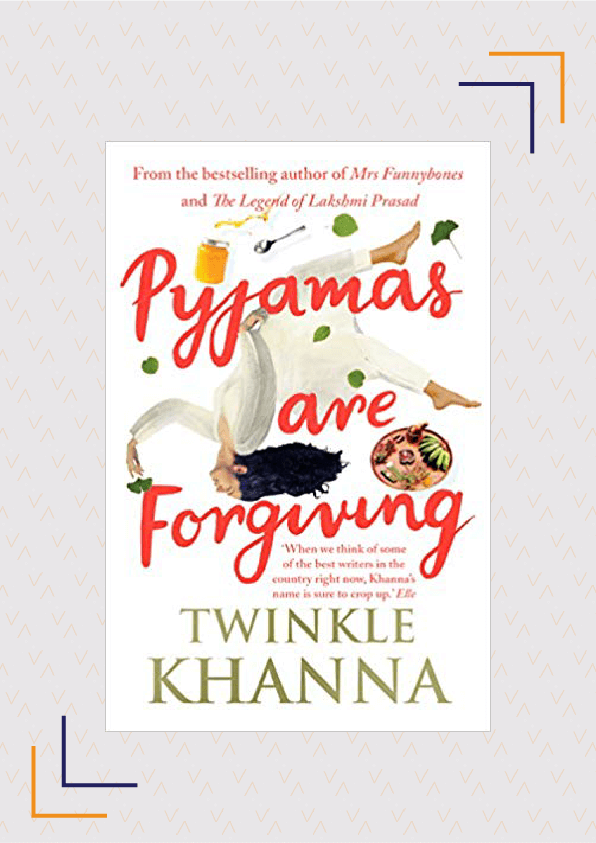 While Twinkle Khanna never really gained much popularity as an actress, she has made a name for herself as an author and columnist. The self-styled Mrs. Funnybones published her third book and first novel, Pyjamas Are Forgiving, in September. This light read is set in an Ayurvedic spa in Kerala and is the story of 40-year old, divorced and unhappy Anshu, who goes to the spa seeking rejuvenation. Unexpectedly her ex-husband and his current wife also show up at the spa, and what ensues is a dramatic story with a host of interesting characters. 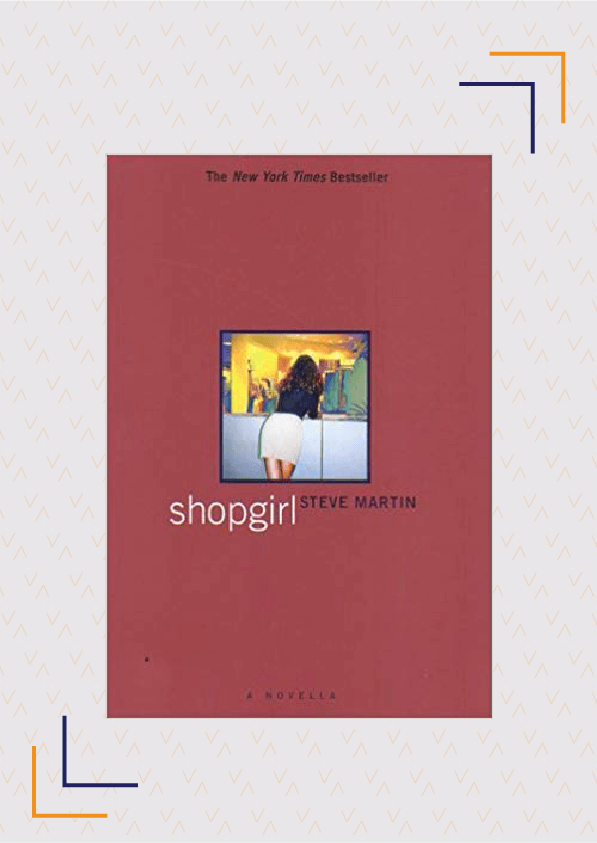 Shopgirl is a novella by stand-up comedian and Hollywood elite, Steve Martin and was also adapted into a highly successful movie in 2005. It is the story of a lonely and depressed Mirabelle Buttersfield who is a salesgirl at the high-end Neiman Marcus in Beverly Hills. While she is chasing millionaire Ray Porter in the hopes of a better tomorrow, socially inept Jeremy is hopelessly in love with her. What seems like a standard love triangle, is brought alive by Martin’s witty writing and his sharp insights into the minds of all three of his protagonists. 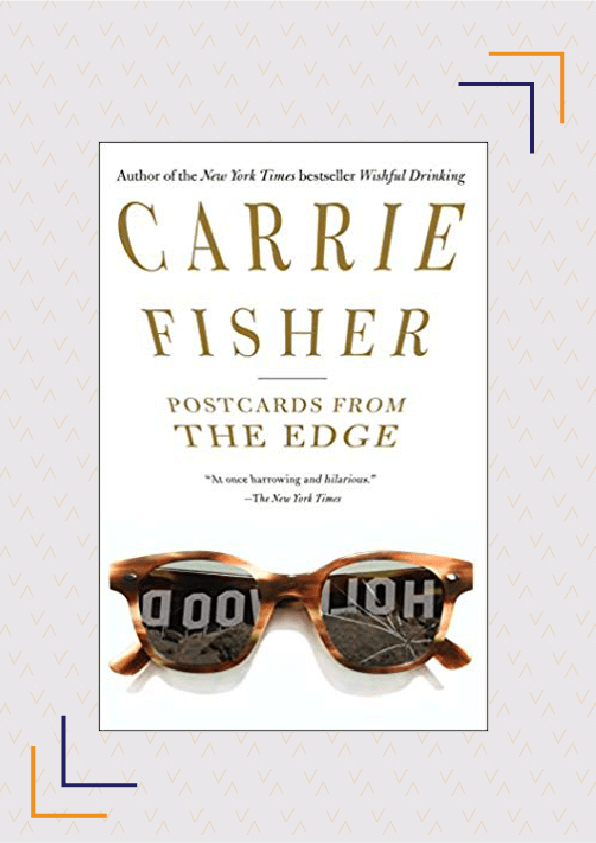 Postcards From The Edge

Carrie Fisher is most famous for her portrayal of Princess Leia in the Star Wars movies, but she also built up a reputation as an outspoken, witty, and intelligent star who spoke candidly about her drug addiction and stints in rehab. Postcards From The Edge is her semi-autobiographical tale of young Suzanne Vale, a Hollywood star who is in the middle of drug rehab. Self-deprecating and witty to say the least, Fisher’s debut novel is full of drugs, sex, relationships, and also expect a story or two on stomach pumping. 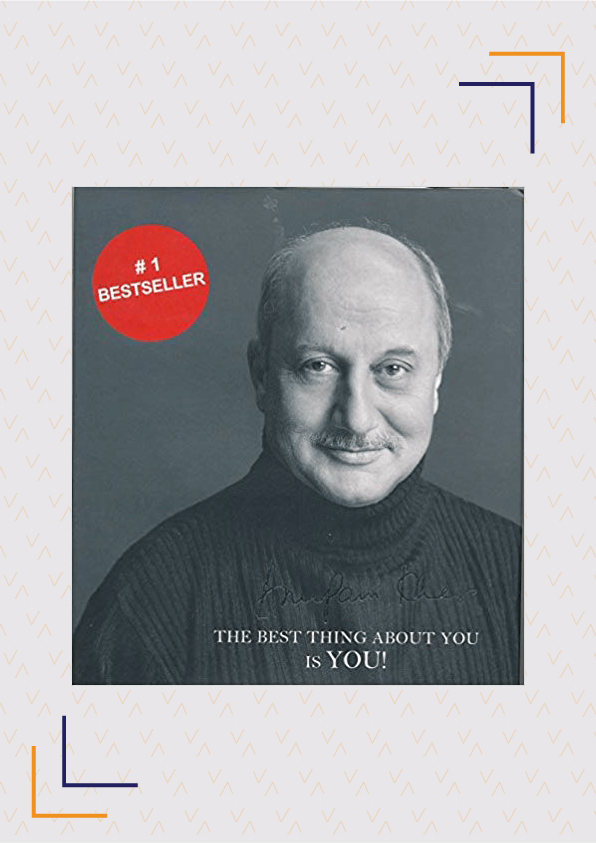 The Best Thing About You Is You!

Anupam Kher is an actor par excellence, producer, thespian and teacher and one of the few Indian actors to get international recognition. Using his own life’s examples, The Best Thing About You Is You! is the kind of motivational book that everyone who is facing self-doubt needs to read. Not born wealthy himself, Kher stresses upon the fact that you don’t need to come from money to make money and, at the same time, when you do become successful, don’t get carried away. His most important lesson is to stay optimistic in the face of adversity. 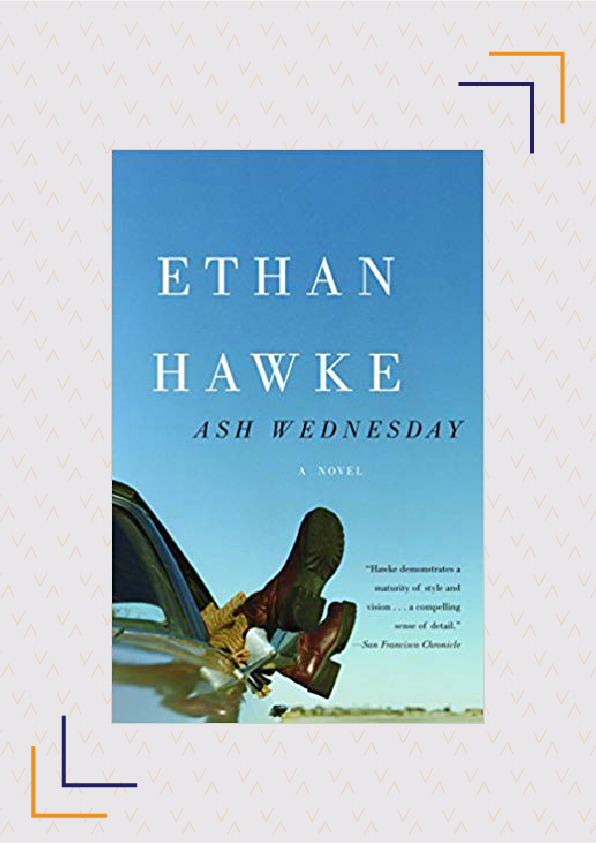 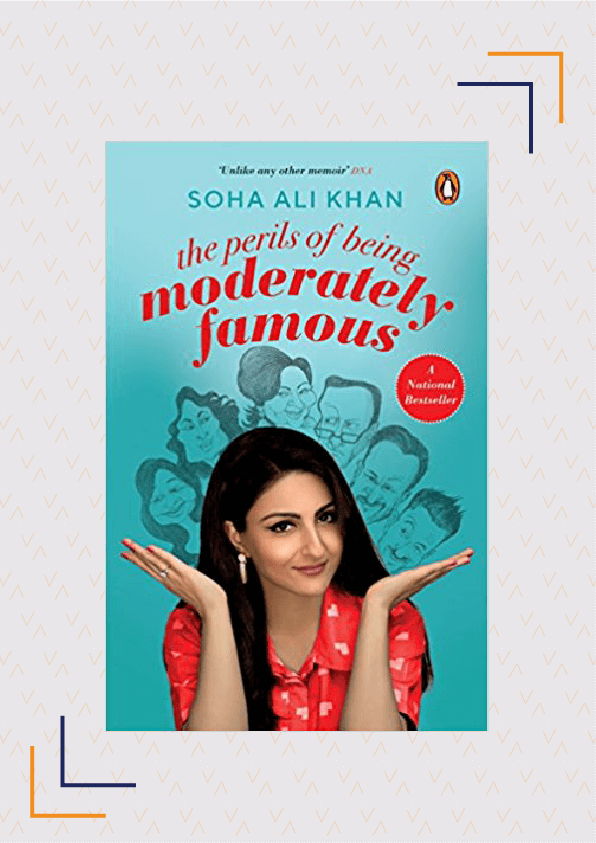 The Perils Of Being Moderately Famous

India’s very own femoirist, Soha Ali Khan, pens this hilarious femoir on her life, her more famous brother and sister-in-law (Bollywood superstars Saif Ali Khan and Kareena Kapoor-Khan), and her tryst with acting and films. With self-deprecating humour and wit, she writes anecdotes about dinner dates gone awry, being thrown into a bus with ‘locals’ when her car stalled during the Mumbai floods, and her experience with online trolls when it came to some of her tweets.