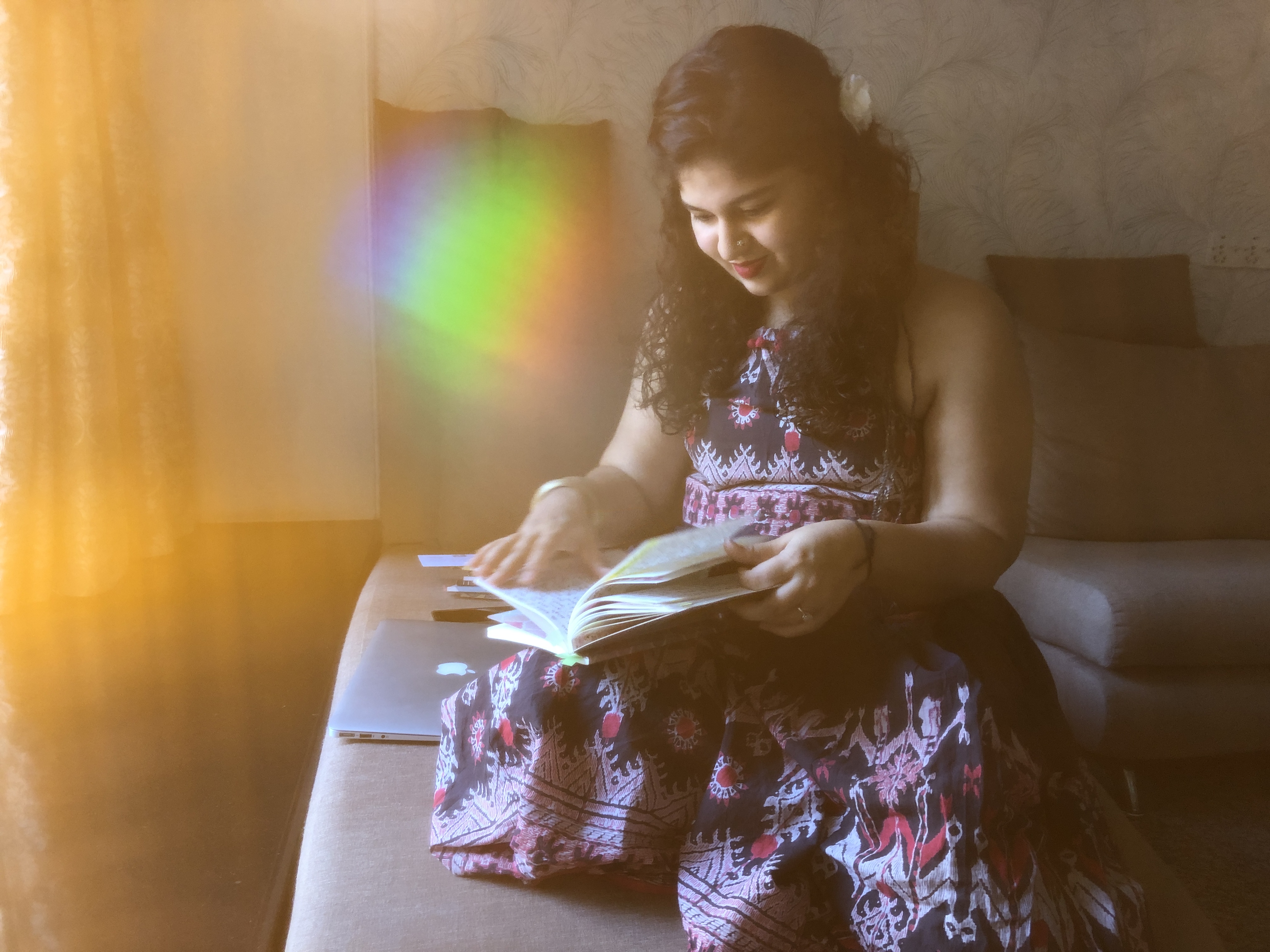 Adaptation ScoreThe adaptation score is a scale used to measure the accuracy of the book’s adaptation into a movie. It is not a score which judges how good the book or movie is: 7/10

This, to me, is illustrative of the differences between the series and the book.

The story of a young boy who leaves his cosy, suburban upbringing to seek an extraordinary life at Culver Creek Preparatory High School, Looking For Alaska was first published in 2005. It has since won Green a Printz Award, tremendous fandom across the internet and a ban from being taught at several school districts in the USA for its controversial content (read: smoking, drinking and sex). It was the first of his books to be optioned but its adaptation was shelved and resuscitated in several forms over the years. During this time, Green went on to publish four novels and has been a producer on two of their adaptations.

I bring up these timelines so I can offer you a bit of a disclaimer before diving in. I was once a massive Green fan (or Nerdfighter, as we were once called). I have been gifted a birthday cake with the words ‘Okay? Hazel Grace’ and am now married to a person who first asked me out using the famous ‘drizzle/hurricane’ line from this very book. Green resurrected my love for reading during a very dark time but over the years, it also became difficult to ignore the feminist critique of his work. So, I jumped into the series prepared to be very critical of it. 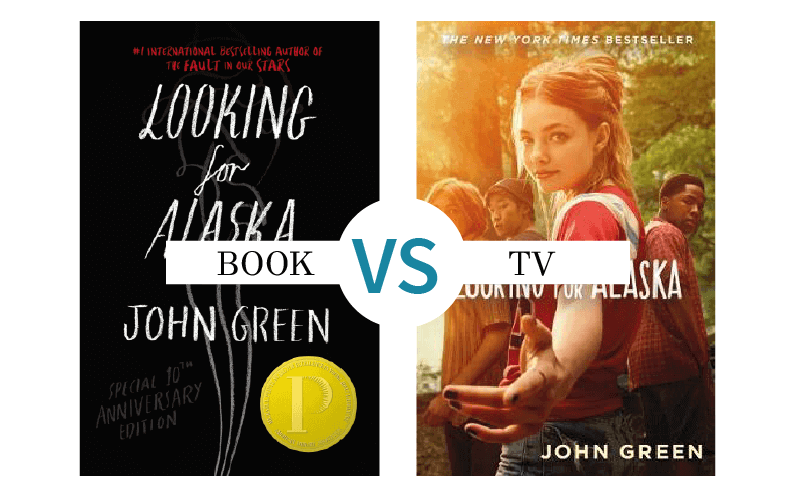 The good news here is that the show creator-producer duo Josh Schwartz and Stephanie Savage attempt to address at least some of these concerns. The number one critique made of most of Green’s books is his tendency to write Manic Pixie Dream Girls (MPDG). These are tropey female characters with a quirky personality who exist solely to take quiet, brooding male characters on adventures that help them open up and embrace life more fully. The Alaska of the books reads quite like a MPDG, given that the story is told from Miles’ point of view, who sees her as a sometimes moody and mean but brilliant person who has “mastered the right half of the Mona Lisa’s inimitable smile”.

However, in the show, we see crucial bits of the story from her point of view. We learn of her ambitions for the future and the fear that she’ll be sent back to her difficult life at home, we see her experience bullying and loneliness. It also helps that Kristine Froseth, who plays Alaska, imbues complexity in every moment, especially in a scene that strays from the book, where she rejects Miles’ advances to protect him from becoming a social outcast. It allows her to be a more rounded character, capable of mixed feelings, self-doubt and second thoughts, as opposed to the slightly-static young woman of the books—so deeply assured of her selfhood and sexuality that she always impulsively jumps up and performs acts that serve to move along Miles’ character development.

The writer’s general attitude towards the women in this show benefits supporting characters like Lara (Sofia Vassilieva) who gets a more detailed backstory than she has in the book, making her appear less of a stock European-accent-girl-with-big-tits and more of a real person with some of the usual problems of being an immigrant. She also becomes an active participant in the revelry and grief that follows, as opposed to just being someone’s fallback romantic option. But, and I warned you there was a ‘but’, the show also sexualises its women in two scenes where it absolutely didn’t have to.

In her introduction scene in the book, Alaska tells Miles and the Colonel about a boob-honking she experienced over the summer. In the show, she takes Miles’ hand and demonstrates said ‘honk’. Similarly, while the book shows a scene where Miles vomits on Lara’s pants, in the show, the projectile puke hits her cleavage, which feels like a rather poor choice. It sends mixed messages about the lens looking at these young, school-going women. What’s worse, it attempts a brand of old-school ‘comedy’ that falls flat and seems a little predatory in the age of feminism and #MeToo. 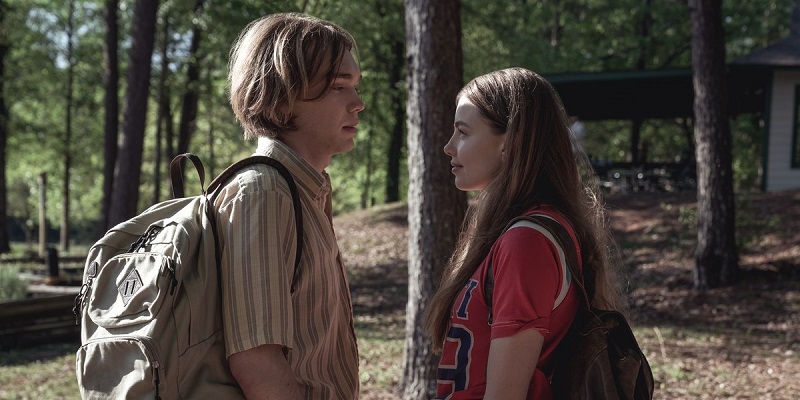 (A scene from ‘Looking For Alaska’ via The Hollywood Reporter)

Apart from a few choices like these, the show actually glitters when it goes off-book. It humanises the Eagle, Culver Creek’s tough-on-rulebreakers Dean, by allowing us a peek into his mind and his worries for his students. It gives the typically wise and elderly religious studies teacher, Mr. Hyde, an interesting backstory of love and loss. But perhaps the show’s best decision is to cast Denny Love, a person of colour, in the character of Chip a.k.a. the Colonel, a scholarship kid in a boarding school full of rich, white, privileged brats who get to go back to their plush homes and lives every weekend.

The book never explicitly states his race, but the choice adds a layer to the Colonel’s motivations in the ongoing prank-battle with the Weekday Warriors, his obsession with honour codes, his angst-ridden fights with his rich girlfriend Sara, and, ultimately, why the stakes are higher for him in comparison to his closest friends. The show also marks him as an outsider trying to fit into this world with a stellar sequence at a debutante’s ball in a country club. I don’t want to give much away but the show’s most thrilling prank and one of its most tender moments coincide here. Love is a stellar performer and carries most of the series ably along with that chip on the shoulder that characterises the Colonel.

The character (and performance) that takes the largest hit because of the transition from book to screen is Miles, played by Charlie Plummer. In the absence of some of the sparkling internal dialogue and the awkward, deadpan wit of the book’s first-person narrative, he felt a little flat. I also feel that Plummer, who is boyband-pretty, lacked some of the gawky nerdiness of Miles and remained unconvincing in some of his key emotional scenes. In comparison, Jay Lee shines as Takumi, even though an important book reveal is taken away from his character in the show. 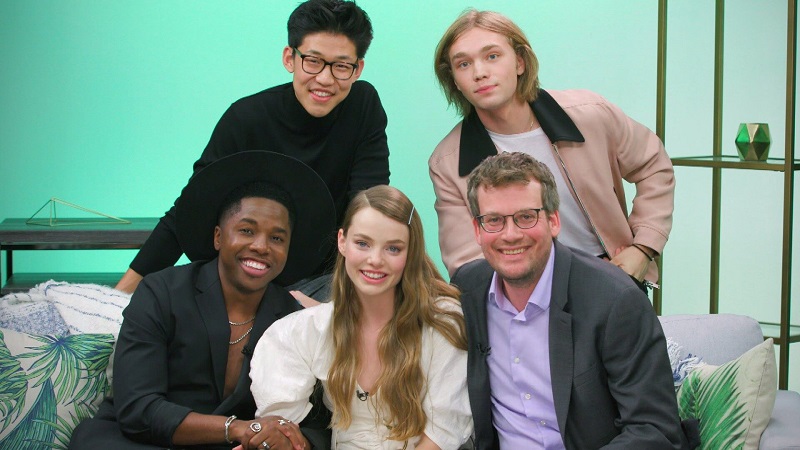 The show is great at capturing the period, setting and smaller details of the book — the sweltering non-airconditioned Culver Creek campus, the 2005-style payphone, the tiny, annoying shower faucets, the duct-taped trunk that is fashioned into a coffee table, and the school swan who is supposedly the spawn of Satan. Ramsey Nickel’s cinematography is exquisite, tinted in the appropriate sepia tones for a nostalgic story about to veer into tragedy. The music provides delicious throwbacks with some of the greatest hits from the 2000’s.

The pilot opens with an accident, and then structures the rest of the story as the days “before”, leading up to the catastrophic “after”, which is pretty faithful to the book. The series honours Miles’ obsession with the last words of famous people by titling episodes after some of the quotes from the book. I only wish they hadn’t erased some of the greyer areas in Alaska’s relationship with Miles by making both characters conveniently single when they needed to be. One of the quiet undercurrents of the book is the idea that ‘we don’t have a monopoly on the people we love’, and that sings louder when you have to grapple with knowing that there are points in Miles’ and Alaska’s relationship when they are both unfaithful to the people they’re dating. 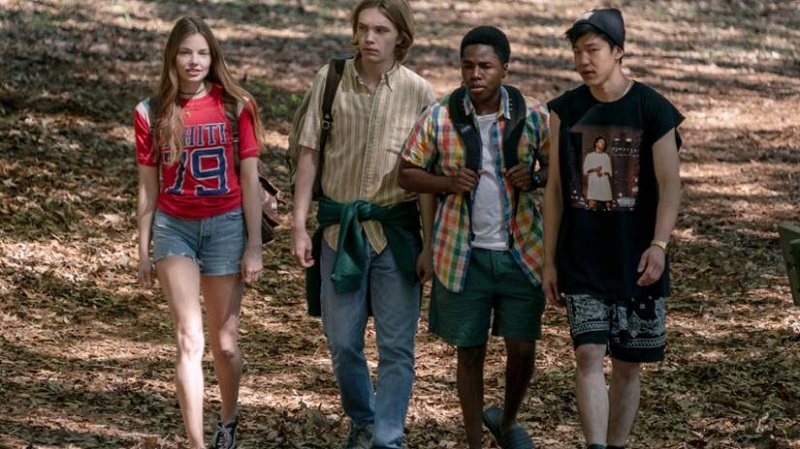 (Image via Den Of Geek)

Importantly, in the scenes that feature conversations about suicide, the series is more responsible than, say, 13 Reasons Why. It offers resources for teens struggling with smoking, drinking and addiction at the end of each episode. The book is nonchalant about these things, but given the role alcohol plays in a key plot point, it helps that the show doesn’t glamourise drinking the way Schwartz’s earlier shows, The O.C. and Gossip Girl, did. Those shows were also dodgy in their depiction of sex and romance. Whereas, in another departure from the book, this series normalises continuous consent in a scene where Miles and Lara make out. The bad news is that Schwartz’s TV-style dramatic treatment still makes its way into some parts of the series, especially in big conflict scenes. It misses the casual ease Green brings to his characters, even in over-the-top lines like “Y’all smoke to enjoy it. I smoke to die.”

It has been 19 years since the book came out and the conversations surrounding teenagers, addiction, sex, feminism, race, and suicide have changed phenomenally. I was hoping to see this book I grew out of evolve and update itself in this new avatar and bring something new to the table on those fronts. In that, I remain a little disappointed.

Nikita Deshpande is the author of It Must’ve Been Something He Wrote, a romantic comedy set in the world of publishing. She’s also a screenwriter, poet and filmmaker-in-progress and has previously assisted filmmakers on movies like Fukrey & Mirzya. Her work has been featured in Buzzfeed, The Rumpus, Scroll, Daily O and Grazia, among others. She lives in Mumbai where she hoards stationery and competes with her partner everyday to see who makes the perfect cup of filter kaapi.